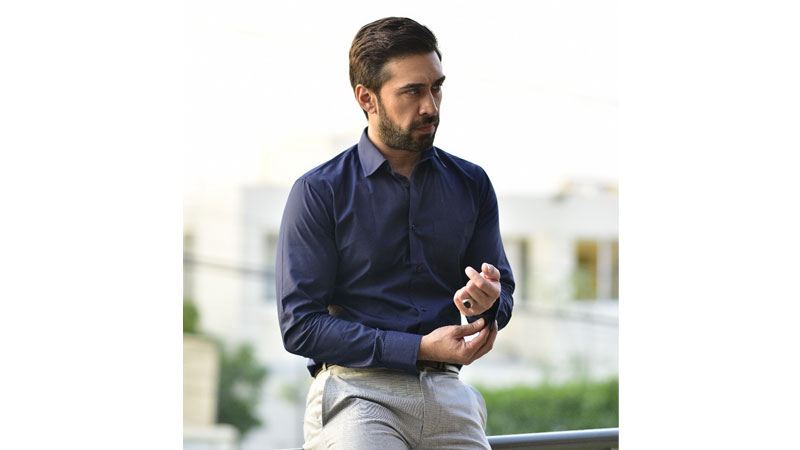 Actor Ali Rehman Khan looks like everything your mother warned you to stay away from in Shani Arshad’s new music video for his song “Adha Adha”. A combination of charisma and mystique often makes for a good bad guy and Ali Rehman Khan is definitely blessed with both. While some of his greatest performances have been as the protagonist, he has dabbled successfully as the hot hit-man in this new music video, where we see him like we have never seen him before.

The catchy pop tune grabs your attention as the video ties into the song so well, that it’s hard to take your eyes off the screen. Directed by Ali Sohail Jaura, the video is starring Ali Rehman as a hit-man who takes you on a four-minute-long journey with him, simultaneously making it impossible for you to hate this classy bad boy.

Ali definitely didn’t break into the business as a villain in his career, but when he did, he looks to have made quite a name for himself with his first performance.

Though an affable leading man, Ali walks into this music video with a cool hint of danger surrounding his ripped body and nonchalant facial expressions.