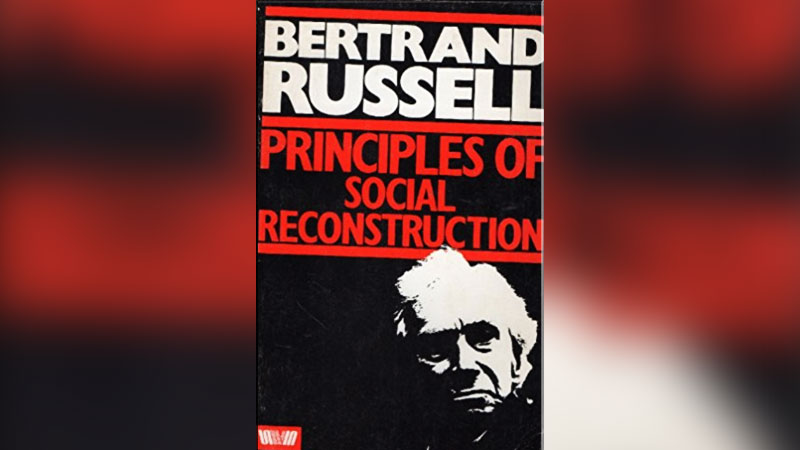 Principles of Social Reconstruction is an English book written by psychologist and philosopher Bertrand Russell who was from London. This book was originally published in 1971 and it was translated into Urdu by Abulfarah Yamayun. This book highlights many major things for the development of a country, like state and the government, poverty, social problems, war and many more. The concept behind the book is to describe the problems which can occur in a country, if the country does not cover education. A state should take care of its population’s education which is the basic right of every individual in this world. Many uneducated countries got destroyed due to lack of knowledge. The book is full of suggestions for chief ministers and the prime minister of every country. The poor condition of a country is only because of a high illiteracy rate and low economy power. Poverty also causes wars between two countries.