Political upheavals and economic turbulence in 2018 came close to overshadowing the water issue but did not but not quite do so. For many, particularly the environmental enthusiasts, the year was all about water resources.

In some circles, the buzz began early, months before the first National Water Policy of Pakistan was approved by the Council of Common Interests in April. For others, the then chief justice of Pakistan initiated a vociferous campaign for donations to build the Diamer-Bhasha and Mohmand Dams.

The sceptics pointed to the many failed crowd funding inititives in the past – including the Qarz Utaro, Mulk Sanwaro scheme of Nawaz Sharif in his second term and the more recent President’s Relief Fund of Gen Musharaff following the 2005 earthquake. Some highlighted the arithmetic (if Rs20 million was donated daily, it would still take upwards of three years to collect just the cost of construction, Rs23 billion. The dam would cost more than Rs1.45 trillion). Others still were wary of the ambiguity about what exactly the funds would be used for. Experts picked holes in the arguments for enhanced storage capacity, arguing that real solutions lay in conservation measures like preventing losses in irrigation and focusing on productivity of water use. Run of the river dams were proposed to compensate for within-the-year variations in water flow. Since retired, the CJP has clarified that the dam fund, which has raised Rs10 billion to date, was meant to raise awareness.

The first National Water Policy was approved by the CCI during the last months of the previous government’s term. Many questioned the utility of the document. Some accused he government of mere lip service to the cause. The 100-day agenda of the Pakistan Tehreek-i-Insaf government included ‘upgrade and implementation’ of the policy.

But why is a National Water Policy needed at all? Are not policies meant to be statements of intent rather than plans for action? Have they not been shown to be a developing country fascination as rarely does one come across a ‘developed’ country with a policy document like ours.

The first National Water Policy was approved by the Council of Common Interests during the last months of the previous government’s term. Many questioned the utility of the document

To borrow the development sector term, let us agree for the sake of argument that the policy is indeed demand driven. This still leaves the question about the CCI mandate in the wake of the 18th Amendment.

While provinces were not consulted during the ‘formulation’ of this policy, it does call for the very provinces to develop their masterplans for its implementation. It also recommends targets for storage, irrigation, conservation, drinking water and water treatment under the broad ambit of ‘water security’. The policy document also acknowledges that following the 18th Amendment devolution, irrigation, agriculture, rural and urban water supply, environment and ‘other sub sectors’ are essentially provincial subjects.

Herein lies the problem. It is impossible for the water issue to be addressed by a single entity, even by a Council comprising representatives of various entities or a provincial government. Water is too inextricably linked to every single thing. It is a public good to boot. This is why the management of water is such a wicked problem. Its sheer connectedness with other issues and the wealth of information that would be required to make decisions surrounding water use. 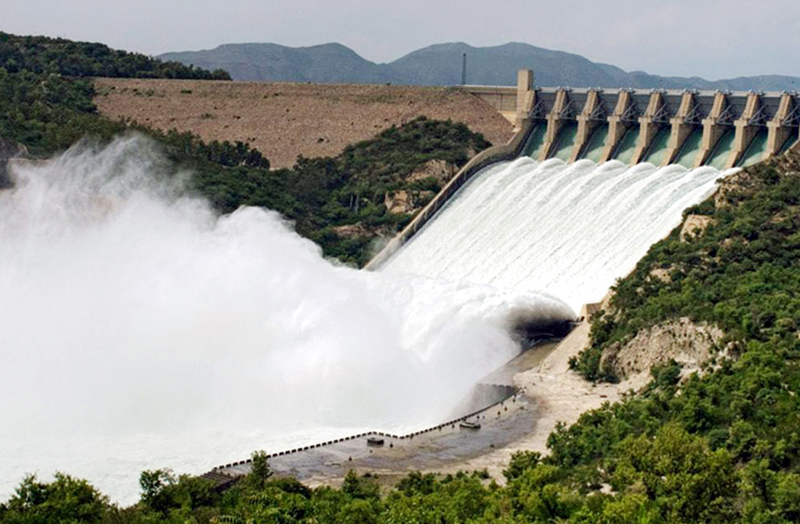 Then there is the issue of the number of people and opinions involved as a serious impediment to finding solutions. In this case, the formulation of masterplans for implementing the policy at a sub national level that take into account the opinions of a cross section of stakeholders. To jumpstart this conversation, the CSCCC, supported by the World Bank, initiated a dialogue in each of the provinces and Gilgit-Baltistan to gauge the temperature at the provincial level. Recommendations were solicited for the eventual masterplans in the 5 areas stipulated by the policy document.

Given the complexity of Pakistan’s geography and its multiple agro climatic zones, these recommendations varied widely (which may be a reason why a single policy does not work). However, some of the recommendations resonated across the board, such as the need for institutional restructuring and reforms of not only water specific institutions but also those managing health, engineering and physical works. A dismal lack of coordination between these departments on what they are doing in regards to the aspects of water they manage was highlighted. All the provinces called for improved research and data on accounting and auditing, volume of water, flows, quality, infrastructure, particularly to fill the gaping data absences in Balochistan on groundwater assets and in Gilgit Baltistan on surface water. There was a counter argument at the subnational conference in KP that research and data do in fact exist but are either not useful (or demand driven), or are organized in particularly inaccessible and unhelpful ways. There was consensus on the need for water pricing reforms, particularly abiana, upgradation of water infrastructure, investment in high-yield high-value crops, more water quality data and functional water treatment plants, and investments in water monitoring technologies.

These recommendations dovetail with those set out by the National Water Policy anyway- so why the push for local policies? Simply, each region indicated an inclination toward prioritizing a very particular challenge. By way of example, in the case of Balochistan, there was a definite nod to the stress increased urbanization has had on water availability, and the need to rethink subsidies on tubewells. In GB, stakeholders called for the construction of dams with sediment release facilities to prolong their lifespan. Deliberations in the Punjab yielded recommendations linked to the artificial recharge of aquifers and for penalties on the release of pollutants by industries. The exploration of maximizing the utility of natural reservoirs, such as the Manchar, Keenjhar and Haleji, were recommended in Sindh. In KP harnessing of rainwater potential, and the revision of the high prices of water quality tests were a priority.

These suggestions are indicative not only of the different priorities in each province, their physical geography, population dynamics and their economy, but also of the cultural and social significance that water holds.

Many more consultations would have to be conducted to solve the wicked problem and many, many more groups, including minorities and the marginalized will have to be brought to the table. The consultations may not yield results in our lifetimes. The KP minister for finance has recently been reported as saying “policies and plans hinder implementation”. As long as the focus is on developing one-size-fits-all policies for complex issues, the likelihood that the actual required changes, such as shifts in standard operating procedures, institutional mechanisms and behavioural change, will come to pass is slim.

The writer can be reached at anam.zeb@gmail.com