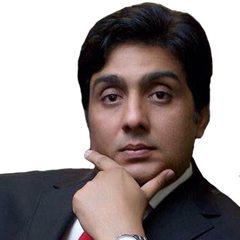 Medgar Evers (1925-1963) has rightly said, “You can kill a man, but you can’t kill an idea.” So is the case of Zulifqar Ali Bhutto who was judicially murdered but historically immortalized. Had Zulifqar Ali Bhutto been the name of an individual, he would have been died long before. However it is the name of an idea as well as a philosophy which can’t be killed, erased or defeated. History witnesses that Bhutto followed the footsteps of Imam Hussain (AS), Mansoor (RZ) and Sarmad(RZ) and gave his life for the truth and honor.

After 40 years of Bhutto’s assassination, the country has passed through several phases and has hit the lowest ebb. Due to deliberate indoctrination of Bhuttoism from the state and society, the country fell to extremism and thus lost its goodwill in the comity of nations as a moderate and progressive country. Sectarianism rose and infiltrated into every field of society and dominated the political scene too. Despite influx of dollars in Soviet-Afghan war, the economy started to crumble with the passage of time since the country was being run on ad-hocism. There was no such thing called corruption in politics during Bhutto era. In fact the political corruption was introduced and fashioned just to defeat Pakistan peoples party. The seeds of communal and caste system were sown and nurtured at the cost of ideas based politics. Despite all, peoples party came to power under peerless leadership of Benazir Bhutto. At this political engineers were hired to cut the wings of people party but in vain. However, the hate based politics started taking roots and our generations were made hostage to hate and intolerance. I feel no qualm to say that the panacea of all ills is nothing but the revival of Bhuttoism in Pakistan- a philosophy that can bring the country out of crisis. Today’s national scene is not as bad as was in 1971 when Bhutto came to power.

At that time, Bhutto rekindled the candles of hope and courage in the worst kind of darkness prevailed after 1971 war, in which Pakistan lost its eastern wing and 90000 Pakistanis became the prisoners of war. He singlehandedly dealt with the multipronged challenges and remained on terra firma through thick and thin. Being a scholar of first water, thinker and orator, he was able to convince the nation through his rational rhetoric and infused a new sprit to rise again. He had got the leadership of a country without constitution. As a matter of fact, the major reason for break-up of country was nothing but the absence of constitution. The second reason was that our eastern neighbor was too big to be resisted in traditional warfare. That’s why we lost 1971 war and more than 90000 defenders surrendered.

Bhutto wanted to see this country flourishing like that of a modern welfare state while his opponents worked to make this country as a security state. Bhutto was loud and clear in his prediction that if the country was to run as a security state, it could become Karbala or Grenada. His vision for Pakistan was nothing but to make it a welfare state. However, he was not negligent of defence aspect of the country as he had made it invincible by developing nuclear program

These two reasons inspired Bhutto’s brilliant brain so much so that he gave this nation a constitution in 1973 which, after forty years of his death, is still alive and works as a binding force. While in anger or despair, the units of federations, angry sections of society and political parties demand their rights enshrined in constitution 1973. It goes without saying that this constitution has bound this country in a single chain. His unrestricted love for his homeland led him to recourse to nuclear power for the country’s defence against a regional power which disintegrated the country and made 90000 people as POWs in 1971. He was diehard supporter of peace with India but not at the cost of honor and Kashmir.

We can imagine the country’s position without constitution of 1973 and nuclear program. God forbid! The country had been disintegrated into several pieces without constitution and could not defend itself against Indian aggression under Modi’s leadership. Modi was well aware about the nuclear teeth of Pakistan and could not proceed further in the so-called surgical strikes against Pakistan. In this way, Bhutto became the savior of the nation even 40 years after his death.

During his trial at court, he said on an occasion, “My place is mentioned on stars, I reside in the hearts of the people; I am the representative of the oppressed and the poor while you represent the rich; I believe in making institutions and you in occupying them; I believe in technology, you pretend to be pious; I believe in constitution, you call it mere a piece of paper. For me, the Molvi’s place is nothing but the mosque, you want to make him the owner of this country, I want to see the women enjoying freedom, you want to place them in darkness, I have ended the sardari system while you want to restore it; I am from the east, you pretend to be representative of the west. You talk about the security of Pakistan. What do you want to make this country: Karbala or Grenada?” No doubt Bhutto irrigated the roots of this country through his blood. It would not be wrong to say that whenever the leaders are put to a sacrificial death, the killers expire but the leaders are immortalized for good.

Bhutto wanted to see this country flourishing like that of a modern welfare state while his opponents worked to make this country as a security state. Bhutto was loud and clear in his prediction that if the country was to run as a security state, it could become Karbala or Grenada. His vision for Pakistan was nothing but to make it a welfare state. However, he was not negligent of defence aspect of the country as he had made it invincible by developing nuclear program.

Despite such great services to the nation, the elected leadership is maligned as corrupt by the establishment. On the other hand, the unelected leaders are allowed to do whatever they like. This is clearly not a healthy attitude of establishment. It is time to accept the role to be played by the elected leadership instead of unelected but pampered ones in the guise of leadership. No one is ready to buy this puppet show in the country any longer. Furthermore, this attitude has damaged a lot to the state and society of Pakistan. It is high time to follow the constitution in giving honor to the institutions. Nobody should be allowed to trample down the democratic, financial and human rights of the people.

One who claims to love God, should love his fellow beings too, who have been created by God. We know love breeds love. Bhutto loved his people and the people loved him in return. Today his mausoleum is visited by his followers on daily basis, who offer prayers for the elevation of his soul in heaven. It was Zulifqar Ali Bhutto who presented true picture of Pakistan in the world; Benazir Bhutto amplified his vision and mission and, now, Chairman Bilawal Bhutto is all set to play his part for the betterment of Pakistan. The followers of Bhutto are united to save the civil rights under the leadership of Chairman Bilawal Bhutto.