In Rwanda, a source of forgiveness after genocide 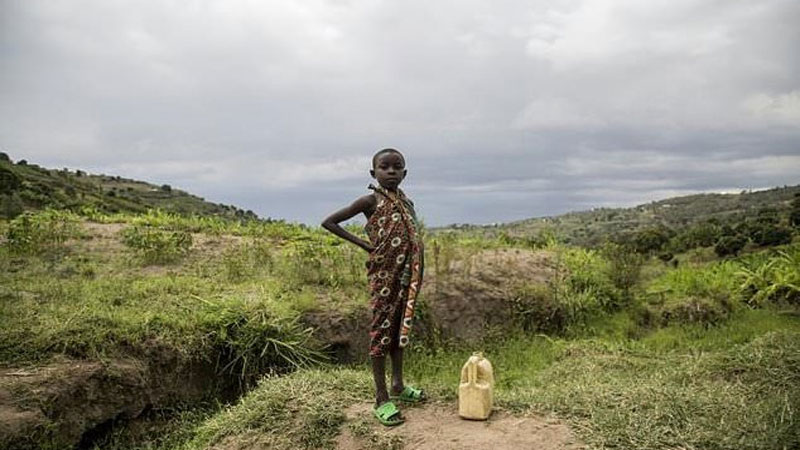 A trickle of water flows out of a lush green valley in Rwanda, the two villages on either side of the life-giving spring living peacefully with each other for years.

Gangs of machete-wielding men hacked their neighbours to death following the outbreak of inter-ethnic violence, a genocide in which over 800,000 mainly Tutsi people were killed between April to July 1994, according to the UN.

Today, that water source brings the people back together.

But 25 years ago, the tranquil valley, its rich farmland lined with banana, mango and avocado trees about 40 kilometres (25 miles) west of Rwanda’s capital Kigali, became a killing field.

Whipped up by extremist propaganda, the people of Giheta — from the ethnic Hutu majority — attacked their longtime neighbours in Ruseke from the Tutsi minority. Some 70 people were massacred.

“It was a big shock for us,” said Daphrosa Mukarubayiza, 57, whose husband and son were killed. “These were people who we used to socialise and drink together with. We shared everything.”

Elders in the communities spoke of how people would gather to chat as they waited for their water containers to fill, exchanging gossip and news, a peaceful place that brought everyone together.

After the genocide, both villages still relied on the water, but took it in turn to avoid having to meet, if at all possible.

Jean-Claude Mutarindwa, 42, was a youth from the village of Giheta when the genocide took place. Unlike his brothers, he did not pick up a machete to kill and that helped him lay the foundation for reconciliation.

“I told myself that since I was part of the village, I had a duty to participate in this act of love, asking them what we could do for them to forgive us,” Mutarindwa said.

“The task was complicated.”

In 2005, the two villages relived the trauma of the killings when trials took place in the community-run courts called “Gacaca”.

Mutarindwa convinced his neighbours in Giheta to cross over to Ruseke and help them farm their fields.

But when they came back home safely, the next time nearly 200 came. On the third trip, the whole village of Giheta came to help.

The two sides held a deeply emotional reconciliation — and a big party — in the centre of Ruseke.

For those in Ruseke, it seemed the right time to let go.

“I felt ready to forgive,” Mukarubayiza said, who knew Mutarindwa since they had met at the same church. “In a gesture of humanity, I told Jean-Claude to ask his people to come to ask forgiveness.”

After the ceremony of reconciliation, the children of each village led the way. Soon they were making friends across the shared waters of the spring. Life resumed its natural course.

Still, not everyone shares this optimism. Josepha Mukaruzima, 70, from the village of Ruseke argues that those who asked for forgiveness were not those guilty of the crimes.

Grudgingly she has accepted the situation, but feels true reconciliation requires more.

“It is far from being enough,” she said. “It misses many things, it is superficial.”