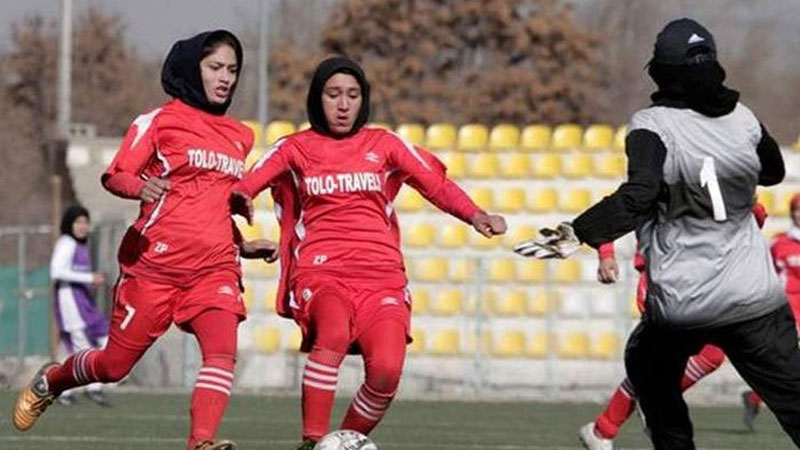 Allegations of sexual abuse of members of Afghanistan’s national women’s soccer team by sport officials have resulted in missed paychecks after sponsors pulled out, taunts and entreaties from parents to their daughters to quit playing. FIFA, global soccer’s governing body, suspended the head of the Afghan Football Federation and several other officials in December. The Afghan federation has called the allegations against its president, Keramuddin Keram, “groundless”. Afghan President Ashraf Ghani ordered an investigation after Britain’s Guardian newspaper reported in November that senior figures linked to the women’s team alleged that some players had been molested by federation officials.

The treatment of the female players, even those who have not alleged sexual abuse, illustrate the Afghan culture’s complicated approach to handling matters involving both women’s sexuality and participation in sports. The national women’s team was only formed in 2010. Some conservative-minded Afghans oppose women playing sports.

Since the investigation was launched, so many players have stopped training that friendly matches scheduled for outside Afghanistan have been cancelled, said the federation’s Arzu Rahimi, who is responsible for women’s football.

Public shame, family pressure: At least seven players have made allegations, although they have not been identified publicly. Five of the players who have made allegations did not respond to requests for comment from media. Parents, alarmed by public treatment of female players since the allegations, have urged their daughters to give up soccer. “My mother told me not to go to federation, university or even outside the house anymore,” said Samea Hamasi, 25, a member of the team for seven years. Players who were in Uzbekistan for a series of matches in November faced taunts from Afghans living there. Players sobbed in the dressing room in Tashkent’s stadium and had to be coaxed to take the field, many with tears in their eyes.

“After what people have put us through, I say to myself that I wish I were not an Afghan at all,” Samea said. Fereshta Shaikh Miri, 23, has played for the team for five years. “Before I was proud to be a member of the team, but now it is a stigma to be part of the team and I feel ashamed to mention that I am part of the national football team,” she said.

The men’s soccer team, receiving government support, has begun spring training, but training has been cancelled for the women. Dubai-based Alokozay Group, a company with a ubiquitous presence in Kabul selling soft drinks, tissues and tea, pulled its $850,000 annual contribution to the federation in February, following Danish sports brand Hummel, which cancelled its sponsorship in late November. Afghanistan’s football federation is now solely funded by FIFA, the Asian Football Confederation and the government. “All the achievements of the national football team would be impossible without (Alokozay’s) support,” said Yusuf Kargar, supervisor of Afghanistan’s football federation. “After all the rumours about the abuses of female players, they are looked at negatively by the public.”

Alokozay cancelled its sponsorship because of an administrative vacuum resulting from the allegations, the company said in a February statement. In a statement in November, Hummel cut ties with the Afghan Football Federation citing its “unacceptable behaviour”. The investigation of the players’ allegations is at an early stage, said Mohammad Sadeq Farahi, head of the crime investigation department for the Office of the Attorney General.

It now wants to send investigators to France, Denmark, Switzerland, Germany and Greece to interview players living abroad, and is seeking visas, he said. Separately, FIFA is conducting its own investigation. The organisation said in March Keram would remain suspended for three months.