Where are the credible teachers of Sindh?

* The latest test for the recruitment of teachers for the post of JEST and ECT taken by test conducting institutes, reveals some alarming results 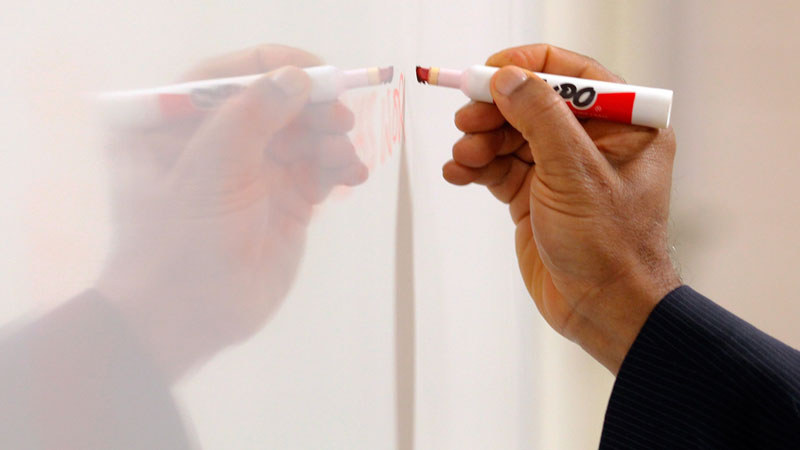 Education with learning and comprehensive intellectuality prevail enormous values of a nation. No doubt, failure of any system especially educational structure ultimately makes individuals suffer by pertaining to that particular system. Nowadays, Sindh has been wheel of social problems including poor performance of government in education and the economy etc, which eventually produces very surprising and exploiting consequences.

Killings and murders are common things which are observed on a daily basis as newspapers are full of these heart wrenching incidents and happenings. Consequently, the educational system failed to provide quality education to learners and academia is still stunted for the desired individual to execute academics and academia in a sound manner. There is a poor system of conducting tests for candidates to be selected for academics as the concerned institutes of test conduction are missing out on basic ethics and professional tools.

The latest test for the recruitment of teachers for the post of Junior Elementary Secondary Teacher (JEST) and Early Childhood Teacher (ECT) taken by test conducting institutes, reveals some alarming results. The total announced seats of teachers were 6000 of junior elementary school teacher (JEST) and 1100 of early childhood teachers (ECT), only 6% of the candidates manage to get the cutoff marks of 60%. The results have been surprised many of candidates and raised questions on overall educational system. Questions arises that why candidates badly failed to match the desired criteria? Or were the candidates not the sound with respect to academics and academia.

It was observed by electronic and social media that the apathy of our so called intellectuals blaming solely an entire youth and ostracising them for not being competitive is clearly unjust. This blame game approach will render the worst consequences in future and will also play role in discouraging the young, talented candidates for academic positions. For instance, last 30 years of educational environment of Sindh are witnessed for system that didn’t yield a suitable product which benefits the other concerned aspects and walks of life. So, it is clearly visible that the ethnic riots, religious violence, political interference in educational system had broken the backbone of entire educational system of the province; singling out a whole ethnic group for being incompetent itself is improvident to the education dynamics in our province. Concerned to that, it is compulsory to share an old story of a farmer and a shopkeeper, which is very famous to many of you might have heard many times, a shopkeeper complains about a farmer who cons him by giving him butter less than a kilo for the price of a kilo. When the farmer was inquired about this cheating the farmer replied: I am a simple villager I don’t have any weighing scale. I buy a kilo of flour every day from this shopkeeper and use this flour as a scale to measure my butter. So, if my butter is not according to scale then it is not my fault but actually the shopkeeper is cheating in flour measurement with me. Hence, blaming the youth of Sindh being so incompetent to pass a junior level school teachers test is completely unfair. Therefore the apathy is to completely neglecting the circumstances where these candidates or aspirants are trained from. Most of the candidates who applied for these jobs were the by-product of government institutions and their growth were stymied by the circumstances and still manage to get the degree of bachelor or masters despite being the prey of political riots, the whole era of ethnic violence and deliberate negligence of facilities allocations. Most candidates belong to the unpretentious background and unemployed. The current education minister must have the firsthand knowledge about the scenario as he himself belongs to the young generation and got education from these government institutions.

It was observed by electronic and social media that the apathy of our so called intellectuals blaming solely an entire youth and ostracising them for not being competitive is clearly unjust. This blame game approach will render the worst consequences in future and will also play role in discouraging the young, talented candidates for academic positions

The ineffective policies are rightly to blame for the whole situation. The terms and conditions in advertisement were not so lucrative for any career oriented person. Where the job is mentioned as contract based, no transfer facility TA/DA or other incentives to work in farfetched areas of the districts. The intention to address the future dynamics of education system and hiring the best possible teachers to deliver the curriculum and then offering them this type of career package is an irony itself. The education department failed in implementation of policies. Reform support unit (RSU) that was supported by World Bank completely failed to deliver and didn’t put reforms into practice and World Bank is winding up their projects.

If the government is sincere in hiring quality-based, meritorious teachers, then it’s mandatory to address the basic flaws and gaps that already exist already in the system on emergency. Hiring teachers from the concerned test conducting institutes through a top-to-bottom policy, grace marks or cutoff 50 percent ratio, training them and offering them with good salary packages, or advertising these posts again with lucrative job packages so the best of our brains can apply and play their vital knowledge in uplifting nation with a positive image is need of the hour. Again, if the government is willing to open schools in far-flung areas, then this responsibility should be handed over to the senior teachers already working in these departments and are drawing handsome salaries. It would be unjustified for the newly recruited candidates to afford the travel expenses that would defiantly compromise their performance and attendance.

Hiring quality teachers is not a panacea of this system failure, delivering of curriculum, the enrolment of students, truancy; basic facilities are still a big question mark on the reform system. We would reap its benefits tomorrow with a much more competitive and skilled generation. Basic infrastructure including full package of fulfilment of basic needs for the students and their academic environment should be sound.

A healthy and appropriate system of recruitment for academic positions must be sensitised on contemporary educational system in perspective of educational system concerned with performance of academic goals. The government must have a positive overview of the implementation of policy legalised through a proper channel. The concerned authorities for academic management must be monitored for fruitful results pertaining to people of Sindh with respect to education.

The writer is research scholar, a teacher and an activist. She can be reached at tahirfaika@gmail.com