A region that has witnessed atrocities and catastrophe for years has few days back, on 27th March , seen its first ever mega educational project. This project in total will incur the cost of Rs 880m. Additionally, it will be able to accommodate around fourteen hundred students. Initially it’s a school with limited capacity but in long term it’s envisioned to be stretched to university level. We would be able to see the network of schools, colleges and universities in a war torn Waziristan when this project will reach its culmination.

This project is a brainchild of Mehsud Welfare Association(MWA). This association is being headed by Rehmat Khan Mahsud who is a retired bureaucrat himself. The former is the chairman of MWA and along him there are other notables of Mahsud tribe who have worked hard to establish its credentials. To add to it, this welfare association is being supported by different welfare organizations which are contributing to the wellbeing of Pakistani society at national level.

Mainly, MWA has been providing scholarships to the underprivileged students of Mehsud tribe. There have been many deserving but badly off students who are now studying in reputable institutions of the country just because of MWA’s efforts.

It’s also imperative to suggest this association some points so that it could function further smoothly. Firstly, this association is largely dominated by the elite of the tribe. Their connection with the locals need further strength and advancement. Secondly, the process of granting scholarships should be made further transparent. As some parents have complained about the meritocracy exercised by MWA.

The foundation of an education city in war ridden Waziristan is itself an achievement for the Mehsud Welfare Association. For some Mehsud elders and young volunteers have done what the state was supposed to do. Their efforts would surely pay off one day

Thirdly, this association need to pick some competent volunteers to promote its welfare activities on social media. As the current social media team seems less sober and inconsiderate about the troubles being faced by their own scholarship allottees. The queries of the scholarship allottees and poor parents shouldn’t be laughed off. Instead their concerns should be paid heed to. Last but not least the people spearheading its activities should keep it free of the influence of any certain sub-caste or individual. It will make it more democratic and accommodating. 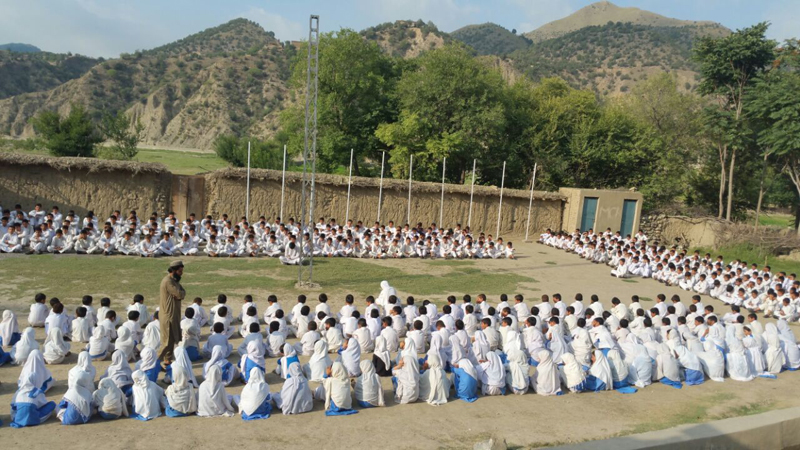 Setting aside these aspects, MWA has so far done exceptionally well. Given its limited resources the association has managed its activities quite elegantly. It has tried its level best to accommodate all the deserving students. However, their is always some room for improvement.

The foundation of an education city in war ridden Waziristan is itself an achievement for the Mehsud Welfare Association. For some Mehsud elders and young volunteers have done what the state was supposed to do. Their efforts would surely pay off one day.

To end, the inauguration of educational city in South Waziristan is no mean feat. This project will prove to be a stepping stone towards a prosper and peaceful future of Mehsud youngsters. Surely, the torchbearers of MWA have itched their names in the canons of history by blessing the hostile region of Waziristan with an educational city. Indeed, MWA has set a benchmark for government in order to introduce massive reforms at this level, in earstwhile Fata , in every walk of life.