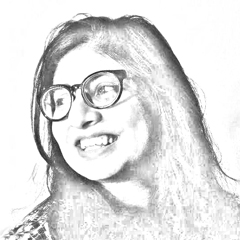 A sisterhood of superheroes

A trek through the open and welcoming village reveals the extent to which these claims are the truth. There is no visible trash. There are hardly any flies. There are no signs of open defecation, and the open courtyards of the mud houses are clean and welcoming. There are no puddles of stagnant water near their handpumps, and every little house has a green patch of vegetables growing next to it. How did this historically Hindu community achieve this milestone? The secret is in the unity of the women of the community. 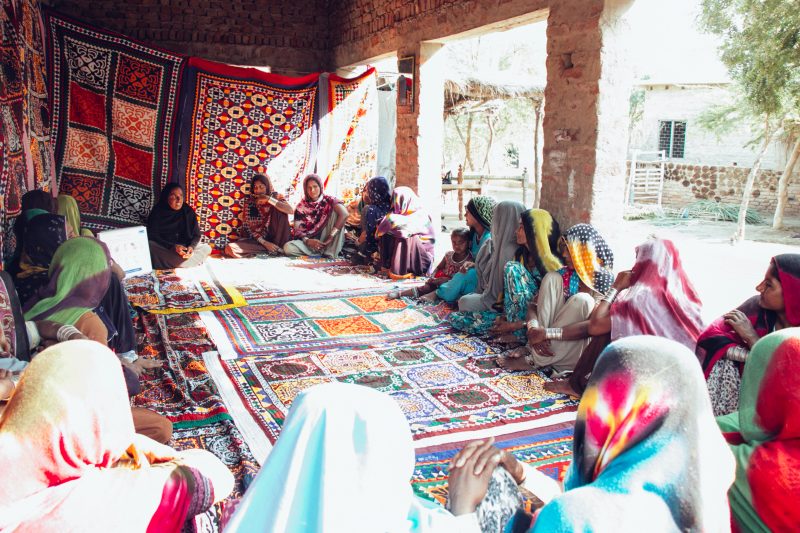 Goth Ghulam Nabi Shah was selected two years ago as part of a sustainable development and economic empowerment initiative by Sindh Union Council And Community Economic Strengthening Support (SUCCESS) Program and NRSP. When the researchers and trainers came, they found a strong sisterhood of women ready and willing to listen to what the social mobilization teams had to say. Any resistance from the men of the community was overcome by the women’s enthusiasm for change. They recall that they were organized into Community Organisations (CO), Village Organisations (VO), and finally affiliated with a Local Support Organisation (LSO), which, in their case, is LSO Lakhat. Their Community Resource Persons (CRPs), who are trained by SUCCESS and NRSP staff, started conducting several training sessions. The focus was on awareness reproductive health, hygiene, recycling, with a dedicated component on water, immunization, sanitation and education (WISE). The industrious women haven’t just learned from the various development and educational opportunities provided by SUCCESS and NRSP, they have adopted and adapted the interventions that were discussed and shared with them according to their needs and are now leading a small scale revolution in their area. 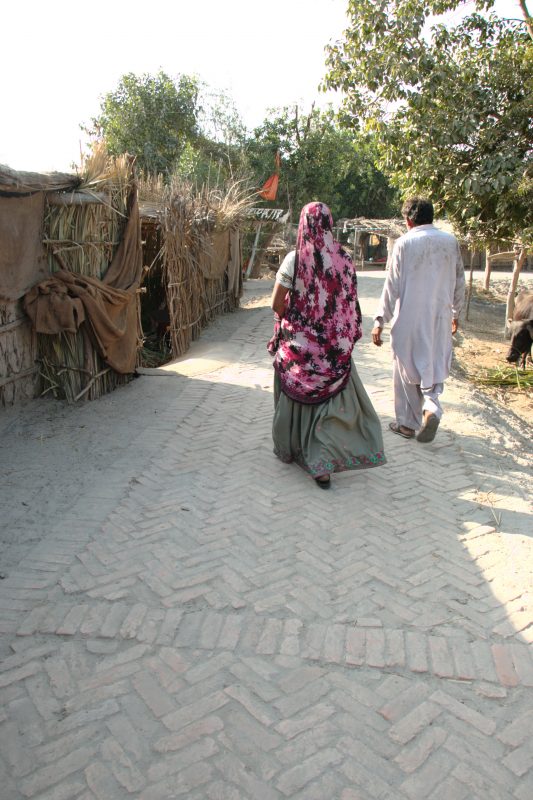 As a first order of business, the women themselves involved their male family members in partnering with them on building a proper brick road in their village through a Community Physical Infrastructure (CPI) scheme. The women raised Rs. 14,000 amongst themselves and received a grant of Rs. 350,000 through SUCCESS to build a road that is 860 feet long. This road helps children get to and from school with dignity, allows mobility to the elderly, disabled and pregnant women, and has also created a way for farmers to bring in their share of grain on small rented vehicles. This road is swept clean morning and evening by community members and is as neat as the rest of the village. 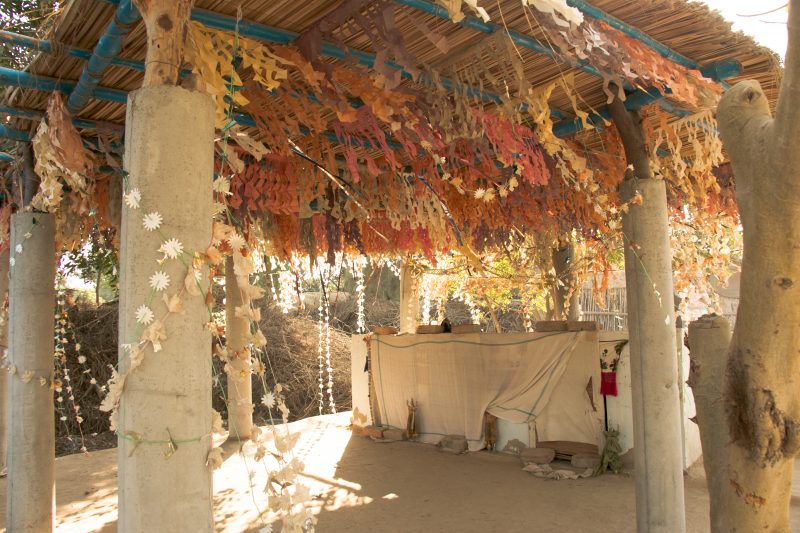 Another initiative that the women have taken is to recycle and compost their trash. While “less is more” and “reduce, reuse, recycle” sound like buzzwords fit for big cities, the women of Goth Ghulam Nabi Shah are setting an example by composting organic waste for their kitchen gardens and burying the rest in a large trash collecting pit on the outskirts of their village for proper disposal. They have also built trash-collecting pits in their courtyards for easy storage of the trash till it is sorted. This was one of their first collective ventures as part of their WISE training. The same trash that littered their streets and courtyards before and worked as a breeding ground for diseases, mosquitoes and flies in now disposed off in a sanitary manner. 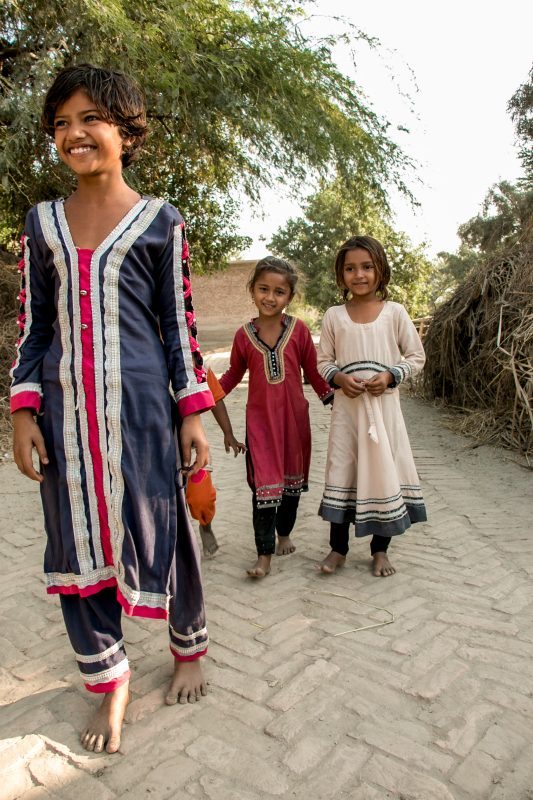 Goth Ghulam Nabi Shah in District Tando Muhammad Khan, Sindh, is one of the cleanest villages in the country. The residents of the village are ready to accept a challenge against their claim, especially the women who are leading a clean and green revolution in this far-flung settlement they call home.

In addition to this, while the community members still keep their cows and buffaloes close to their home, their excrement is no longer a problem since they have learned how to make compost out of it. This compost goes into nourishing their small kitchen gardens – more than twenty homes in the village now have green patches dedicated to growing seasonal vegetables. Women of the village are proud of the fact that they do not throw sewerage water to grow these vegetables, unlike commercially grown vegetables. 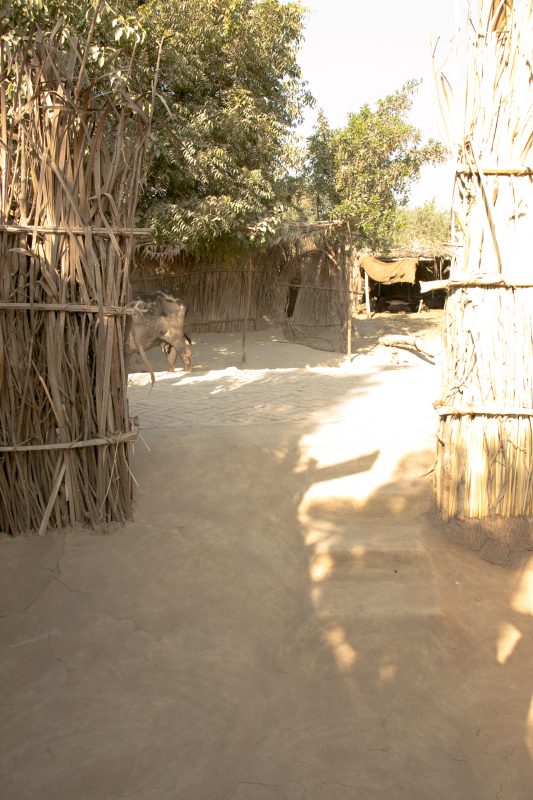 While exploring the village, one is also struck by a lack of any open defecation. One of the community members, Wali, is proud of sharing that when they learnt about the hazards attached to open defecation and how germs from human feces destroy the immune systems of children and pollute water sources, they were shocked and immediately wanted to resolve this. Open defecation had been a part of their lives for generations, but it made sense to them to avoid it now and save themselves and their children from the harmful effects and healthcare impacts of this practice. So, as part of a sanitation drive and to cull open defecation, they built small toilets next to a dozen homes, which are used by all now. The toilets are simply constructed and are kept clean as a communal responsibility by the women. Wali happily reports that due to toilet usage and washing hands afterwards, their children do not fall ill as frequently as before and their own dignity is restored. Their enthusiasm for their children’s continued health and safety shows as they share information about their immunization records as well. 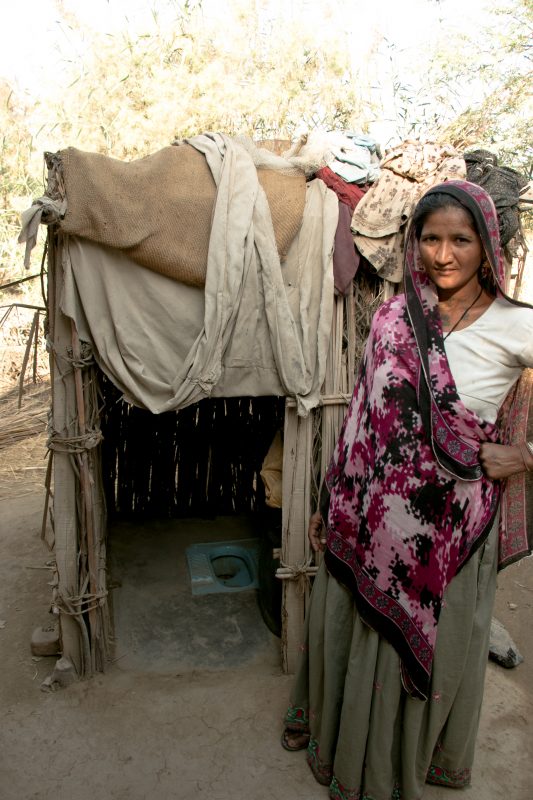 The women of Ghulam Nabi Shah, with their persistence and perseverance, are heroes, even if they laugh off the grand title. As the international “Women’s History Month” concludes, it is essential to share that Pakistani Hindu women are fighting tooth and nail to rise up above stereotypical representations of their lives and using several resources, such as the ones provided by SUCCESS and NRSP, to create a better world for themselves and their children. That their male fellows have been swept up by the tide of their hard work is another feather in their cap. The journey hasn’t been easy, but wonderful women are marching on. Other villages, and even cities, can learn a lesson or two from these purveyors of a “clean” revolution!

Nuzhat Saadia Siddiqi is a Lahore based writer and conservationist. She writes about culture, environmental issues and women’s rights.