Pulwama — A climacteric event? — I

Pakistan is a unique country that has successfully stemmed the tide of terrorism. The decade long struggle against this scourge has only come at a phenomenal human and financial cost. Pakistan has lost over 80,000 persons and incurred a staggering cost of $125 billion. This struggle coincided with coming to an end, the decade long rule by venal politicians, who literally waylaid the country and robbed it blind. The often talked, second pincer aimed at rebuilding of emaciated economy and of promoting peace has been launched with vigor and élan by the new political setup under the astute leadership of Imran Khan. Unconcerned with the cacophonous voices of the opposition, the prime minister is doggedly pursuing the goal of attaining economic stability through attraction of foreign investment to realise the full economic and strategic potential of the country. The government’s effort has already attracted great deal of investments and in a decade’s time the effects will become evident. Unfortunately, these developments are perceived to militate with those of its arch foe India and other states, who consider such developments antithetical to their enshrined policies and doctrines. While the PM was hosting a high-powered Saudi delegation led by Prince Mohammad Bin Salman, India seemingly managed to stage an attack on its troops in Pulwama, which led to the killing of 45 Indian soldiers at the hands of a Kashmiri freedom fighter. As usual, without due ratiocination, it blamed Pakistan. In spite of assurances from Pakistan to bring such elements to justice, albeit on production of actionable evidence, the Indian state machinery duly complemented by the cavalier Indian media decided to punish Pakistan. 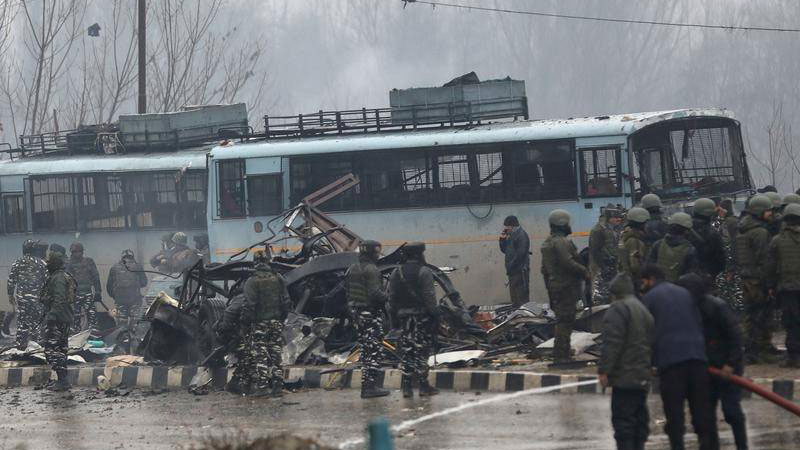 Once again India and Pakistan, the nuclear arch-rivals in South Asia,are locked in a serious conflict. While the Modi government was working to a pre-meditated plan, firstly, to reverse the effects of its unrealistic policies on the vote bank in the impending elections and secondly, to distract Pakistan from pursuing its newly contrived economic policies and projects with unflinching dedication and thirdly to daunt foreign investors. The equally irresponsible media without regard to severity of consequence began to spew venom against Pakistan. Perhaps, for the first time in history, anchors began to discuss war strategies with retired army officers and together they suggested, quixotic solutions that could lead to serious miscalculations. All this warmongering led to whipping of sentiments both against Indian Kashmir is and Pakistan. Kashmir is and other Muslims were subjected to harassment and abuse by burning their shops across India. Moreover, colleges/universities expelled Kashmiri students, thus, forcing them to return to their homes in Indian-held Kashmir. This wave of savagery also led to stoning to death of a Pakistani inmate languishing in Jaipur’s jail.

Other punitive measures included; banning of Pakistani artists from working in Bollywood projects, snapping of trade relations leading to colossal loss to traders on both sides, threatening to divert the water of rivers flowing into Pakistan and immediate returning of Pakistani visitors in India. With regard to the incident itself, it was perpetrated by a 22 year old Kashmiri youth (who had earlier been subjected to disgraceful punishment by Indian security forces). By now it is authenticated that the crime was committed by an Indian citizen. Secondly, Lt Gen Hood a, ex Commander, Northern Command, India himself accepted the improbability of bringing such huge quantity of explosive from across the Line of Control (LoC). He additionally hinted that the source of explosive could possibly be the construction work going on at one of their highways. Now juxtapose the offer of Imran Khan to India to provide evidence of involvement of any Pakistani and his continued beseeching for giving peace a chance, with the contumacious Indian stand on punishing Pakistan and of closing all avenues of dialogue.

To walk the impetuous and delinquent talk, Modi gave IAF the green signal to intrude into Pakistan and it forayed and dropped payload in haste while claiming for destroying a militant tcamp. Sober analysis, subsequently, revealed it to be a fictitious claim. True to his resolve, Imran Khan ordered a counter strike, which though did not result in any casualties or any collateral damage, but the imprudent and reckless IAF chose to make another foray and paid a heavy price. In yet another gracious gesture, Imran Khan announced the release of captured IAF pilot, but the puffed-up Indian government and its benighted media and public alike termed the gesture “knuckling under Indian pressure”.