Amitabh Bachchan’s Pink is a story of women empowerment 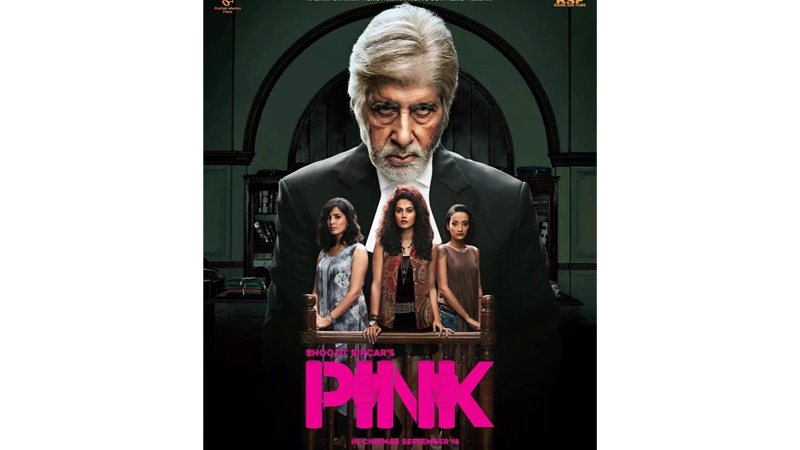 Every film of his, re-defines the genres and are highly intellectual and at the same time entertaining enough to hold its audience’s attention. ‘Piku’ and ‘Vicky Donor’ also managed to generate a high amount of profit at the box office. These films have managed to make a strong goodwill for this maverick filmmaker.

Thus, right from the first announcement of his latest film as a producer with ‘Pink’, the expectations were quite high. The presence of Amitabh Bachchan in a towering role along with some talented actors associated with it managed to create a good amount of curiosity and interest among cine-lovers.

‘Pink’, is a story of three independent girls Minal, Falak and Andrea who meets Rajvir and his friends at a rock show. Rajvir and his friends try to take advantage of the girls and in order to escape, Minal hits him with a bottle. A few days later, the girls gather their courage and decide to file a case against Rajvir and his friends. On the other end Rajveer belongs to a political family with whose help he files a backdated case and gets Minal arrested. Falak and Andrea try their level best to set Minal free and finally get help from a retired lawyer Deepak Sehgal. This leads to a trail where Minal and her friends are not only accused of hitting Rajveer but are also characterized as high level prostitutes.

The first half takes its sweet time to get established but once it does, it goes on a power paced mode where you do not wish to blink your eyes even for a single second. The tension keeps building up with every scene leading to a nail-biting second half full of court room drama.

The movie is presented in a realistic manner and does not wander into the typical melodramatic or traditional norms of what we have been witnessing in our Hindi films. There are many fantastic scenes realated to Kirti Kulhari, Taapsee Pannu, Piyush Mishra, Angad bedi and Amitabh Bachchan. There are many iconic scenes in the film but the final verdict by Amitabh Bachchan, overpowers everything.Speaking about the music, ‘Kari Kari’ is well placed in the film. But it’s the background score by Shantanu Moitra which works as an additional screenplay for the film. 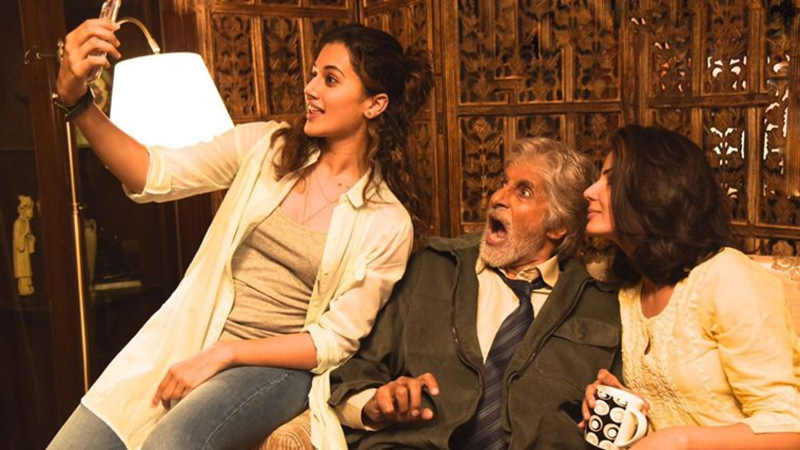 Director Aniruddha Roy Chowdhury breaks the stereotype court room drama seen in our Hindi film industry and comes up with a serious but overlooked matter about female consent and the typical prejudice male mindset followed by judging ones character based on various reasons.

Amitabh Bachchan surpasses many of his iconic performances and sets a landmark. Taapsee Pannu looks great and gives a yet another brilliant performance.. Kirti Kulhari comes back to her ‘Shaitan’ form and delivers a subtle but hard-hitting performance. Piyush Mishra is fantastic in his role and gives good balance to the towering performance of Amitabh Bachchan. Angad Bedi is good in his role of a bad person and will make you hate his character. Andrea Tariang is fine in her role as a debutant actress. Dhritiman Chatterjee lends good support.

Music is weak and needed few good background songs to work in favour of the film.

‘Pink’ is a colourful rendering of various emotions and power packed screenplay. The masses might find a bit hard to digest, but for all others, it remains a must watch even today.