The deal breaker for the Golan Heights

World War I was called the war to end all wars, but it became the mother of all conflicts including the Palestinian Question. The current US president Donald Trump, like all his predecessors, has decided to solve this issue by producing a plan he calls ‘the deal of the century’. Mr Trump who propagates himself as the ultimate deal maker, skilled and experience at the art of deal making, is actually a deal breaker for the current international order. In fact, he is only deal maker for Israel and Netanyahu. After Jerusalem, Trump has done another favour to the Israelis-recognition of the Israeli sovereignty over the Golan Heights.

The story of Golan Heights begun when the Arab Collation, and the Israelis came in front of each other in 1967 in a war, which was called the Six Day War, and Israel was victorious in it. Israel not only humiliated the Arabs by defeating them, but it also captured some of their territory. The Golan Heights are one such captured territory. The United Nations Security Council passed a resolution in 1981 rejecting the Israeli occupation of these heights, and the status of Golan Heights is that of an occupied territory. However, United States, under Trump Administration, has now recognized the Israeli sovereignty over this territory.

Under International Law a country cannot forcefully takeover another territory that has a sovereign present, which is exactly what Israel has done in case of West Bank, Gaza and Golan Heights. Even though the International Law cannot force Israel to end its occupation, it neither gives it the luxury of legitimizing it. However, Mr Trump’s recognition of Israeli Sovereignty over the Golan Heights is aimed at legitimizing the Israeli occupation.

The motivation of Mr Trump to take this step comes from different sources. First of all, his neo-conservative Evangelic Christians voters who believe that for the return of the Christ, Israel must possess the sovereignty over the Holy Land. However, they also believe that once he is back, he will have a war with all those who don’t believe in him, so this love for Jews is only temporary.

Modi was using the tensions between India and Pakistan to boost his election campaign and gain some support. Netanyahu is doing the exact same thing by getting the Trump Administration to recognise Israeli occupation of Jerusalem and Golan Heights.

Secondly, the Israeli Lobby has historically been very strong in the USA, and in the past, the US presidents played with caution. They made this lobby happy without breaking the hopes of Palestinians. For instance, Israel maintained virtual control over the West Bank and Gaza, but it was never legitimized. However, Trump is not like the other presidents, as he is a deal maker. This deal making is only for the brutal regime like Israel, the so called ‘only democracy in the Middle East’. For the rest of the world its deal breaking.

Perhaps the most important reason behind this move is Iran. Iran has been on the US’s axis of evil for a long time. Though Obama did try to normalize the relationship between the Iranians and the Western countries, Trump crushed all those efforts by leaving the Iranian Nuclear Deal. This anti-Iran sentiment is very high in the current administration because of different reasons and different lobbies present in the US. These lobbies are pushing for promotion of a greater Israel, and an Arab-Israel partnership against Iran.

The first group in this anti-Iran league is Israel itself. Israel feels threatened by Iran, as it is the only country in the region that is actively supporting the Palestinian cause. It is also providing support to Hezbollah, which has gone lengths to annoy the Israeli authorities. Then there is the Iranian Nuclear Program. Israel feels threatened that once the Iranians develop their nuclear capacity, the Iranians can easily target Israel. They felt threatened by the fact that the nuclear deal may provide Iran some loophole to nuclearize, and therefore they encouraged the Trump administration to withdraw from the nuclear deal. Now this lobby has pushed him towards recognition of the Israeli sovereignty over the Golan Heights.

Another group in the anti-Iran lobby is the Saudis. The Saudis and the Iranians want to dominate the region and the Ummah. The cold war between these two has involved them into a holy war and a bunch of civil wars in various Muslim countries. The ethnic and religious differences are exploited by these two for geopolitical gains. In fact, the US is promoting cooperation between the Saudis and the Israelis to bring Iran down. Even though the Saudis have rejected this move by the US, it certainly is pushing the USA against Iran.

Finally the biggest beneficiary of this deal is not Israel, but Netanyahu who is in middle of a tough election battle. Mr Trump believes in having personal relations with world leaders, and he has created a unique bond with his Israeli counterpart. Netanyahu is facing a tough time in Israeli politics as he and his family have been humiliated due to corruption scandals. Mr. Modi was using the tensions between India and Pakistan to boost his election campaign and gain some support. Netanyahu is doing the exact same thing by getting the Trump Administration to recognize Israeli occupation of Jerusalem and Golan Heights.

As for the rest of the region, it should pray that Trump is not re-elected, as he will bring greater damage in the international arena. This recognition gives Israel an open licence to legitimize its brutalities. It encourages Israel to actively implement its expansionist agenda, and it tells the rest of the world that the US, which was never a responsible super power, is more irresponsible now. It feels like that the phrase ‘deal of the century’ will be remembered by historians in similar manner as they remember the phrase ‘the war to end all wars’. 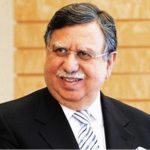