Relationship between China and Pakistan further cemented into higher level of strategic partnership with a unified vision of shared future for the regional peace and progress as Foreign Minister of Pakistan Shah Mehmood Qureshi concludes his official visit to Beijing this week to attend the first ever Pakistan-China Foreign Minister’s Strategic Dialogue. As Prime Minister Imran Khan will be visiting China to attend the second Belt and Road Forum for International Cooperation to be held in Beijing in the last week of April, the talks hold important place in the overall ongoing developments between Pakistan and China. Currently also a large political representation from all political parties from Pakistan are in conversation with their counterparts in Beijing to develop understanding with each other. The second such forum will be held in Islamabad next time. These watershed talks on strategic cooperation between two iron brothers further cemented the relations to a unified higher level and especially keeping in view the recent India and Pakistan skirmish, the talks at such higher level pose meaningful in the larger regional and global context. With reaffirming the support to each other on all the core issues of the national interests, both sides during the dialogue also highlighted the state sovereignty and territorial integrity. China has also assured Pakistan for standing by the country for any foreign aggression which is a loud and clear message to India as to avoid any further misadventure in the future. With having no territorial and political dispute or clash of interest with no competition between the two is providing much impetus to the thriving relations hence making headway to build the strategic rapport with each other. With recent engagement reads the statement to uphold the bilateral engagement with mutual bilateral approach towards regional issues.

In the wake of economic development, security has been a major concern of China and Pakistan in the region wherein terrorism threats remain high

The strategic partnership between Pakistan and China was not built in a day, however, there’s decades old struggle and leadership from both sides that have made this possible. For Pakistan, China holds a very important position in its foreign policy outlook especially in its building of the strategic partnership with China is a strong pillar towards Pakistan’s quest for dealing with its regional insecurities. This fragile environment especially the Indian threat posed to Pakistan, China has always stood firm with Pakistan and provided assistance to build a robust defence mechanism. The China-Pakistan partnership is momentous in the South Asia and larger Eurasian region political milieu. India has remained as one common factor that has further brought together to build together the strategic ties including cooperation in the defence cooperation, military to military contacts and other multidimensional horizons of cooperation between Pakistan and China. China also provided technological and defence production assistance to Pakistan as well including being the largest defence equipment supplier apart from assisting building the two important nuclear reactors of Pakistan. The strategic alliance is also manifested from the regular military exercises between Pakistan and China.

Pakistan and China support each other in their regional outlook as well. With recent India and Pakistan conflict, China lauded Pakistani efforts to deescalate the conflict with India according to the norms of international law saying, “The Charter of the United Nations and the norms of international law should be earnestly observed”. China ardently aspires to have a normalised relation between Pakistan and India to have a peaceful region specially when the larger economic development projects including Belt and Road Initiative and CPEC are building and progressing day by day. With recent Indian led UN Security Council resolution to declare JeM chief Masood Azhar as the global terrorist put on hold by China to give enough time for the dialogue. Apart from India, Afghanistan came under deliberation in the wake of ongoing Afghan Peace process as Afghanistan shares land border with both, China and Pakistan. Both foreign ministers expressed satisfaction and agreed to support “Afghan led and Afghan owned” peace process implying no foreign design can bring stability to Afghanistan. Moving one step ahead in mutual peace building efforts, both sides agreed to strengthen Pakistan- China-Afghanistan Foreign Ministers Dialogue Mechanism in order to assist Afghanistan amid peace, economy and sustainable development.

Over the years, much has been done in the strategic sectors between the two and there was a normal and steady development in the economic spheres. However, after the advent of the China Pakistan Economic Corridor (CPEC) cooperation as part of the larger Belt and Road Initiative (BRI) the economic dimension has increased to manifold too. During the ongoing dialogue, there was a shared resolve to protect CPEC from any aggression from outside. As CPEC enters in most crucial stage of infrastructure development, both sides have also agreed to joint contribution and extensive consultations. CPEC is not only economically viable but also strategically important too for Pakistan as the Corridor is providing the much need uplift to its unique geographical location. Currently, CPEC has the second phase of its development with building of Special Economic Zones apart from building socio-economic development projects. CPEC has been the pivot of the strategic dialogue and both parties agreed to further advancement of projects along the corridor to make it operational at earliest possibility. The development of infrastructure will not only help Pakistani economy to boost but offer China a transit route and industrial capacity towards the regional and global markets. China and Pakistan further agreed to plan well though industrial parks framework and social development projects in Pakistan aimed at sustainable social development and employment maximisation.

In the wake of economic development, security has been a major concern of China and Pakistan in the region wherein terrorism threats remain high. China acknowledged the sacrifices Pakistan has made to combat terrorism and admired steps taken to curb this evil while extending Chinese support to Pakistan in combating terrorism of any kind within the state. Meanwhile, Wang Yi, State Councillor and Foreign Minister of China, urged the world to acknowledge Pakistani commitment to counter terrorism and “treat Pakistan in an impartial manner”.

In this strategic dialogue, comprehensive issues pertaining to regional peace and stability are of unique importance. Both partners appeared to be concerned about whole region and not only towards bilateral issues covering Afghanistan and India. It is the manifestation of shared philosophy of multilateralism, be it economy, security or politics in which China believes and Pakistan acknowledges. The new government in Pakistan envisions an open economy based on shared development and a political entity which adheres all international norms and statues. Pakistan offers India to negotiate on core issues including Kashmir and Terrorism, facilitating Afghan Peace Process, inviting other countries to join hands in CPEC to mutually coexist, develop and prosper. China appears to be an iron brother in supporting the agenda of development, peace and prosperity in Pakistan. Both China and Pakistan have much to offer to the region with support to peace and prosperity in the region. 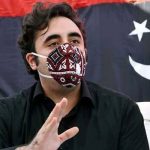 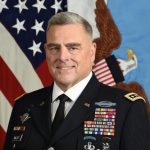