A few days ago, one of my friends from rural Sindh organiszed his plastic free wedding ceremony.And luckily,I was invited to attend that lovely and inspiring gathering. I wondered looking at there was no single use of plastic. All utensils and pots used either were of marble, clay or steel. I never ever have attended any wedding, which is free of plastic use. Moreover, there was also a banner hanging with hashtag #pPlasticfreewedding and a quotation ‘it takes 1000 years for single use plastic to decompose”. It is an acrimonious reality that plastic takes centuries to decompose and rot.

This imperative initiative needs to be emulated throughout the country and weddings should be organiszed in a way that those should be free from plastic use. In this way, we can reduce use of plastic products in our lives and also would give a strong message to the world nations that Pakistan is much concerned regarding increasing use of plastic products. We also will be contributing to save our environment. 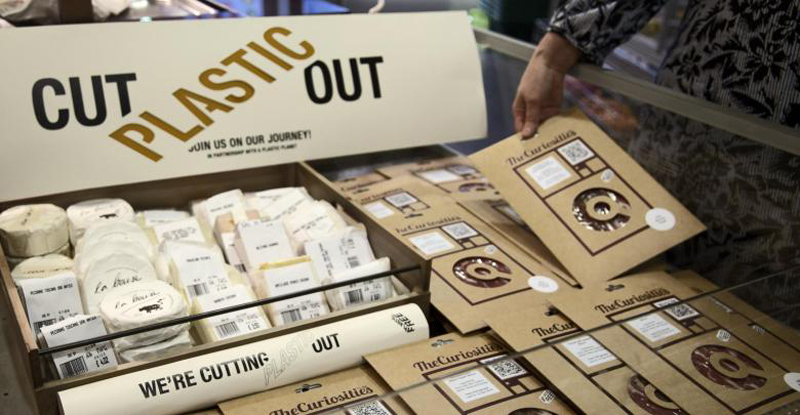 While in ceremony, I was amazed that the groom was giving awareness messages to the guests regarding drawbacks of plastic use, how they are destroying our environment, eco-system, and also affecting human health. In addition, since last couples of years due to excessive plastic use the marine life has been disturbed considerably. Almost every day, we hear the news of dying sea animals and birds due to swallowing plastics. Each year throughout the world millions of tons of plastic garbage are thrown in the oceans and polluting them. Instead of water in oceans there are billions of tones of plastic garbage.

We need to understand and realise this very urgent global concern unless it became too late.

Moreover, I was glad to make out that in this righteous mission his bridegroom was also accompanying to him.

Bridegroom says that ‘I am lucky to have such a goal-oriented and environmental-friendly husband, who really loves and cares human and animals. I am shocked that every minute a truck full of plastic garbage is being dumped into the sea. Due to plastic pollution many species are at risk of extinction. They are succumbed to death and being entangled or are suffocated. Awareness is the need of time, so we planned to make our wedding ceremony plastic free.’

The groom expresses ‘I have inspired myself to create a world, which is free from plastic. Therefore, I took this initiative to organise plastic free wedding. My family and friends opposed and mocked on this idea, but I did not lose my confident and passion to save environment.’

‘Every time I walked through the streets and on roads of different cities noticed a growing heaps of plastic growing heap of plastic. It irritated me a lot. And I also saw animals consuming plastic bags. Plastic is a ubiquitous and escalating environmental problem. Our city Badin is very near to near to the Arabian Sea; it means flooding during heavy monsoon can carry the plastic garbage as plastic bags and bottles into the sea, which in turn causes huge damage to the marine species,’ remarked by the groom.

Further he adds on ‘plastic products are being used widely in festivals and marriage ceremonies and then thrown away. It is happening due to lack of awareness at grass roots level. As every citizen is responsible for making our country neat and clean so I decided to make my wedding ceremony plastic free to raise awareness. And I believe every action counts.

About a couple of months ago obeying the orders of Supreme Court, Sindh government enforced a ban on the production, sale and purchase of non-biodegradable polythene bags and plastic products in the province.

Actually, the problem in our country is: the ordinances are passed, and the laws are made. But nothing is done to execute those ordinances and laws. It has been about five-month since the government of Sindh issued notification on plastic products ban. But so far, no action has been taken. The plastic factories are working and making more polythene bags. There seems no any change; instead the use of plastic has been multiplied. We feel honoured using plastic bags in weddings and such other events. And feel embarrassed using clay pots and cloth bags, which are environment friendly.

All other provinces in the country also need to also to ban the use of plastics. The federal At national level, the ruling government should devise such a policy framework that must degrade use of plastics and should suggest doable alternatives such as cloth bags, paper bags and etc. Civil society organiszations, media, corporate sector and government departments need to take initiatives to disgrace use of plastic products in all the events ranging from tea-party to wedding ceremonies.

The writer is working with Association for Water, Applied Education and Renewable Energy (AWARE)