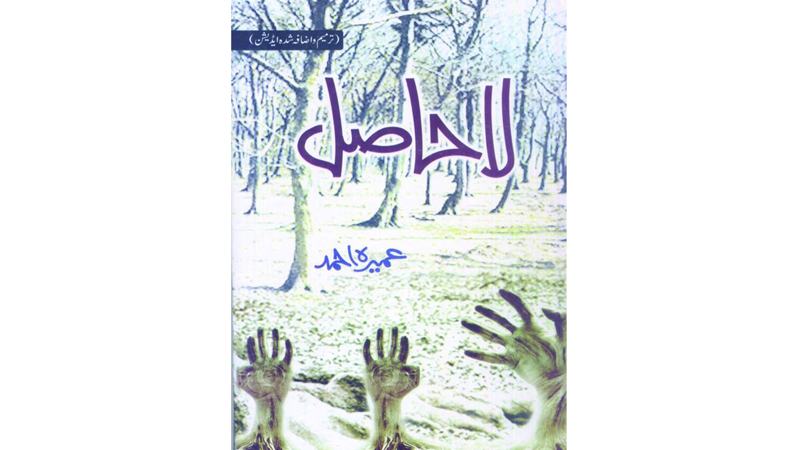 Hasil is one of the most popular books by Umera Ahmed. Its sequel titled La Hasil is based on the journey towards a fruitful and a faithful life. The book was published in April 2008 and has remained one of the bestsellers of the author owing to its beautiful storyline. The story revolves around Hadeed whose entire personality is affected as a result of his parents always fighting. Hadeed falls love in with one of his schoolmates called Tina. He pursues his love and fondness for her despite of the fact that she is a little elder to him. His life suddenly attains normalcy with Tina around but the real twist in the tale appears when Hadeed has to leave for the United States (US) to study. However, he returns when his mother is imprisoned and his father loses his job.