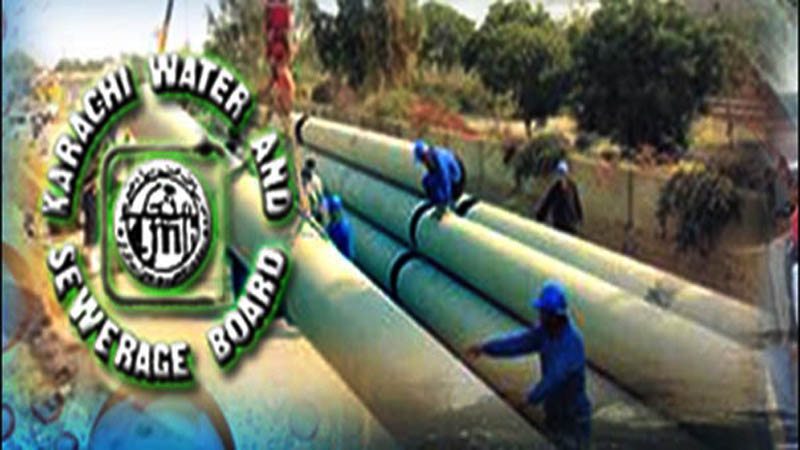 Karachi Water and Sewerage Board (KWSB) has shortlisted 10 subsoil water extracting companies for issuing licenses, according to KWSB officials.

It was said that the water supply to industries from these companies would be verified and monitored while the existing KWSB’s hydrants in Karachi would also be taken into account.

Officials said that a no-objection certificate (NOC) from the land owning agency should also be made a part of the application. They also asked that the distance from KWSB water lines, tube wells or wells should be situated at the maximum distance as determined by the board. Any violations in this regard would lead to cancellation of licenses and even the initiation of criminal proceedings against the licensee under Act or any other law for time being in force, KWSB official added.

The subsoil water licensees shall be held responsible in case of their respective contravention of regulations.

Board was also said to require a groundwater hydrological study and a test report to be submitted along with the application for the license. EIther of the two could be asked for at any point in time, prior to or after the issuance of licenses and would be paid for by the licensee.

In consideration of license applications, KWSB may consider making licenses, including applications, public, as an attempt to invite objections, thereto while determining whether to grant an application, through its website. The license shall be issued against fee charges of Rs 30,000 per month/borehole.

Additionally, the licensee shall pay a one-time security deposit of Rs 90,000 per bore-hole in advance, which shall be forfeited in case of non-payment of water charges as mentioned above or in case of any breach in terms and conditions set in the license, it was said.

A non- refundable license fee shall be charged from permit holder at a rate of Rs 100,000 per borehole before the commencement of supply.

With regard to transportation through water tankers, the Board has given detailed maps of their supplies while mandating names of their customers for monitoring record.

In the document, it is suggested that tube-well or well should be situated at least 500 feet away from KWSB main conduct lines, syphons, pumping main and reservoir etc.

It is also suggested that wherever deemed expedient, KWSB may require for a groundwater hydrological study and test report to be submitted and furthermore, KWSB may conduct tests at any time prior or after the grant of licenses at cost of the licensee.

The supply of water to individual factory shall be metered at the individual connection to quantify water and determine its charges.

Secretary Sindh Local Government Khalid Hyder Shah in a letter, RO (LG) court/12(19)/2018, sent on December 15, 2018, had addressed all concerned in Sindh. It said that in pursuance of the order passed by Supreme Court (SC) on November 13, 2018, as per section-98 (a) of Sindh LG Act 2013 and with the approval of competent authority of Sindh Chief Minister, this amount (of Rs 1) has been hereby fixed for industrial, commercial, manufacturing purposes to be collected by council or agency till further policy or legislation by Sindh government.

To ensure the collection, mayors of Karachi, Hyderabad, Sukkur and Larkana, Municipal Corporations, MCs, chairmen, chief officers and heads of district councils, town and union committees had been asked to comply with this directive on the matter in question.

The civic entity officials have claimed that after imposing Rs 1 per litre water extraction fee, the entity would able to generate revenue of Rs 10 billion per annum thus doubling yearly revenue of body.

The officials informed that after the full resumption of construction activities in Karachi, additional income on water extraction from builders would greatly benefit civic entity.

According to KWSB officials, these regulations would be called subsoil water (extraction and consumption) regulation 2018 and would apply upon the whole of Karachi division and shall come into force at once and remain in force for a period of three years.

In these regulations, all licenses will be granted for extraction of subsoil water for a period of three or for what period Board would able to supply water, whichever is earlier. Grant of license-all licenses would be granted by MD on a prescribed form upon written request of the president or chairman of concerned industrial estate associations along with no objection certificate by MD SITE Limited or any other representative duly authorised by Secretary Industry or regulatory body.