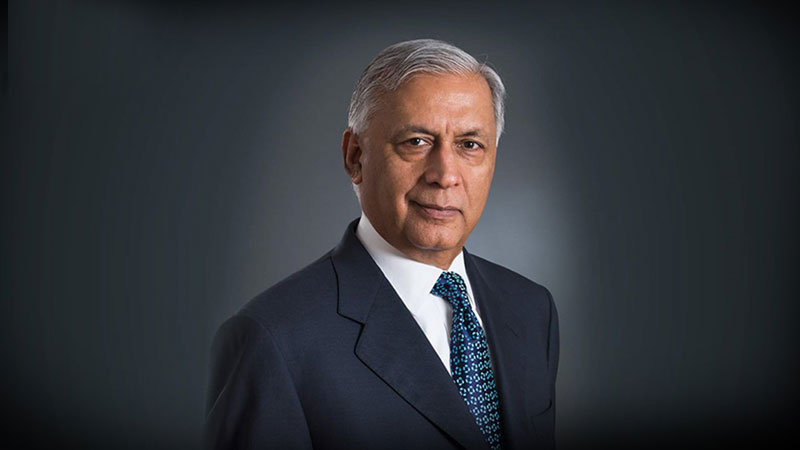 An accountability court, here on Friday, issued non-bailable arrest warrants for former prime minister, Shaukat Aziz, and co-accused Arif Allauddin; declaring them absconders in a case of misuse of authority.

Accountability judge Muhammad Arshad Malik expressed displeasure over the incessant absence of the accused before the court and directed to initiate the confiscation for properties after ascertaining their exact ownership.

In an earlier hearing, the trial court had given a month to former premier to appear before the court. No response was to date received in this regard.

Last July, the National Accountability Bureau (NAB) had filed a reference against Aziz and other accused of the illegal appointment of Basharat Hasan Bashir as Alternative Energy Development Board consultant on an MP-II scale salary package.

In October, the court had issued non-bailable arrest warrants for Aziz over his continued absence from hearings.

Bashir’s appointment was said to have been a violation of MP-scale policy guidelines and the board’s regulations. He was allegedly awarded consultancy retrospectively back in 2006.

The former premier was accused of misusing his authority and thus, causing harm to the national exchequer.

It may be pertinent to mention here that the Anti-Terrorism Court had declared the former premier as absconder along with three others in Nawab Akbar Bugti murder case in 2014.

Meanwhile, in a separate hearing, Accountability Judge Arshad Malik summoned former president Asif Zardari and his sister Faryal Talpur and others accused on April 8 in a money laundering case.

It will be the first hearing of the case after getting transferred from a court in Karachi to Islamabad. Similar notices were also issued to 24 people, including Omni Group’s Hussain Lawai, Abdul Ghani Majeed, Anwar Majeed, Nimr Majeed and Kamal Majeed.

Six people have been detained so far in the light of the directives to produce all accused. Aslam Masood remains in FIA custody and Aftab Memon has been remanded into NAB custody till the next hearing.

Earlier, Pakistan Peoples Party Chairperson, Bilawal Bhutto Zardari and his father were summoned in the NAB Rawalpindi’s office on March 20 over the investigation into the alleged possession of bullet-proof vehicles and the Park Lane case.

NAB claimed that vehicles, as well as the land for the Park Lane firm, were purchased through the fake accounts. They were grilled for an hour and a half by two separate teams.

Asif Zardari and Bilawal Zardari owned the Karachi-based real estate firm, Park Lane Estate company. The anti-graft watchdog had initiated an inquiry against them on the charges of illegal transfer of forest land to the firm in collusion with some government officials.