Five mosques have been attacked with sledgehammers in a spate of violence in Birmingham, UK.

Police first received reports of a man smashing windows in the early hours of Thursday morning, with further reports continuing to come in throughout the night and into the morning.

The violence follows the heinous attack on a mosque in Christchurch New Zealand, which claimed the lives of 50 Muslim worshippers gathered for Friday prayers.

CCTV footage reportedly showing a man smashing windows with a sledgehammer at Witton Islamic Centre is being examined by Police.

Similar damage has been done to four other mosques in the city. 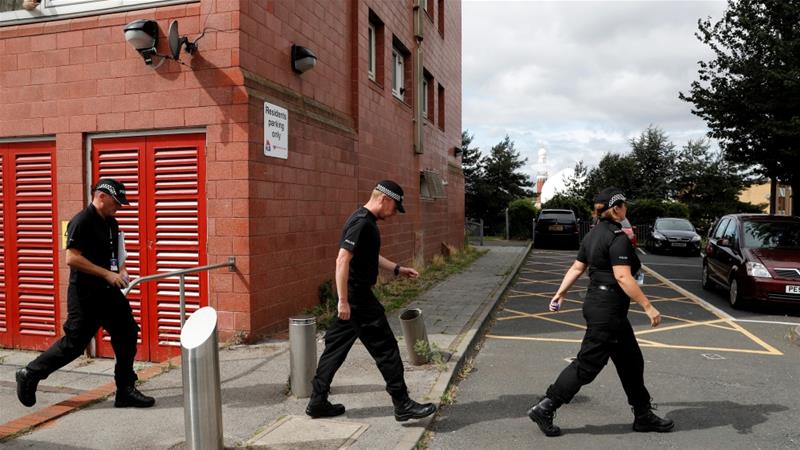 Police are still searching for a possible motive behind the attacks but believe they are linked.

In a tweet, Home Secretary Sajid Javid condemned the violence, calling it “deeply disturbing and distressing”.

He added that “hateful behaviour has absolutely no place in our society and will not be tolerated”.

Birmingham City Councillor John Cotton, cabinet member for social inclusion, community safety and equalities, expressed his support for Birmingham’s Muslim communities on Twitter, and said that he was working with West Midland Police to find the “thugs” responsible.

The attacks come at a time when Islamophobia is rising in Britain.

According to an annual report published in 2017 by the monitoring group Tell Mama, Islamophobic attacks have soared in the UK, rising by 26% on the previous year.

Statistics released by the Home Office showed that religious hate crimes rose by 40% between 2017 and 2018, with more than half directed at Muslims.