‘Hichki’ — buried under an avalanche of clichés 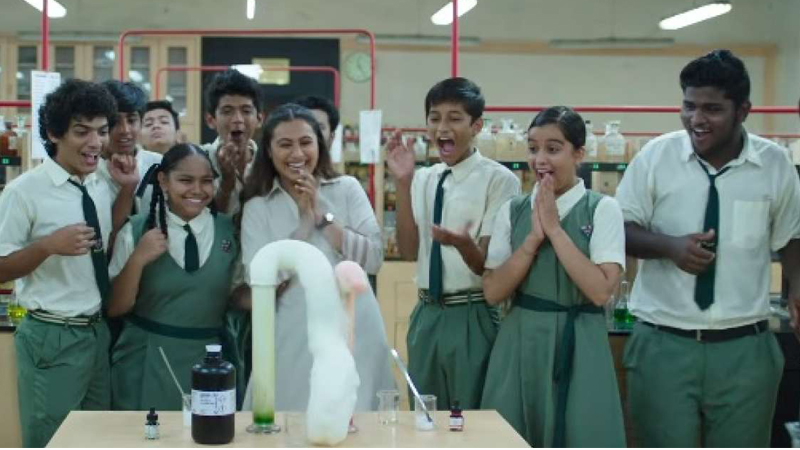 The plot of this film is buried under an avalanche of narrative clichés. In her comeback film, Rani Mukherji essays the role of a Tourette Syndrome-afflicted teacher. Full marks right there!

However, Hichki, directed by Siddharth P Malhotra, isn’t the kind of class act that does justice to the film’s larger purpose of underscoring the need for inclusion.

It is marred by more hiccups than its wafer-thin storyline can handle. The screenplay suffers from a syndrome that Bollywood fans are familiar with – it is a condition characterized by an obsession with amplified sentimentality and the tendency to offer superficial commentary.

In the opening moments, the protagonist is interviewed by the trustees of a school. At the outset, none of them has any clue what Tourette’s is. They are wiser by the time the spirited heroine is done with them. But one of them still suggests to her that she cannot be a teacher. Look for another calling, he suggests. Her parting riposte is defiant: if I have taught you about Tourette’s in no time, I am sure I can handle students in a classroom, too.

Hichki isn’t only about an individual’s struggle to wrest and secure her rightful place in the world. Its spotlight is also on a lopsided and complacent education system that allows no leeway to those born on the wrong side of the tracks – in this case, on the wrong side of a highway and a gutter that runs alongside it. The bitter battle for acceptance waged by the pivotal character and her underprivileged students plays out on two different planes, the lines crossing each other at times, but the drama never assumes truly rousing proportions.

The neurological condition that hampers the protagonist’s career prospects certainly makes Hichki a unique film in the context of Indian cinema. The novelty factor does not, however, transcend the unusual nature of the personal battles that Naina Mathur must fight. In the early portions of the film, the audience is told that she has been rejected by 18 schools simply on account of her speech and nervous system defect. But she refuses to give up on her dream.

When the strong-willed lady does eventually land a job in a missionary school named after a stuttering Catholic saint who, many centuries ago, rose above his speech impairment thanks to the power of his intellect, her disorder is reduced to a mere plot detail and the focus of the film shifts to the fraught teacher-student dynamics defined by the class divide that separates 14 slum-dwelling students and the rest of this school for affluent children.

Naina Mathur’s wards – they are seen as absolute no-hopers and dumped in 9F, a division carved out for slum children in an upscale school to fulfil the requirements of the Right to Education Act – have something in common with her – a debilitating disadvantage. Hers is strictly physical, theirs is socio-economic and, by extension, psychological. She instinctively understands them; they take quite a while to grasp the importance of her mission.

The misfits under Naina’s charge are treated like “municipality garbage” by the school authorities, represented by a snooty senior teacher and head of the student council, whose sole purpose in life seems to be show up the 9F students – five girls and nine boys. Their new teacher knows precisely what is going on, having faced prejudice all her life. She decides that the children deserve a fair shot at a better life. The principal gives her four months – that is the time that is left to go for the final examinations – to prove that these students belong here.

Despite facing numerous hurdles, including the students’ open hostility towards her, which takes the form of outright bullying and pranks, Naina, using unconventional teaching methods, proceeds to show them that there is percentage in unleashing their inner potential and harnessing their angst correctly.

Like the rest of the film – Hichki is adapted from the Brad Cohen autobiography How Tourette Syndrome Made Me the Teacher I Never Had, which yielded the American TV film Front of the Class – the denouement is over-dramatic and driven by the hackneyed devices of the underdog-triumphing-against-all-odds genre. 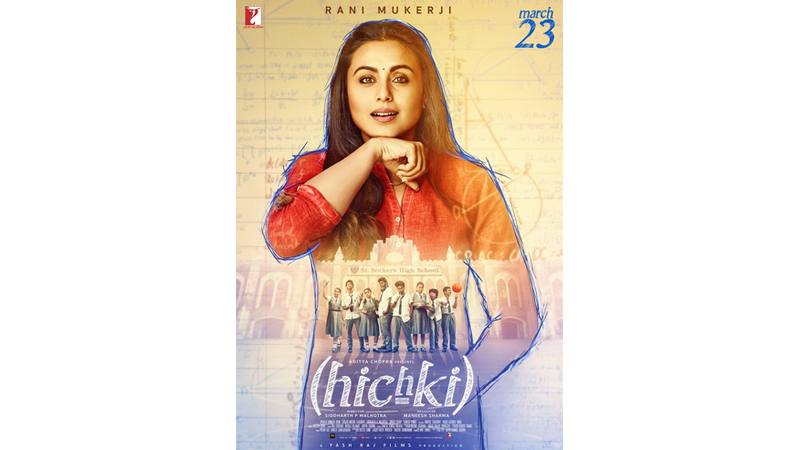 Yes, the story might have elements that appear fresh, but the treatment is overly stale. In the past decade alone, Hollywood has delivered at least four fiction films about people with Tourette’s. Besides Front of the class

The only aspect of the Rani Mukerji character that distinguishes her from the Dahavi Fa teacher is the syndrome that traps her in a set of vocal and motorbike. The reminder of the film is a replay of sorts – she takes on the school on behalf of her students and channelizes their energies in a productive direction. As the children rap, rock and rumbles angrily and often self-destructively, the film rambles. Naina encourages the boys and girls in her class to spread their wings and fly. Fly they do, notably the character played by Harsh Mayar, Aatish, a rebel without a cause who stops at nothing to fight fire with fire.

The tale at the heart of Hichki is definitely inspirational. If only it had been a tad more inspired, it might have hit home with far greater force. While you readily sympathize with the plight of the teacher and her unfairly branded and segregated students, the drama of their lives never manages to heave itself out of its dullness.

Rani Mukherji’s energetic and engaging performance apart, ‘Hichki’ is a huff-and-puff show marked by too much mush and fuss. But it has just enough to keep tearjerker junkies interested.