On the midnight of February 26, 2019, Indian Air Force jets crossed the Line of Control (LoC) entering into Pakistani airspace but flew back after Pakistani fighter jets forced them to retreat. In this time, the Indian warplanes dropped their payload into a forest near Balakot.India said it was a response to February 14 Pulwama attack which it had accused on Pakistan and termed it a “pre-emptive strike on the biggest training camp of Jaish-e-Muhammad (JeM)”. India’s claim was rejected by Pakistan saying the Indian jets hit “an empty area” and that no casualties or damage to infrastructure occurred. International observers also found little evidence to support Indian claims.

On the following day, Pakistan Air Force in a swift retaliatory attack hit open spaces after locking on Indian military targets in Indian Occupied Kashmir(IOK) and shot down two Indian fighter jets.In this action Pakistan also captured an Indian pilot,Abhinandan Varthaman who was later released by Pakistan as a “peace gesture”.This event constitutes the first time the two nuclear-armed powers have launched air strikes against each other since the Pakistan-India war of 1971.

Pakistan’s retaliation was inevitable; and was meant to avoid weakening of deterrence at conventional level. The Indian unilateral and inadvertent escalatory aggression pushed Pakistan to retaliate to deny India in establishing a ‘new normal’ in a bilateral mechanism aimed at conducting acts of aggression at its own concocted pretexts. 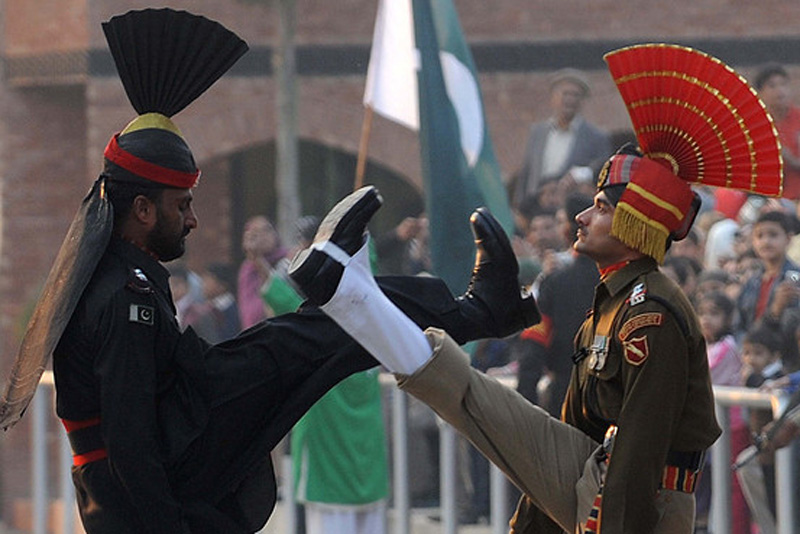 The unfolding of this whole episode is a clear manifestation of Indian motives behind aggression which could be the attainment of great power status, and Narendra Modi’s election domination domestically, and to put into test Pakistan’s will to retaliate. The drivers of Indian aggression could be its confidence on its strategic partnership with the US and Israel, growing economy, conventional military superiority and advancement in weaponry technology that the country has experienced over the years. Had Pakistan not retaliated, Indian aggression would have damaged the credibility of Pakistan’s conventional deterrence and would have gradually weakened effectiveness of the country’s nuclear deterrence as well.

There is always a possibility of a limited conventional war between two nuclear armed adversaries under their nuclear thresholds.India escalated crisis to coerce Pakistan into a submissive position and to justify its air raid into Pakistan’s territory what it called a “counter terrorism operation.” Faced with the Indian power display, Pakistan’s calculated retaliation preserved its conventional deterrence aimed not only at shackling the Indian over confidence in violating the sovereignty of the country but also punishing it and raising escalation cost for India. Consequently, Pakistan’s reaction burst the bubble of Indian Air Force’s superiority by shooting down the country’s two fighter jets. Moreover, the Indian facade of successfully targeting militant hideouts and striking the country’s F-16 fighter jet lost its ground as its narrative is heavily being questioned both domestically and internationally.

However, this might be a temporary period of calm.Despite Pakistan’s sustained efforts to de-escalate the crisis, including Imran Khan’s reconciliatory stance towards India by recommending dialogue as a way of moving forward, the situation remains complex.

In India, this crisis has become a domestic political issue especially after Mr Modi’suse of national security as pivotto electioneering.Never before had any Indian leader attempted to use war and national security as a mean to achieve electoral victory.Though,it remains to be seen whether Modi can score win by making national security a central plank of his election campaign. However, many believe that by acting against Pakistan, Modi’s position has become better when compared to his party’s recent defeat to Congress in three key states.

At the same time, India is pushing the UN Security Council (UNSC) members to name Masood Azhar, the founder of JeM which India believes was behind the Pulwama attack, as a UN-designated terrorist.The US, UK and France have decided to move a resolution at the UNSC for listing Masood Azhar as a “global terrorist.” Although, India’s efforts to push the UNSC for such a listing has been vetoed by China on “technical grounds.”

There is growing belief that another Pulwama type attack could trigger major crisis between Pakistan and India, even a full-blown armed conflict.However,forgotten through the crisis is the fact that Kashmir,which remains disputed for decades, continues to burn and violence continues unabated in the region.Just weeks after Pulwama attack, nine people, including four Indian soldiers and a policeman were killed during a gun battle between Indian troops and Kashmiri fighters.

There are questions, nevertheless. For instance, what is the guarantee that a Pulwama style attack won’t happen again?Pakistan has no control over the worsening situation in IOK and what is more worrisome is that Pulwama like attack by a third actor can push Pakistan and India into a dangerous military escalation anytime.

India blames Pakistan for all violence in Kashmir and fails to acknowledge the root cause of the Kashmir issue. The successive Indian governments have treated the Kashmiri resistance as only a security issue and has tried to manage it by using excessive force resulting in the killing of large numbers of Kashmiris. This strategy has encouraged more and more Kashmiris to join armed struggle against the Indian forces.

Therefore, it is necessary for India to realise that unaddressed Kashmir blemishes its reputation and if remain unresolved, it would be neither in India’s favour nor in Pakistan’s.