Rule of law and a just society provides a platform to prosper and grow economically. Effective policing and rule of law are imperative to maintain peace in a society, and to provide favourable setting for business and economic activity. Punjab is largest province, almost 61 % of the federation with population of 110 million and a difficult terrain consisting of desert, mountains and riverine area.Though Punjab police is one of the world’s largest police organisations but it stillhas a ratio of 1 police per 563 people, exceeding well beyond the UN’s recommended minimum of 1 police officer for 450 people. In Turkey, 200,000 policemen serve 60m people. In 2013, it allocated $7.5 billion for its police while the Punjab police’s annual budget for the same year was only $0.75bn and it is continuously decreasing since last many years.

Due to a large area and an enormous population, policing in Punjab is not an easy task; its police is facing many challenges like ever expanding urban boundaries, enormous population growth, and spike in street crime. Though in the backdrop of the 18thamendment, provinces were vested more autonomy and financial means to upgrade their institutions, but the progress in this regard is very slow.

The police are also being targeted as a symbol of the state by the terrorist groups and around 1400 police officials including high rank officers like Captain (retd) Ahmad Mobeen laid their lives in terrorist attacksand counter-terrorism operations. 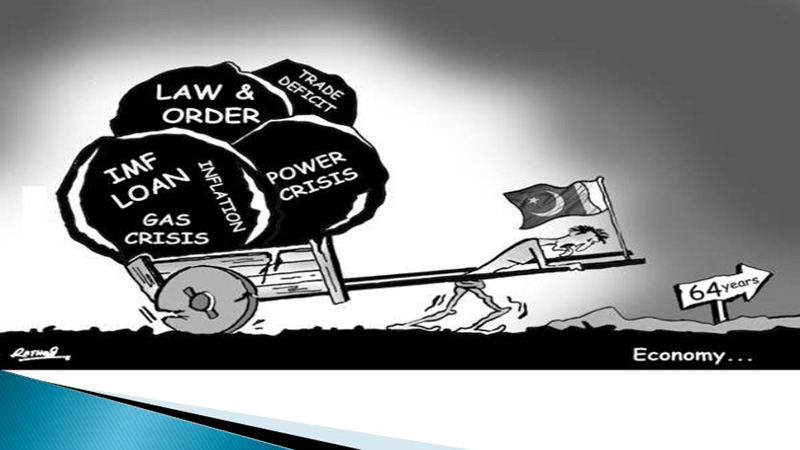 Functioning, effective and fair policing systems are imperative to enable, promote and sustain economic development. The idea that policing and economic development are linked makes sense but economic development, at the minimum, requires threshold conditions of social order, political stability and governmental performance. Economic development will not occur without a societal environment that is able to provide minimal security to all, and provide the belief that the routines of life are protected and predictable to some degree.

Economic development is hindered by LEAs ability to manage them. Police has a little to do regarding social order and political stability.They are first to respond during political instability, agitationsand mass violence. If institutionalised and backed by political will, police can play an effective role to minimise or counter such threats to economic development.Effective policing provides an umbrella for economic developments by protectingeconomic activities. It harbours a favourable culture of rule of law where citizen are protected against crimes, providing a sense of security.It is also equally important that none should feel victimised or deprived of their hard-earned money.

Peaceful environment is prerequisite to many megaprojects like CPEC. Initiatives like Special Protection Unit to provide fool proof security to foreign delegates and investors are fully operational. In this regard, the Punjab Highway Patrol (PHP) is also playing a key role in making Punjab safer for travel. But, it is also worth mentioning that majority of the vehicles given to the PHP for patrolling haveexceeded their usage period,despite the fact that they were supposed to be upgraded every five years.

It is mandatory to equip the Punjab Police so that it can play its effective role in maintaining law and order. But thesituation is not encouraging when we see at some figures;Per capita police spending must be increased. Presently per capita police expenditure in Punjab is $7.6. In contrast, Indian Punjab spends $15.9, Turkey $135 and London $754.

Many new initiatives are being taken to rejuvenate the Punjab police into apublic friendly forceto effectively meet new policing challenges. IGP Amjad JavedSaleemi is paying much heed to equip the police with contemporary skills and modern technology to meet new challenges.Keeping up with the promise hemade in his first media talk, so far training to more than 15000 police officers and officials has been imparted improving their public dealing, and professional skills.

The leadership is also very keen to eliminate a culture of impunity amongst the police and promote an efficient accountability mechanism.To achieve this,the “IGP Complaint Centre 8787” has been made operational 24/7 so that whenever citizens faces any issue regarding the police’sbehaviour,they can lodge a complaint. Internal Accountability Unit will work to ensure transparency and efficiency among police cadres. All Police Station SHOs are bound to oversee daily for two hours following a fixed schedule to attend the complainants and it is personally monitored to ensure up to mark public dealing.

Nonetheless, peace and economy go hand in hand.A country with poor law order can’t excel economically, hence, human development is also hindered. Only a well-equipped and professionally able police can translate this dream into reality. In the backdrop of the above-mentioned initiatives undertaken by the incumbent leadership of Punjab, it is hoped that the province will prosper and grow.

The writer is a Media and Communications professional and has worked in the development sector. He is currently working as the Media Relation Manager for Punjab Police