As an ardent and devoted Pakistani living in the UK, I had always imagined a time when Pakistan would be back on the global tourism scene, and its prospects of becoming one of the top tourist destinations in the world would seem to be realistic and not some far-fetched notion. I believe this time is now drawing closer than ever, and if we fully capitalise on the emerging trends in tourism, then Pakistan can truly unleash its potential as one of the most sought-after travel destinations in the world. Foreign tourism is growing in steady numbers, and this is not only improving Pakistan’s international image but also attracting a much-needed boost to the country’s economy.

Prime Minister (PM) Imran Khan’s Naya Pakistan has seen some unprecedented surge in foreign travellers visiting Pakistan and saying positive things about its tourism potential. In all honesty, the international tourism sector in Pakistan had picked up even before the current government came into power, primarily thanks to the steady and improved law and order situation in the country. The trend continues. More and more travellers, backpackers, mountaineers, bloggers and vloggers continue to pour into the country in record numbers, and they are sending the message back to the world, loud and clear, that not only is it safe to travel to Pakistan, but the experience is second to none. 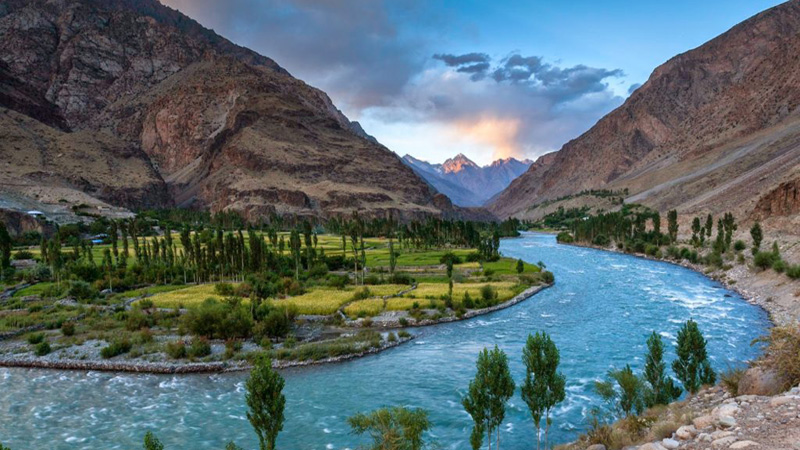 Tourism is one key aspect where the Pakistan Tehreek-e-Insaf (PTI) government seems adamant to deliver what it promised in its party manifesto. During the election days, promoting tourism in Pakistan as “Asia’s best-kept secret” was high on the agenda of the incumbent party’s campaign. In a commendable initiative, Pakistan recently extended the visa-on-arrival facility to 50 countries and offered e-visas to the citizens of 175 countries. Post 9/11, Pakistan’s visa policy was toughened up to keep espionage and militancy at bay, which resulted in a tedious visa acquisition process. The new visa policy clearly endorses the ‘soft image’ of Pakistan and sends a signal out to the world that things are changing for the better in this country. The decision to lift NOC for foreigners to travel to places like Gilgit Baltistan is a welcome move. Relaxing of visas for American and British citizens of Indian-origin is also a positive sign as this will facilitate religious tourism.

Tourism interest amongst travellers from the United Kingdom soared to a record high when Pakistan was ranked the world’s number one travel destination for 2018 by the British Backpacker Society (BSS), which described Pakistan as “one of the friendliest countries on earth, with mountain scenery that is beyond anyone’s wildest imagination”. Changing perception through travel is at the heart of the British Backpacker Society’s aim, and it offers unique perspectives on people and cultures and inspires people to travel to some of the rarest travelled destinations in the world. Samuel Joynson — the co-founder of BBS, maintains that the friendliness of the Pakistani people will change every preconception that anyone has ever held about this part of the world. We need more real-life ambassadors like Samuel: people who speak from the heart and speak with the experience.

British Airways has announced it would resume direct flights to Pakistan after a 10-year absence, thus becoming the first Western airline to restart such flights. In similarly encouraging developments, Portugal has declared Pakistan safe for travel, while France is also relaxing its advisory policy on tourism in the wake of the improved security situation. Polish traveller Eva Zu Beck has attained no less than a celebrity status in Pakistan with her undying devotion towards Pakistan, which has now become her second home. Her videos and Instagram feed — which has almost exclusively featured Pakistan for the past several months — has created a new buzz amongst the consciousness of adventurous young travellers in Europe. In an age of booming social media influence, it is people like Samual and Eva who can send a positive message out to the world louder than any government policy is capable of. This alone can very effectively dispel the negativity perpetuated for years by Western media.

Globally, the tourism industry generates nearly 10 percent of the world’s GDP, while in Pakistan its share is merely 2.7 percent. In many countries, this share is around 30 percent, with almost similar opportunities for attracting tourists. Malaysia with its ‘Malaysia Truly Asia’ brand earns roughly $20 billion annually through tourism, while Turkey earns $40 billion. Our neighbouring India under the slogan of ‘Incredible India’ continues to attract more and more tourists despite its unimpressive infrastructure and transportation system. Pakistan’s tourism potential is unlimited. Trekking, mountaineering, white water rafting, wild boar hunting, desert jeep safaris and skiing are just a few activities which could get an adventurous traveller’s pulse racing. While the government is creating a broader policy to attract foreign tourists to the country, it is down to the private sector to step in to cater to the requirements of the tourists on the ground. All these efforts will result in a new era of progress and prosperity in the country.