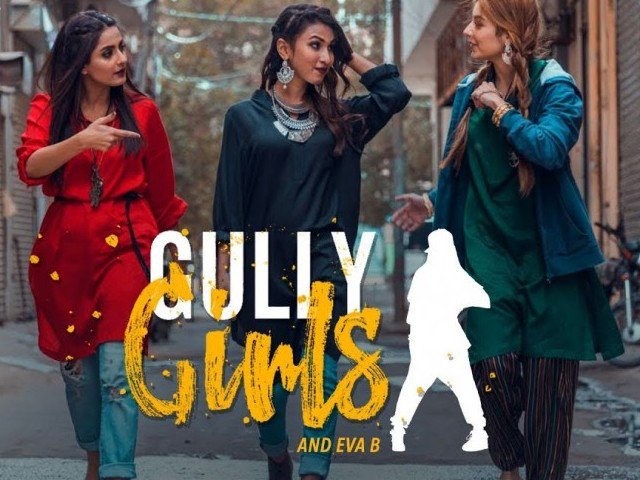 Lyari was paralysed right after fights between rival gangs of different ethnic groups, Makrani’s are the popular ones. Lyari was known to be a safe haven for criminals because of the minimal law enforcement agencies. A city where one was oppressed and terrified, it becomes increasingly harder for women to go out and pursue their dreams but this Gully Girl from Lyari has won our hearts due to her immense courage.

We’ve all heard of Gully Boy’s hit song ‘’Aapna Time aayega’’ that has taken the world by storm, but have you heard the Pakistani female version of that song, Gully Girls. Eva_Bis the pseudonym of the talented teenager singer from Lyari. She comes from one of this ‘no-go’ zone, and yet has been able to flourish as an artist, through all the oppression, backlash, and the neglect from her family.

Eva_B’s rendition of Gully Girl has got us all hooked and why not? The singer is an underground rapper, who recorded the song on her phone. In Gully Girl Eva_B has poured her heart out, talking about the atrocities faced by those oppressed and the determination to break out of the shackles of a society that holds women back. Some of the lines from the rap; ‘’jab zindagi apni hai, tou dusro kemarzi kion’’ [If life’s your own why should others have a say in it] and ‘’himmat khabhi nai harni, per phir bhe thamsi jaati mein’’ [Never lose hope, but I back off and freeze] depict willpower the need to move forward and be free.

Lyari has given Pakistan many talented artists throughout the years, from painters to great musicians, footballers that have caught the eye of the international stars and exceptional dancers that have made it to major platforms in Pakistan.

How long will such talents stay hidden? We as a nation need to make the environment and society more friendly and supportive of such talents, not just praise a child if he/she becomes a doctor or an engineer but whatever he/she wishes to pursue should be praised, and supported.