It’s never too late to start working out: 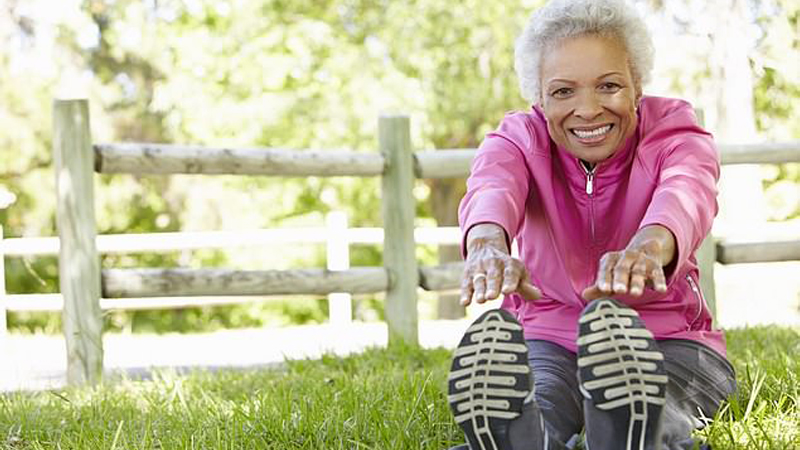 It’s never too late to take up exercise to shed some unwanted weight and live longer, according to a new study.

Middle-aged people who start exercising had the same risk of death as those who have exercised throughout their lives from their teens.

And although they are late starters to the gym, they got the same health benefits as life-long gym bunnies.

Those aged 40 to 61 who started doing the recommended weekly amount of activities had a 16 to 43 percent reduced risk of death, according to the findings published in JAMA Network Open.

But those who were keen exercisers in early adulthood but gave up lost all the health benefits they had gained.

‘Levels of physical activity equivalent to meeting this guideline have been associated with substantial health benefits, including reductions in all-cause, cardiovascular disease–related, and cancer-related mortality.

‘However, most of the evidence on the mortality benefits of physical activity comes from studies that measure leisure-time physical activity (LTPA) at only one point, usually during midlife, for example 40 to 60 years of age.

‘To date, no study to our knowledge has taken a life course approach to examine how participation in physical activity throughout the different stages of adulthood may be associated with mortality risk.

‘We hypothesized that participants who maintained the highest levels of activity in all age groups would have the lowest risk for mortality.’

So the prospective cohort study used data from the National Institutes of Health–AARP (formerly American Association of Retired Persons) Diet and Health Study established in 1995 to 1996.

It identified 10 trajectories of LTPA that were labelled based on the last end point for LTPA – 40 to 61 years of age – relative to the first LTPA end point – 15 to18 years of age.

The ‘maintainers’ were those who had consistently higher or stable LTPA over time and made up 56.1 percent of the total or 176 654.

The ‘increasers’ were those that saw an increased LTPA from adolescence or later in adulthood making up 13.1 percent or 41,193.

The ‘decreasers’ were those with patterns of higher early adulthood LTPA but reduced activity later in adulthood who made up 30.8 percent or 97,212.

For example, participants in trajectory 10 accumulated similar amounts of LTPA when they were 15 to 18 years old and when they were 40 to 61 years, and in the middle years maintained some level of activity; hence, they were labelled maintainers.

Dr Saint-Maurice said: ‘This large prospective study of adults examined participation in LTPA across the adult life course and found that compared with adults consistently inactive, increasing LTPA in adulthood after being inactive during adolescence was associated with reduced risk for all-cause and cause-specific mortality.