Efficacy of SCO in Indo-Pak fracas

The history of Pakistan-India relations is a tale of mistrust, wars, conflict and acrimony. Indian war hysteria against Pakistan continues especially after the Pulwama attack followed by the former’s aircraft incursion into the latter’s territory from Muzaffarabad sector near the Line of Control (LoC). India’s act of provocation further deepens the hostility, escalates tension and brings the two nuclear-armed arch rivals on the brink of possible ‘total war’. In order to de-escalate the crises between both countries, “Russian Foreign Minister Sergey Lavrov reiterated his offer of mediation and provision of venue for peace talks between India and Pakistan during a telephone call with his Pakistani counterpart Shah Mahmood Qureshi.”

In this regard, Russia’s TASS news agency reported that Sergey proposed the Shanghai Cooperation Organization’s (SCO) counter-terrorism mechanism to defuse the tension. The proposal has also been backed by Beijing. The fact of the matter is that both “Russia and China are stakeholders in Pakistan-India normalization.” Islamabad welcomed and appreciated Moscow’s balanced and constructive role in South Asia. 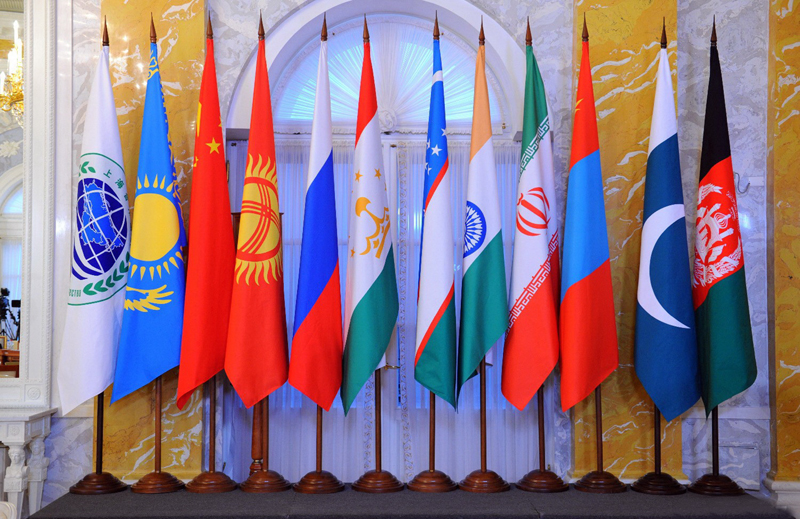 In fact, as a confidence-building mechanism to resolve border disputes, the foundation of Shanghai Cooperation Organization (SCO) was laid down. Over the decade, the organization’s activities have expanded to include increased military cooperation, intelligence sharing, and counter-terrorism drills in order to combat the ‘three evil forces’ of separatism, extremism and terrorism among the member states. That is why it was considered that the establishment of the SCO is a real step towards the formation of regional security architecture.

Under the existing anarchical situation, regional security demands collective arrangements in which all the states have to enmesh in a regional web of security interdependence. Barry Buzan in his book Regions and Powers: The Structure of International Security states that anarchy, distance effect and geographical diversity yield a pattern of regional based clusters. Within these clusters, security interdependence is markedly more intense between the states. Therefore, the choice made by the SCO member states at the beginning of the 21st century towards maintaining friendly and cooperative relations within the region sets a good example for the international community in terms of achieving common development and regional peace.

However, being a permanent member of the SCO, India declines to accept Russia’s offer of mediation through the regional organizational mechanism. It is evident in the statement of Indian Ambassador to Russia Venkatesh Varma’s that “no intermediaries are needed in resolving the conflict between the two countries.” The rising worry in Islamabad is in face of the fact that Washington is moving away from its traditional act of balancing in the South Asia. To fill that vacuum, it appears that at present “Moscow has assumed the role of performing a very delicate act of balancing to ensure that its diplomacy towards Islamabad and New Delhi remains pertinent.” Russia’s act of balance in South Asia seems to be a part of the aim of its grand strategic vision of Eurasian Economic Community (EurAsEC) and Eurasian Economic Union (EAEU), which is primarily focused on regional integration in the Eurasian continent. In contrast, the New Delhi’s grand strategic aim of becoming a major power at the cost of regional security seems to be a worrisome element in “disturbing the delicate strategic balance of the South Asia” and also the strategic equilibrium of Eurasia-Pacific region with the US’ blessing.

India’s unwillingness to use the SCO counter-terrorism mechanism to de-escalate the growing tension with Pakistan reflects its intention of not following the principles and articles of the SCO Charter as well as the Treaty for long-term neighbourly relations, friendship and cooperation among the member states

India’s hegemonic designs in the region shows that the country may spoil Russia’s vision of multipolar Eurasian integration, while creating more regional insecurity that will ultimately thwart economic integration. Such a scenario may encourage Moscow to maintain balance against such anti-integration forces by further moving towards Islamabad.

The political pundits believe that Narendra Modi is heading into an election this year and his victory is not very certain. The last time, the ruling Bharatiya Janata Party (BJP) went into election, it lost all five states that it contested including Chhattisgarh, which the party had ruled for fifteen years. Modi came into power on the slogans of nationalism and reforms but his government has unable to deliver many promises like massive job creation and economic growth. He has also introduced the infamous demonetization that removed all large banknotes from circulation. The Indian farmers have repeatedly protested while citing a decrease in agricultural income but Modi has found a new electoral issue of ‘War with Pakistan’ to divert the attention of the local people from their socioeconomic problems.’ The Balakot airstrike and arrest of Indian fighter pilot have largely shifted the electoral discourse to Pakistan. Fear of full scale war seems to be hovering over South Asia. Still, cross LoC violations continue so that Modi can rally votes against Pakistan.

India’s unwillingness to use the SCO counter-terrorism mechanism to de-escalate the growing tension with Pakistan reflects its intention of not following the principles and articles of the SCO Charter as well as the Treaty for long-term neighbourly relations, friendship and cooperation among the member states. However, the member states have laid solid foundations on the premise that the efficient management of the SCO could develop multilateral cooperation in political, economic, trade, cultural and other fields. Safeguarding peace, security and stability of the region remain the core objective of the multilateral fora.

The writer is a researcher at the Islamabad Policy Research Institute