The past one week was full of suspense given how a diplomatic and military showdown between Islamabad and New Delhi ensued owing to the Pulwama attack. In such a situation, Pakistan stood victorious in almost all domains; strategic, diplomatic, military and psychological.This victory had an important factor i.e. social media,which not only helped as a news source but also played a vibrant and active role as peace-making agent, a digital shield, a diplomatic tool and a viableplatform for strategic communication. Furthermore, it presented a picture of aunited Pakistan -a nation with one voice raising the slogans of peace and fighting against deception and manipulation of itschief adversary. In fact, everything thatplayed out in the digital realm brought Pakistan one step closer to victory andsomewhat improved its global stature.

The Pulwamaattack resulted in a new wave of terror inside Kashmir valley leading to more suppression of its people at the hands of Indian security forces. This incident also brought the two nuclear-armed states on the verge of a full-scale war,as India resorted to an old tactic of blame game. In order to divert international attention from Kashmir’s uprising, the Indian media, under directions from New Delh, launched a systematic narrative against Pakistan. This was a comprehensive campaign to help BJP win the next elections by maligning Pakistan. However, it proved insufficient for India’s claimsbackfired,andexposed its unethical and warmongering media. 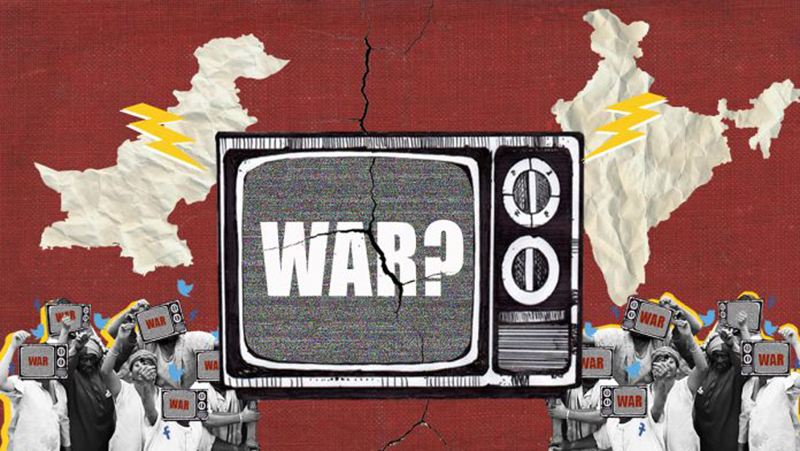 The 21st century is mainly recognised as the century of non-kinetic warfare dominated by hybrid warfare. This new emerging form of warfare has one integral component i.e. social media.The recent tensionsare a major case study that can help researchers and scholars to understand its vitality and significance in relevance to new forms of warfare.

Social media played an important role on both sides; either to fuelwarmongering sentiments or help strengthen the voices of peace. On the Indian side, it helped propagate fake news to national and international audience in order to demean Pakistan, reduce the legitimacy Kashmiri struggles and assist BJP’s prospects in winning the upcoming elections.

Furthermore, this was also used as a tool for hyper nationalism. Itassisted in promoting a narrative of superior military might in comparison to Pakistan which further fuelledhostile sentiments for domestic audiences across India.

Social media played an important role on both sides; either to fuelwarmongering sentiments or help strengthen the voices of peace

In Pakistan, social media proved to be much more productive and effective. Apart from providing timely information coming across the border and awareness regarding growing public sentiments, it countered false claims through evidence-based facts. Doingso helped Pakistan nullify the impact of deception and confusion tactics of the Indians. As it is said thattruth is the first casualty in warfare, and Pakistan gained its first victory by keeping it on the forefront. In the age of non-kinetic warfare where social media is a doubled-edged weapon, truth cannot stay hidden for long.

In times of crises, keeping a nation’s morale highis significant. To focus on this aspect of warfare, Chinese military strategist Sun Tzu said thatthe supreme art of warfare is to subdue the enemy without fighting. This can be termed as psychological warfare.

Social media helped strengthen Pakistan’s diplomatic efforts through soft power, andthe international community came to realise that Islamabad wants peace in the region. To de-escalate the crisis,it also released a captured Indian pilot as a peace gesture. Resonating to government voices coming from mainstreaming media, the public stood firm together and showed their sentiments on social media with the use of positive hashtags which helped reach the trend globally. In summary, tactics employed by Pakistanwere of defensive-offensive naturefor achieving its goals.

However, India may go for further misadventures to satisfy its ego and manipulate poll results in BJP’s favour. Apart from that, social media warfare is likely to get more complex with the invention of quantum computing and technologies assisted by artificial intelligence. In this context, the development ofan institution that iscapable of handling threats offensively and defensively is of utmost importance.

The writer is an M.Phil. scholar of Strategic Studies at the National Defence University, Islamabad