Exploring the headland of the tents 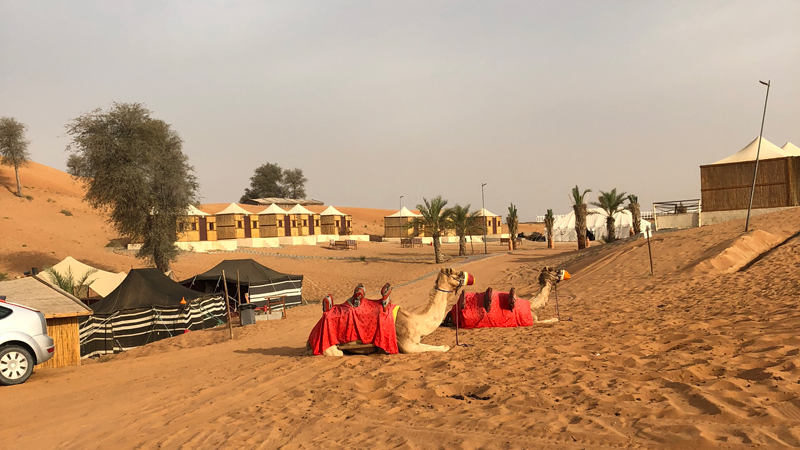 We were waiting for the sunrise, sitting outside of our camp. A brown carpet with light blue cushions was nicely placed in the sitting area on sand. The desert was a ravishing sight, sprawled around us sprinkled with orange sand in complete silence, away from the roaring industrial life of Dubai.

Ras Al Khaima was a one and a half hour drive from Dubai.

Going there, the roads were excellent and infrastructure was very well planned.

Elegant and polished khaimas (tents) had roofless bathrooms attached containing all toiletries as if it were a five-star hotel.

The bright and vibrant compound held stalls for mehndi and photo shoots in local Emirati dresses. The foreigners were greatly fascinated by the mehndi while I had no special interest in it growing up Pakistani.

Right before we had scrumptious Emirian barbeque, there was a show of fire and a belly dancer. They interacted with members of the audience. And after a nice dinner, there were bonfires with sheesha.

Suddenly I was in the valley of Agabat, a white-rock desert near Cairo in Egypt where I stayed almost a decade ago. What attracts tourists the most? Various things to different people but a few can be common. Tourists want something new, different, adventurist; in some cases it is for total fun, in others the pleasure has to be mingled with learning. You meet new people; know about new cultures, food, old buildings, tall buildings, history and the list goes on.

Elegant and polished khaimas (tents) had roofless bathrooms attached containing all toiletries as if it were a five-star hotel. The bright and vibrant compound held stalls for mehndi and photo shoots in local Emirati dresses. Foreigners were greatly fascinated by the mehndi

As a tourist, whenever I visit some new place, I immediately compare it with my own country and then I find similarities and differences and a question automatically comes to mind why we don’t have a vibrant tourism industry?

When we had reached the magical Agabat valley eight years back with our Bedouin driver and guide, he installed our khaimas and then started cooking for us. He prepared delicious rice and we all sat together for dinner. He did not sit away from us as we do in Pakistan. I liked his confidence comfort. 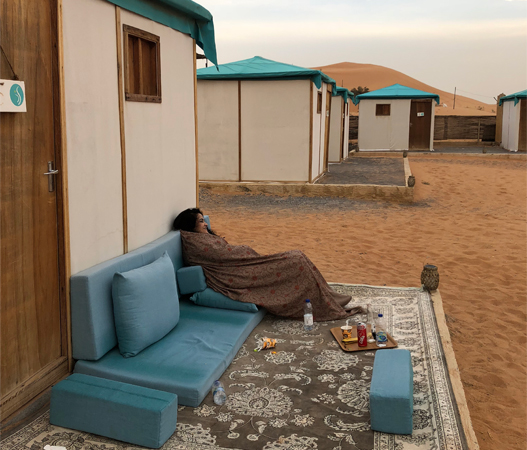 He warned us that we had to take care of our shoes because the desert foxes come late night and steal the shoes. My five-year-old daughter, Nawal was frightened on hearing of the desert fox. When darkness fell, we realised that hundreds of khaimas were around us and mostly white couples, families and groups were in them. It was dark and silent when we heard music and songs. We decided to follow the voice and found a young Indian couple sitting with their guide and singing. It was a pleasant surprise. They welcomed us. Our daughter sang a Hindi-English mix song from the movie ‘Three Idiots’, “Give me some sunshine” around the bonfire.

And then we spotted a fox. We showed it to Nawal. She got excited after seeing the desert animal and said, “Oh, this is cute!”

It was quite contrary a few moments ago when she became frightened after warning about the foxes stealing the shows. 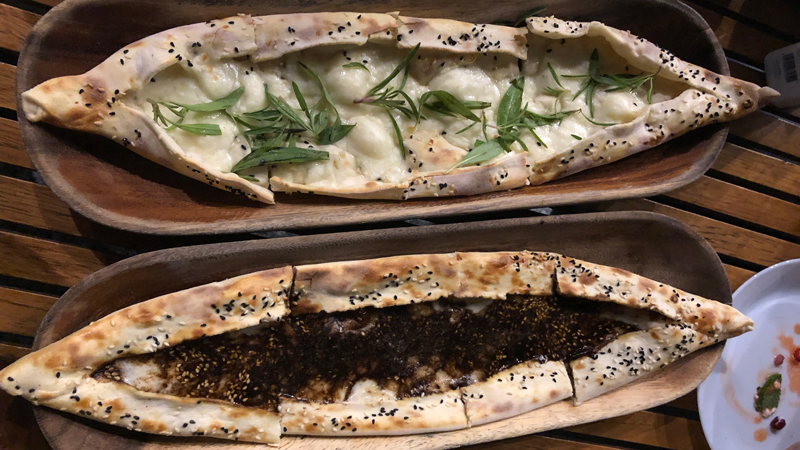 Bottles of water in hand; everyone was looking for a private space early morning.

It was interesting. My daughter refused to use an open space as a toilet. It took me a lot of time to convince her that this was an adventure. Right in the middle of this beautiful white desert, I kept thinking loudly that we had everything in Pakistan; nothing was new for me. I was born in Layyah in Thal. I played with its sand. We have sands of all colours; orange, black, white so why we were here for this expensive camping?

I knew the answer. We don’t have touristic plans or services at home.

We decided at the valley of Agabat sitting in the White Desert of Egypt that we will go to our own desert and conduct such activities. After reaching Pakistan, we made a plan to visit the Cholistan. We contacted our family friend who was posted there. We told him that we wanted to camp in a desert. We started our journey towards Bahawalpur in spring and finally after the afternoon, we reached our hosts in Fort Abbas.

In our minds, we saw the raw Cholistan desert and surviving on scraps. Instead, we got two big luxurious tents with all possible facilities instilled in their lawn.

We asked about these tents and our host told us that since we wanted to go camping, they got two khaimas for us. It was funny but we enjoyed having dinner inside the khaima. The next two days we saw everything around Fort Abbas, Indian border, old forts, old mud buildings, fleeing deer and beautiful different sands but what was the difference between Agabat and Fort Abbas?

Why were hundreds of people in the Agabat Valley, ready to pay money for it but not for Fort Abbas?

“Oh, the sun is behind clouds,” my friend Nabila said and I was brought back to the reality of Ras al Khaima and not Agabat, or Fort Abbas, or Layyah. The sun disappointed us and Nabila decided to sleep again. 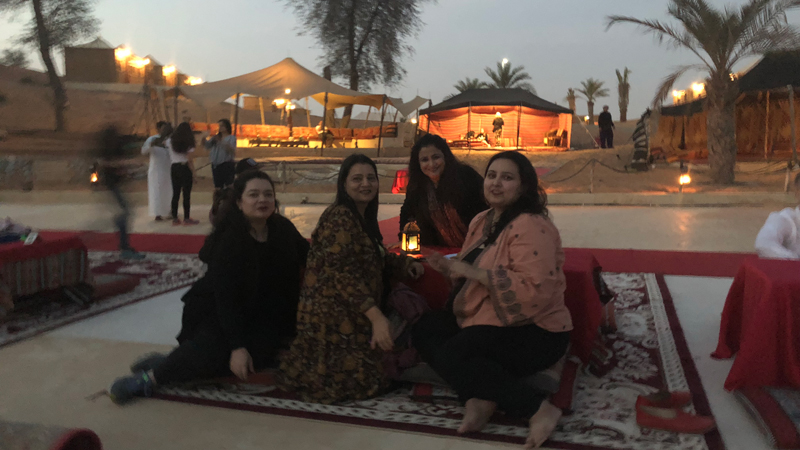 Our two other friends Uzma and Noor were also sleeping as last night we had a wonderful time around the bonfire with Emirati Qahwa and Pakistani Faiz and Ghalib’s poetry.

The next day, for some odd reason, I wanted to ride a bike, so I did. A thrilling ride took me back to the Cholistan Jeep Rally.

I had always dreamt of seeing the rally, a dream that came true last year. It was a marvellous spectacle, attended by thousands of people across Pakistan but it still required a lot of improvement. There was no traffic management whatsoever. The situation got so bad, the crowd threatened to swallow us whole.

There are many things there that need to be addressed if we want to attract international attention.

In Ras al Khaima, they know how to sell their history. They have trained staff and tourist packages that attract hundreds of thousands. We need to work on these things.

We have beautiful landscapes, from deserts to the mountains, sea and jungles, snow, to sun and rain. We have delicious food, very friendly people so what are we lacking? Why do we have to go for camping in other countries? Why can’t we attract others?

The writer can be reached at sabiha.bargad@gmail.com and Tweets at @ShaheenSabiha