What about my mother tongue? 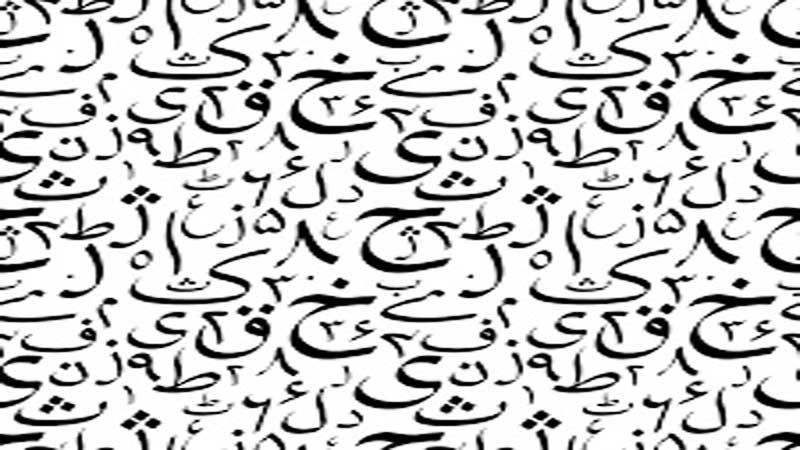 Not to speak of an elite class in Pakistan, just take an example of a situation where a child is born into a lower and lower-middle class family where not everyone speak good English except for two or three members. Despite being aware of their jerkiness, the people in this family still prefer being called Daddy, Mom, Sis, Bro, Uncle, Aunty and alike. They feel more civilised and powerful with these English titles. They take it as an honour and privilege! As time goes by, the child start going to school and the first lesson taught to him is in English. Teachers begin with English alphabets “A for Apple” and “B for ball”. With the time, various subjects are taught to him/her in English. Science, Mathematics, Social Studies, Pakistan Studies, Computer and Natural Sciences – all are taught in English due to the status of this language as a medium of instruction in schools, colleges and universities. We think that our children are acquiring education, attaining knowledge of the social and natural world and accumulating linguistic capital – which is English for its economic benefits in this world. On the contrary, nothing of the sort is actually happening. There is hardly a handful of people who might have thought whether their children can really afford to have the burden of a foreign tongue.

They seem to be ignoring the fact that their children are wrestling with the load of an alien tongue and the thoughts simultaneously!

The fact that the entire cognitive structures of children get hampered is hardly taken into consideration. It is evident that our children are less creative today. They are less expressive in their ideas. Indeed, they lack ideas. They lack the very faculty of thinking. Is it not a serious thing to think over? Why are our students not thinking and are uncritical even though they’re graduates, postgraduates and even in many cases, doctorates?

We hardly find people with content of thoughts and ideas worth noting. There are various factors accountable for this outcome of education system prevailing in Pakistan. One of the major factors is language. Yes. It’s language that hampers our cognitive growth and acts as a great barrier in gaining knowledge.

The entire education system in Pakistan in both government and private sectors is in English language – the language of the colonial power except for the rural areas where local languages are still essentially considerable as a medium of instruction. English is still a symbol of power and prestige in the country. Schools, colleges, academies and universities still regard people having proficiency in English as intelligent humans. Yet with refined English is another remarkable feature appreciated by people. They take the non-native speakers with a native like accent as role models in English language teaching practice in Pakistan thus resulting in a native speaker fallacy. To them, good English is the one spoken like either Americans or British. The public at length seems quite ignorant of various perspectives in research on English language. The notion of World English is yet to be made familiar to the people who speak English around the world. A fact that there are multiple varieties of English language circling around the globe including both native and non-native is still known to a little specific audience. Due to these factors, several linguists around the world have called English as an “oppressive tongue”. It’s becoming oppressive for some reasons: one for the lack of tangible language policies in multilingual contexts and the other being the ignorance of local varieties of English and hegemonic role of English promoted through standardisation process via high-stake examinations like the International English Language Testing System, TOEFL, Graduate Record Examinations, SAT and Graduate Management Admission Test.

As a result of lack of a sensible policy, schools penalise students for speaking their mother tongue. The languages of power dominate all curricular and extra-curricular activities. Students are forced to speak English – the language of the white. This is why, the white skin is also a preference. White English. White skin. The masters are yet to be challenged. Liberating the masses from linguistic imperialism is yet to be realised.

Evidently enough, a great majority of people in Pakistan and especially in Sindh is less proficient in English. Even professionals and academics have a poor proficiency in English, yet they try to speak it. They speak it so as to be accepted as being educated. One has to speak in English in order to prove one’s education, intellectuality and status. As a result, a great part of communication goes wasted without being understood and developing a sense of understanding others.

As a result of lack of a sensible policy, schools penalise students for speaking their mother tongue. The languages of power dominate all curricular and extra-curricular activities. Students are forced to speak English — the language of the white

What is the use of speaking English when people hardly understand you? I’ve attended several workshops at local level where people hardly understand their messages in English, yet the speakers prefer to speak it. It is thought to be less privileged if somebody participates in any academic or professional workshop or a seminar and speaks in his/her mother tongue. Understanding the message is of little concern these days in intellectual and academic gatherings.

When a language becomes a barrier to knowledge, very sensibly one should stop using it. If policies are formulated with the intent on fulfilling political motives, the steps need to be taken at individual levels to use the language of expression, identity and creativity. An ample amount of research shows that the children’s cognitive growth is fully dependent upon the mother tongue. When a child acquires his or her mother tongue, the creative faculty of child begins to grow. The child is more expressive in mother tongue. When a load of a foreign language is put on his or her shoulders, knowledge is obstructed as noted in several reports by the United Nations Educations Scientific & Cultural Organisation (UNESCO) and Save Children.

UNESCO celebrates 2019 as the year of indigenous languages. In article 2 of Universal Declaration of Human Rights, it’s clearly stated that, “Everyone’s entitled to all the rights and freedoms set forth in this declaration, without distinction of any kind, such as race, colour, sex, language, religion, political or other opinion, national or social origin, property, birth or other status.”

Language is the basic right of human beings which has been violated in the world due to hegemonic status of a few languages of power. The reports mention that out of 7,000 languages in the world today, half of it will die or be extinct by the end of this century. And every two weeks, one language is dying. Language death is a rapid phenomenon in the world today. What causes language extinction? Of course, policies. Policies devised at national level are not in favour of mother tongue. In Pakistan, for example, English and Urdu enjoy a dominant position. Consequently, the local languages are being marginalised. Journalist and writer Zubeida Mustafa notes that one’s language is the sensitive issue for each ethno-linguistic group as it is a marker of identity.

Linguist Ahmer Mahboob’s efforts to preserve local languages are admirable. Subaltern linguistics – a term in fashion now often used by him is worth noting. Subaltern linguistics, according to Ahmer Mahboob, is linguistics carried out by and for a community’s self-empowerment, well-being and prosperity. It does not need English as a basis. Subaltern linguistics requires any language to create knowledge, economies, experiences, socio-semiotic systems for the benefit of communities. This is the point where one’s mother tongue is voiced. Preserving mother tongue is actually preserving one’s history, knowledge, culture, civilization and above all identity. People think that language is a mere means of communication, where as it is more than that. It accumulates the vast knowledge about past, present and the future related to a particular community.

Skuttnab Kangas has highlighted how preserving one’s language is helpful in preserving ecological knowledge of any community. Linguistic diversity is linked to biodiversity and cultural diversity. When we lose a language, we lose knowledge of the ecosystems. We lose the local wisdom related to particular geographical regions. English or any other dominant language may not suffice to name the local plants, insects, animals or any other species existing in a particular region. The indigenous languages contain the load of local wisdom and treasure of knowledge.

The writer is a teacher at Mehran University of Engineering & Technology and can be reached at waqar.shah@faculty.muet.edu.pk