* With the big guns always the preferred choice for big brands supporting music in Pakistan, entering the industry has never been easy for rising musicians and Israr had his own challenges 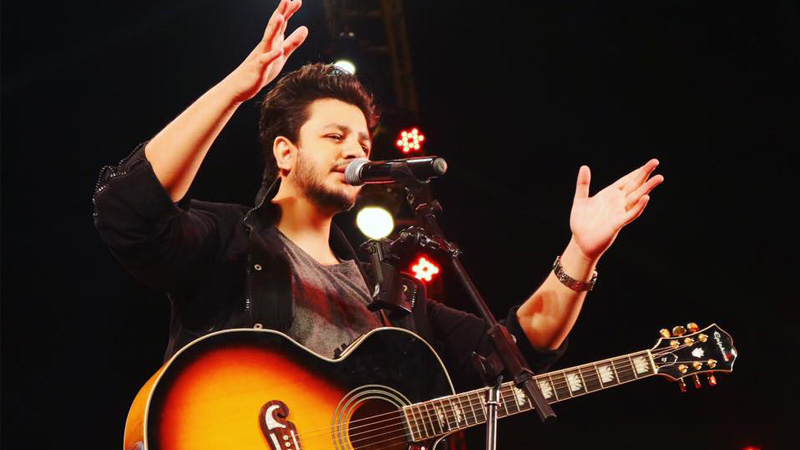 The Pakistani music industry has suddenly picked up pace whether through an increase in platforms supporting music, emerging talent, or via the recreation of old classics.

In recent times, there has been an increase in the number of bands and solo artists who are setting new trends in Pakistan – whether it’s in terms of reviving old content like releasing covers or by creating something new and exciting.

Someone who has been catching a lot of attention in the music industry is Raafay Israr, a pop artist who first gained digital popularity with his song “Sajni”. This isn’t the only song that Raafay Israr is known for; he has had three original tracks since and many more are already in the pipeline.

So who is Israr and what do we know about him? It all started from a school concert as it was there that he decided to conduct local shows. Now, after doing almost 300 concerts across Pakistan, he has been working hard writing, recording and producing great music for his fans.

With the big guns always the preferred choice for big brands supporting music in Pakistan, entering the industry has never been easy for rising musicians and Israr had his own challenges when starting off his career as a musician.

“Entering the music industry in Pakistan was quite difficult. The industry hasn’t really matured enough and for someone starting off, in the beginning you have no idea where to start from and how to go on about it. However, we’re lucky to have social media as it has made it a little easier for new musicians, who now have more opportunities and chances to grow professionally,” Israr says.

‘I would advise aspiring artists to have a vision before they enter the field. The planning and the execution of your original music is really important’

With various music platforms, we’ve been seeing the revival of covers perhaps even more than original songs. It’s a very risk averse formula but one that gets musicians an easy head start to their music careers. However, Israr is one of those few musicians who opted to release original tracks as opposed to covers. A slightly riskier formula where only true talent thrives and the young musician was able to spread like wild fire not just in Pakistan but also across the border.

Israr makes primarily pop music and his tunes are easy to listen to. A majority of his songs are acoustic slow numbers which are composed by Israr himself on the guitar. He has recorded solos along with some collaboration with various artists and the feedback he has received from the audience at such an early stage of his career just goes to show that he’s a promising musician, with a lot more to give to our music industry.

“For new musicians, I would advise them to have a vision before they enter the field. The planning and the execution of your original music is really important,” advises Israr addressing those who are thinking about pursuing their music career. The future of Pakistan’s music industry is one that has new talent coming in and with the help of social media; they have a better chance of making it in an already oversaturated industry.

The young singer has a song on its way along with a bunch of singles in the pipeline. We are looking forward to listening to some of his brilliant pieces.