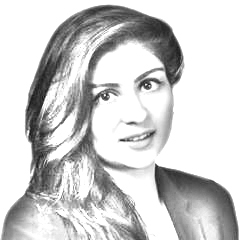 Since taking office, Prime Minister (PM) Imran Khan has made several trips to countries of economic and geographic importance for Pakistan- including Saudi Arabia, Malaysia, the United Arab Emirates (UAE), China, Turkey and Qatar. Much has been said about the success of these visits, especially in light of the Saudi Crown Prince Mohammad bin Salman’s (MBS) arrival. The new government’s moves, victories and errors have all continuously been scrutinised. All eyes are on the Pakistan Tehreek-e-Insaf. But a good democracy never forgets the role of its opposition members.

Recently, Pakistan People’s Party (PPP) Chairperson, Bilawal Bhutto Zardari, attended an interactive session on ‘Pakistan’s Youth and the Welfare State’ at Harvard University’s South Asia Institute. Sitting before its students and faculty, Bilawal Bhutto Zardari represented not just his political party, but an ideological legacy peculiar to Pakistan. Keeping in line with this ideology, the PPP leader argued that “the sensibility of the Pakistani people is fundamentally democratic.” Despite his reservations about the 2018 general elections, Bilawal expressed faith in the progress Pakistan had made with the third consecutive change of government via elections. He said he was certain that putting Pakistan’s “democratic momentum into reverse gear” would now be extremely difficult.

In a bid to sweep the upcoming elections in India, Modi has chosen hatred as his weapon

Irrespective of our numerous flaws as a nation, presenting a united front before the world is vital. Divide and conquer may be an ancient strategy, but it is still effective today. So when standing on foreign soil, the grandson of Zulfikar Ali Bhutto ensured the mudslinging was paused. Despite holding conflicting views with the current government, he spoke of Imran Khan as simply the PM with no mention of whether he was elected or selected. Now in parliamentary democracies, the opposition’s duty is to contribute to the effective running of a country through their inspection and (constructive) criticism of government policies. However, their role as representatives of the people — and hence the nation — does not end upon stepping outside the national assembly or Pakistan. Given the circumstances Pakistan currently finds itself in, opposition party leaders like Bilawal Bhutto Zardari must continue their efforts to sustain national unity when facing the world.

In the aftermath of the Pulwama attack, India has embroiled us in a war of words and Pakistan will need all hands on deck. The Indian media is continuously circulating false information in an attempt to turn the world against us. Abdul Rashid Ghazi is being named as a conspirator in the attack when in fact he has been declared dead since 2007. Sentiments of hyper-nationalism are being pushed into the homes of the average Indian by popular individuals like actress Kangana Ranaut demanding the ‘destruction’ of Pakistan. In a bid to sweep the upcoming elections in India, Modi has chosen hatred as his weapon. Delhi has already revoked Pakistan’s MFN status and foolishly plans to isolate Pakistan internationally. With spy Kulbhushan Yadav’s fate to be determined soon by the ICJ, over the next few months India’s bitter narratives will double their circulation.

Currently there is a system in place under the Ministry of Foreign Affairs to address issues concerning international relations. However, opposition members of the national assembly, like Bilawal, being voices of our nation can also play a proactive role in battling the Indian government’s false propaganda about Pakistan. Born into a family of Prime Ministers, Bilawal Bhutto Zardari is an internationally recognised figure and his words have a certain value attached to them. When he speaks at seminars and summits people tend to stop and listen. News reporters take notes. Someone tweets a sarcastic remark. Someone else updates their status to feeling proud. And a result, notwithstanding the sea of diverse responses, Pakistan speaks up.

To sustain peace in the region Pakistan must be heard by the international community. This entails not just the United Nations or the Foreign Offices but university students and white collar workers across the globe. The world must hear who Pakistan is beyond India’s false allegations and reductive news headlines linking Pakistan to little else except terrorism. In the past, political parties in Pakistan have been divided over election results on several occasions. However, they have (mostly) stood united when it was a matter of upholding democracy. With this same spirit they must now raise their voices on international platforms for Pakistan. There will always be time to speak against each other. Right now, Pakistan needs all political parties to stand united and speak together.

The writer has a Masters in media with a distinction from the London School of Economics.