* Noah Calhoun lives in North Carolina with his father. When he turns 15, he meets Allie 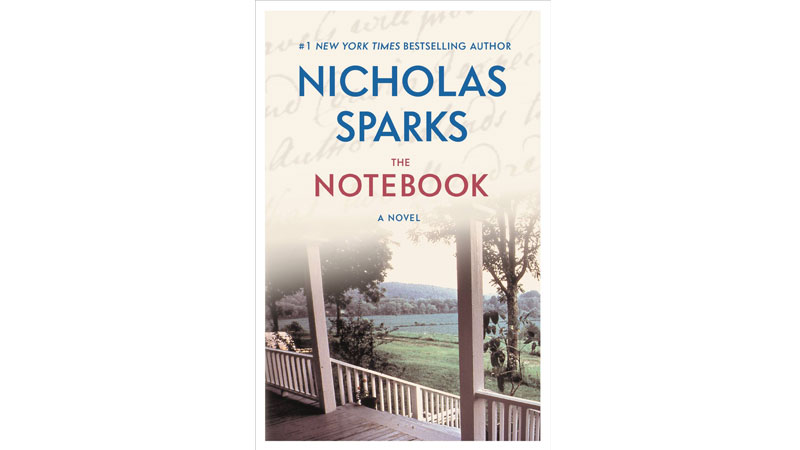 The Notebook is a love story which has been written by American novelist Nicholas Sparks. His writings, no doubt, attract the attention of the readers and encourage spilling the secrets of the heart. His famous books are The Rescue, Message in a Bottle, The Choice, etc. The Notebook is a heart-touching love story that indicates the feelings of people in love. Love is explained in the novel in such a manner that impresses the reader and adds to his knowledge about love and affection. It says, “Love varies, but it never dies.”

However, it says that in love, we are faced with many incredible situations. There even comes a time when there is distance between lovers and they might face hardships in life. But still, they keep going forward. The book is rich in a story like that.

Noah Calhoun lives in North Carolina with his father. When he turns 15, he meets Allie. They fall in love immediately. They spend the complete summer together, which stays with them forever. Some special and imperative memories are created while they enjoy themselves. Allie feels an immediate comfort with Noah, something she has never experienced before. However, her family is quite rich and popular in New Bern. Her mother doesn’t approve of their relationship. She wants her daughter to marry a successful and a rich person. Therefore, to keep a distance between the two lovers, her mother suggests Allie to leave Noah because he’s poor and old fashioned. But it is said that one who really loves a person, finds him/her beautiful any which way. No doubt, love is a connection of souls which not only relaxes our souls, but also provides comfort to our body where our souls reside.

For a period of 14 years, neither of them forgets the moments they spent together. Nor does their love die. The memories of love can never be forgotten or vanished.

After 14 years, they reunite. Allie has a new boyfriend who belongs to a famous and a financially strong family. Her mother suggests for them to get married immediately.

For a period of 14 years, neither of them forgets the moments they spent together. Nor does their love die. The memories of love can never be forgotten or vanished. After 14 years, they reunite. Allie has a new boyfriend who belongs to a famous and a financially-strong family

Allie and Noah on being reunited and to have accidentally met again recall the moments they spent together 14 years before and feel good to be together once again. They promise to be together all their life once again. Allie breaks up with her boyfriend and starts being with Noah again. They relive the times they spent with each other. Allie comes to know about the letters that were sent by Noah, but were hidden by her mother. Allie and Noah who shared the same love for art and painting start discussing on the topic when suddenly, Allie spots a painting she had gifted to Noah years ago. That night Noah talks about her true ability of painting and encourages her to continue this. At night, when she leaves Noah and goes to her own apartment, she takes a pencil and starts sketching. It comes naturally to her which makes her realise her ability to draw and paint. Later, even on the insistence of her mother, Allie takes a stand for her love this time and clearly tells her mother that she would stay with Noah.

This book highlights love. After the reading this book, I realised what true love is. The book is rich in suspense. One has to wait right for the end to know what the book is trying to imply. The book touched my heart and I believe it’s safe to say that The Notebook is outstanding.

The way Nicholas Sparks narrates the story of a couple in unconditional love, is beyond anything I’ve read before. After finishing the book, my perspective on life and relationships changed as I realised that love is beyond any need or greed.

The book taught me that love is to sacrifice and to love someone so deeply that you lose your own self.

The Notebook is a 1996 romantic novel by Sparks. The novel was later adapted into a popular film of the same name, in 2004. Bollywood film ‘Zindagi Tere Naam’, starring Mithun Chakraborty, is also based on it.