Why minorities suffer in Pakistan?

The minorities population in Pakistan was once believed to be 23% of the total participation, now ‘scaled-down’ to paltry 3% ‘fun-sized’ enumeration. The latest census of 1998 tabulated on de jure basis estimated 2.3 million people belonging to ethnic minorities with Hindus 1.20% and Christians 1.09% presence in the country. 130 million recorded population in 1998 census now has reached to 194 million. But, ironically, minorities’ population is showing a static figure of 3%.

Ishtiaq Ahmed, a Pakistani origin, Swedish Political Scientist wrote in his book in 2011,” Some independent studies, however, suggest that the non-Muslims population of Pakistan is nearly 10 per cent and Hindus, Christians, and Ahmadis make up four million each. It is generally noted that while majorities play down minority figures, the minorities inflate them.” How that all happened, looks weird but something happened that lead Pakistani minorities to a total social dissatisfaction.

The founding father had the vision to cater for minorities equally and justly. But right after independence, discrimination against minorities started when ethnic minorities were deprived of their property and housing rights in Punjab, the cluster of ethnic minorities. The disbanded minorities were shoved to take refuge in remote rural and slums of the country. Most of the Christian minority settled alongside the sewerage canals in their make-shifting turned perpetual dwellings. Because of social hatred, poor communities were offered ‘sweepers’ jobs only and they were bound to accept to feed their tummies. Before partition especially the Christian missionaries had established a network of educational and health institutions which even continued after 1947. Pakistani missionaries before 1971 worked to uplift their communities. However, the nationalization of all educational institutions in 1972 demoralized minorities, to their dismay, many left the country forever. The inclusion of hardness of blasphemy laws in the constitution of Pakistan in 1985 is another factor minorities started feeling vulnerable in the country.

The massive abuse of the law is still continuing and without exaggeration, this is in the complete understanding of the international community that discriminatory laws are used against ethnic minorities. Keeping minorities away from the electoral politics is still another issue that kept minorities at stake. By and large, state and non-state actors were involved in minorities squash. The Governments, the Church Administrations, and minorities’ political elite have to quickly revise their positions to enable ethnic minorities’ successful, positive, practical, social, ethical and political participation. Importantly, this cannot be achieved without active coordination between the government and minorities institutions. Regardless of their small counting in the population, minorities are a dominant indicator to gauge country’s scale of equality, justice, and fairness of treating all, irrespective of their religion. As per recent reports, minorities vote bank has reached to 3 million. Will it be wise to ignore this fiddling human section albeit nickel-and-dime? How could poor communities be uplifted?

Firstly, the Church could play a lead role in community development. Theologically, Church is responsible for the holistic development of the congregations. This has been observed that the evangelical side has superseded the ecumenical side, an aspect of Church ministry, directly related to the physical wellbeing of the community. Prayers and action are ‘a twin package’, the easiest has been chosen ignoring the practical manifestation of the faith. All over the world, Church along with worship and prayer services establishes projects for community development like women empowerment projects, old homes, free education for needy and poor, scholarships for bright individuals, Coffee morning’s etc etc. Church in Pakistan lacks such realities which are equally important like other regular religious sacraments.

Christian educational institutions are still believed to be one of among the best schools, all commercial, not ready to accept poor children from minorities. If every single good quality educational Christian institute enrolls 20 fully sponsored children in schools, things will be changed in years. Secondly, there are hundreds of Christian Non-Governmental Organizations claiming millions of dollars every year, they too, need to re-shape their vision to support marginalized communities for which they acquire international funding.

Thirdly, the Curriculum development bodies never paid attention towards the ‘books content’ being taught in schools. From time to time reports are published highlighting the issues of controversial material found in schools books. Concerns of the national and international community are not taken into account. School grooming is something that shapes one’s future personality. Intentionally or unintentionally, such content is included in school books that undermine all other religions except Islam, the result of which comes out in the shape of hatred, social discrimination, fundamentalism, extremism, and persecution.

Fourthly, because of the political instability, governments show no or little concern towards minorities’ development. Minority ‘selected’ members of the federal and provincial assemblies are relied upon for catering demands, however, as they are not ‘elected’ through a proper electoral system, most of the time, unable or unwilling to respond to their respective sections they represent in legislative assemblies, instead, bound to follow the policy framework of their ‘master political parties’. This year a new addition of ‘Christmas Train’ was another ‘so called clinching effort’ to gain national and international praise, though appreciated but people need something else, concrete and meaningful.

Because of political allegiance to different political parties, the small percentage of ethnic minorities has been chopped up further leaving no chance of their unity. Will it continue or is there any way out to resolve this confusing situation? A Little effort will bear positive results. Sindh is the home of 3 million Hindus struggling for their rights for the last seven decades. For the first time in the history, Hindu Marriage Act was passed by the Sindh Government, indeed a praiseworthy decision. Before this act, it was impossible for Hindu women to prove their marriages and inheritance rights. The community was total disaster always looking to flee the country.

The majority of Christian minority lives in the Punjab province settled in slums and rural Punjab. Massive organized attacks were made against Christian minorities like Gojra, Joseph Colony, Iqbal Park bombing and Youhannabad massacres. Blasphemy laws are frequently used against Christians in Punjab. KPK is believed to be the home of the Sikh community, where they suffer the most compelled to find refuge in other parts of the country or the world. For bringing solutions to minorities issues, the Federal and Provincial governments are main players. The first resolve could be a fresh legislation to curb the misuse of blasphemy laws. Introducing legislation for a balanced curriculum development free from social and religious hatred is the need of the hour. An honest based effort to count the real number of minorities in 2017 National Census is vital for political participation. The electoral reforms for the independent and direct system of election for minorities are urgently required. The Church is another main stakeholder. If the Church and Para Church starts working on establishing a network small projects for community development and free education system for the most deserving children it will give impetus to the efforts planned by the government. The NGO sector could be more effective if follow the maxim that honesty is the best policy.

The writer is a freelance columnist, can be contacted at kaleem.dean@mail.com 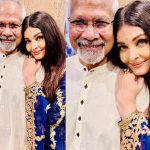 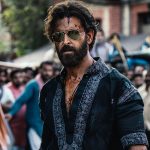 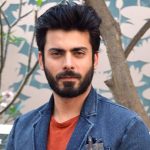 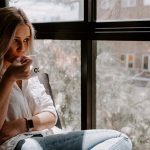 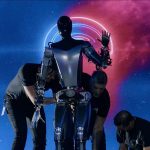