Depicting the importance of women in society 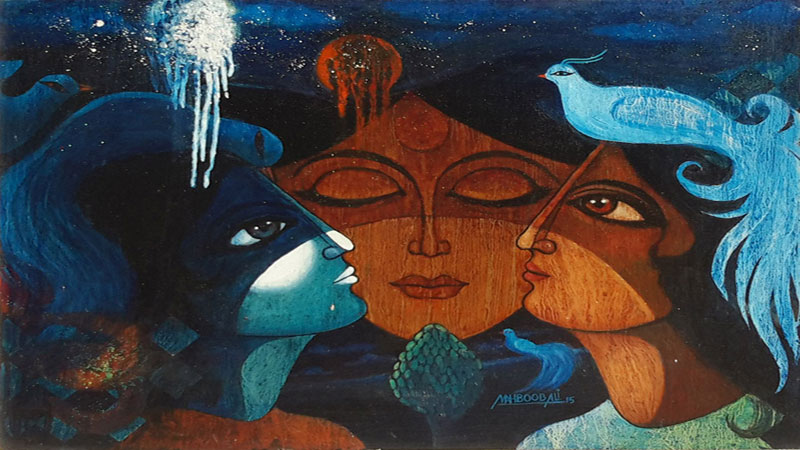 Seasoned watercolourist, city and landscapist Mahboob Ali held a solo show painting exhibition with the theme of depiction of mythological characters and dreams of peace at the Oyster Art Galleries that opened on Thursday and will conclude on Monday, but the paintings will still be available for purchase at the art gallery’s premises.

“I have used the woodcut technique in one self portrait of mine which is basically a 5,000-year-old-technique used for print. It is taught to fine arts students and something that I also mastered during my years at the National College of Arts (NCA) when I studied there in 1972,” the 68-year-old artist said, while talking exclusively to Daily Times.

“These are all concept-based paintings that took me five and a half years. Six of these are graphite drawings and the remaining 38 are oil paintings in different sizes. One of the paintings show the mythical bird huma perched atop a woman’s head. Now, what I’m trying to show by this painting is the fact that it was believed that huma only sat on the person’s head who was supposed to become king in the ancient past. In my painting, huma sits on a woman’s head. This is my way of showing the importance and true power of a woman who’s worthy of so much more in the society and who truly deserves being treated like a queen. Why should huma only sit on a man’s head? A woman deserved respect and empowerment,” Mahboob Ali tells me.

This is his 30th solo show.

Out of the 44 works on display, Ali says his most favourite is that of an angel.

Ali is also a skilled calligraphist and a devotional artist. In the past, he has made portraits of Muhammad Ali Jinnah and of Muhammad Iqbal.

‘What I’m trying to show by this painting is the fact that it was believed that huma only sat on the person’s head who was supposed to become king in the ancient past. In my painting, huma sits on a woman’s head. This is my way of showing the importance and true power of a woman who’s worthy of so much more in the society and who truly deserves being treated like a queen’

My personal favourite out of all these is the one in which a woman wears a striking yellow outfit with gold earrings and has big doe eyes. There’s the face of another woman in the painting on whose head the huma sits. This painting stands out for its vibrant colours and the message the artist wants to get across. 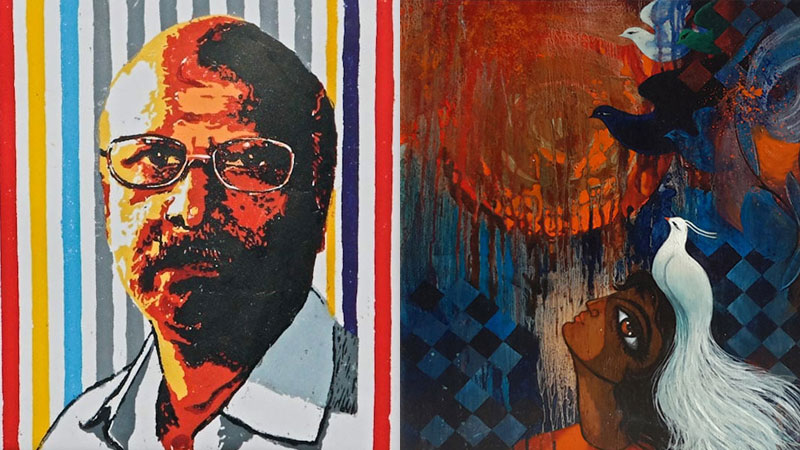 “The main thrust of my current endeavour is to present a dream of a peaceful and a prosperous life and no doubt, most of us envy such life that obviously is achievable with persistent struggle. I present huma, a mythical bird capable of doing wonders including granting people kingdoms. In my paintings, it has been portrayed as a totem of well being and when it shades over a woman, she becomes a source of luck, liberty and prosperity. My paintings also focus on women offering hope, attraction and achievements through their never-ending efforts challenging oppression, tyranny and taboos spanning over centuries of human existence. Their large and full of life eyes show their commitment, determination and all seeing features. Thus, these are capable to not only understand the past, but also don’t shy away from contemporary challenges. It’s the topic of my paintings and I tried to make true. I believe it successfully reflects the aspirations of millions of marginalised we commonly portray as women,” Ali says.

Ali born in 1951 is an artist of substantial credibility and a pioneer of this particular genre of art and has earned excellence in every medium he has explored. He’s considered Pakistan’s foremost woodcut printmaker who has devoted maximum period of his creative voyage exploring varied dimensions of woodcut.

“I have been making woodcut since 1968. He spent almost five decades introducing technical variations, vibrant and varied colour combinations and novel compositions,” he says.

Since the time he graduated from NCA, his thesis project was entirely based on woodcut. Ali continued to work in the same medium and with undented zeal. 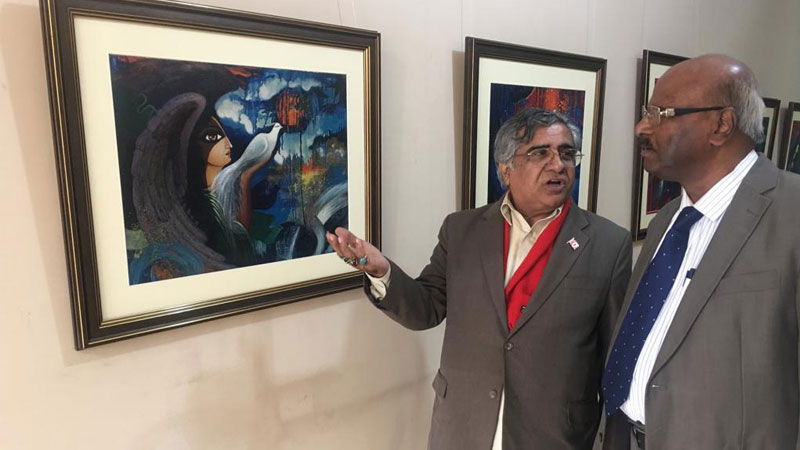 Today, Ali’s considered the only Pakistani woodcut printmaker who has introduced 100 hues in one print, who has devoted his entire career to this 500 year old technique. His dedication and passion can be witnessed through his beautiful collection of works in which he has portrayed the rich cultural heritage of Lahore and has focused on preserving important landmarks.

His recent visit to Europe motivated him to capture images of museum objects and the landscapes in pencil and watercolour. He started employing a fresh dimension and also painted the pastels. Thematically, his preference remains with the Walled City. These exquisite pastel renderings offer serene and subdued ambiance and command aver his creative arena with a selected palette. He has painted a few verses from the holy Quran in mined medium using black, bronze, gold and silver. The breathtaking images speak highly of inanity splendours of Arabic scripture.

Mother Nature has rewarded humankind with its most precious and valuable capability and it is creative impulse. Deeply rooted in its evolutionary process, the art over the period has grown into most effective medium of expression and allures those who appreciate its significance in highlighting achievements of human civilisations.