Yasmin Butt on the importance of laughter therapy 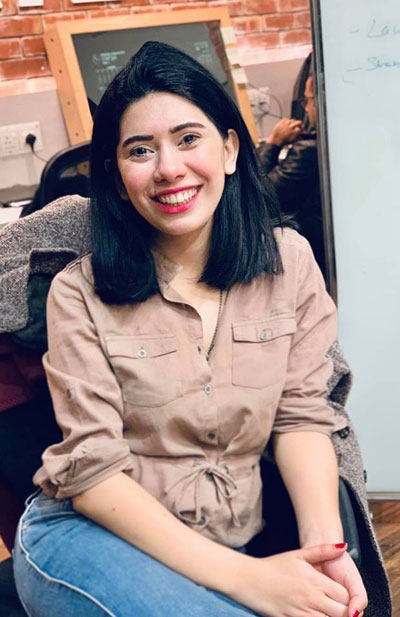 Is it true that at the Conference of Inspiration, you actually made an entire room packed with more than 200 women laugh out loud?

Why is it important to laugh out loud?

Laughter provides a full-scale workout for your muscles and unleashes a rush of stress-busting endorphins which is responsible for your happiness levels. After laughing for only a few minutes, you may feel better for hours. When used in addition to conventional cancer treatments, laughter therapy may help in the overall healing process. According to some studies, laughter therapy may provide physical benefits, such as helping to enhance oxygen intake. Generally laughter lowers blood pressure. People who lower their blood pressure, even those who start at normal levels, will reduce their risk of stroke and heart attack. It reduces stress hormone levels, works your abs, improves cardiac health, boosts T-cells, triggers the release of endorphins and produces a general sense of well-being.

How much time in a day should be spent laughing?

On average, children laugh 400 times a day, while adults laugh about 15 times. It should at least be five to 10 minutes of laughter collectively in a day for a healthy lifestyle.

Is it better to laugh out loud in a group or alone?

Laughter therapy aims to get people laughing in both group and individual sessions and can help reduce stress, make people and employees happier and more committed, as well as improve their interpersonal skills. In a group it gets more contagious and easy to laugh and latch on a positive energy.

‘Laughter therapy aims to get people laughing in both group and individual sessions and can help reduce stress, make people and employees happier and more committed, as well as improve their interpersonal skills. In a group it gets more contagious and easy to laugh’

You just recently returned from Baku: what were you doing there?

I conducted five laughter therapies in Baku and two in Tashkent. The response was over whelming.

Are you ever afraid of people not laughing out loud when you want them to?

Not really, not anymore. In the past one and a half year, I have covered more than 7,000 people in my group therapies, hardly anyone never laughed. It’s so funny and contagious, it’s hard not to laugh when a bunch of people around you are almost cart-wheeling with laughter.

How did you get involved with laughter therapy?

As a part of my research during my Masters, I was studying this neuro chemical called dopamine, which is responsible for our happiness levels, motor functioning and critical thinking. Normally, it’s acquired from chocolate, ice-cream, movies, alcohol, or any other pleasurable activity like meeting friends, going out for dinner or even getting Facebook or Instagram Likes. I was interested in finding out how can we produce it in our brain without being dependant on substance and the study showed that laughter and exercise played a huge role in it. So that’s when I started working towards laughter therapy. I made some exercises and launched it commercially. It helped people cope with their depression and some people got off medication. The response was amazing so I kept on doing it.

Are you a funny person in private?

Is it easy to get women to shed their inhibitions?

It’s generally harder than men. But I’ve noticed if the crowd consists of only females, then they let go.