* The setup was stunning and so brightly done. The conference invites and poster was bright and cheery in yellows and oranges and continued the fiery yet cheery theme 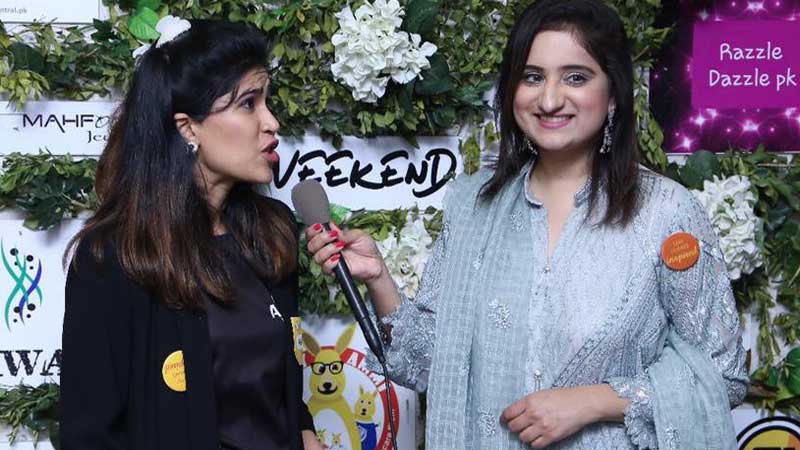 The setup was stunning and so brightly done. The conference invites and poster had been bright and cheery in yellows and oranges and continuing the fiery yet cheery theme, there was an orange media carpet and the entrance to the hall was loads of inspirational quotes artfully framed with twigs, candles and hanging crystal balls. The stage backdrop was a stunning book and the seating arrangement was divided into sections. It truly looked like the scene of an upbeat and fiery meet up.

The orange carpet was hosted by FM91 RJ Sophiya Anjum who seemed in full regal splendour, decked out in a lovely pale blue Motifz outfit, earrings from Mehfooz Jewellers, shoes from Insignia Shoes and makeup and hair by the lovely Hifsa Khan Studio and Salon.

“I am really enjoying myself,” Sophiya Anjum said, while talking exclusively to Daily Times. “The mood is upbeat and exuberant and I am so excited to be talking to all these wonderful women of substance.”

Many of the women including Sumra Imran of Mehfooz Jewellers were walking the orange carpet for the very first time.

“This is different from any event or conference I have ever attended,” she said. “The glamour and fashion quotient is so high over here. I feel like I am in Hollywood.”

The event host was none other than the glamorous Natasha Hussain aka Natty who looked resplendent in a bright red Motifz jora, stunning ruby and diamond earrings from Motifz Jewellers and a lovely soft look from Hifsa Khan Salon and Studio.

“I am feeling so inspired myself,” said Natty, beaming away as she stood there. “This is a gathering of the most fantastic women Lahore has to boast and to be amongst them and to be here is truly fantastic.”

‘I’m feeling so inspired myself,’ veteran model and anchor Natasha Hussain said, beaming as she stood there. ‘This is a gathering of the most fantastic women Lahore has to boast and to be amongst them and to be here is truly fantastic.’

The conference began with a short tete a tete with Nuria Rafique Iqbal, founder of BBS and Labour and Love. She was joined by Amina Ali, The Piñata Lady, and Fatima Shaheen, lawyer and PTV anchor. The opening of the conference was rather unique with a piñata being pulled open and the words Be Inspired falling out.

Right after Sana Waqar, founder of The Reading Nook, took the stage to read out words from her favourite inspirational text and then it was time for an energy booster. Mahlaqa Shaukat, CEO AimFit, took the stage with her A team of instructors and really pumped everyone up by getting them dancing and swinging to music. “This was so much fun,” said Mahlaqa Shauqat, a little out of breath after her segment was over. “We have never done this at a conference before so it was exciting and a lot of fun.” 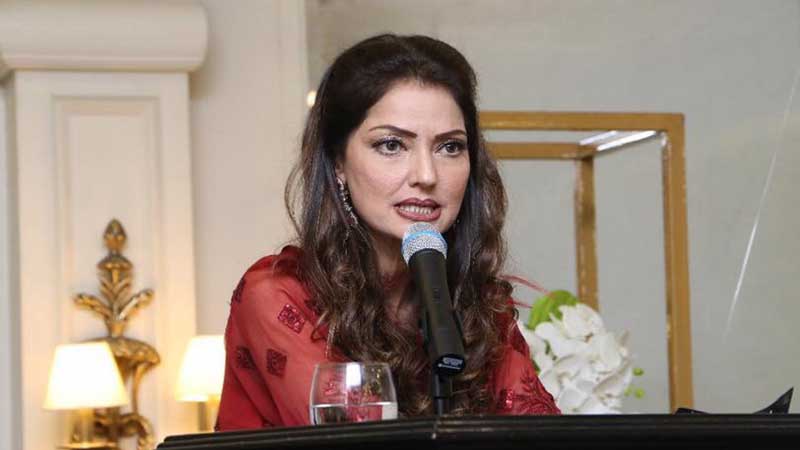 Then the panels began! The first panel which was completely riveting and held everyone’s attention was a discussion on parenting. Therapist Akbar Hussain, educationist Symah Nazir and Indus News TV anchor Meshal Malik discussed how we can all become inspirational mothers.

“It was an unbelievable initiative and beautifully executed,” said Akbar Hussain.

Another equally well moderated panel was one on women entrepreneurship where Dr Shehla Akram, Faiza Amjad and Falahat Imran took the stage and the panel was moderated by Fatima Shaheen, PTV anchor and lawyer.

Yasmeen Butt’s segment on Laughing Out Loud was truly hilarious and she actually made the entire hall packed with 200 women break out in chuckles and giggles. “This was unbelievable,” said Hajra Fayyaz, who had attended a laughter therapy session for the very first time. “I have never laughed as hard and as loud as I have today.”

Another well received segment was stand up comedy by Scherezade who performed as a character called BAJI.

Ayesha Nasir, The Original ScaryAmmi, said: “This was our very first time holding an event of such grandeur and magnitude. It was amazing and inspirational to see so many remarkable women both on stage and off stage and to hear such amazing panellists.”