* The book starts with Paulo, who is a young and skinny Brazilian with long hair, bearing the dream of being a writer 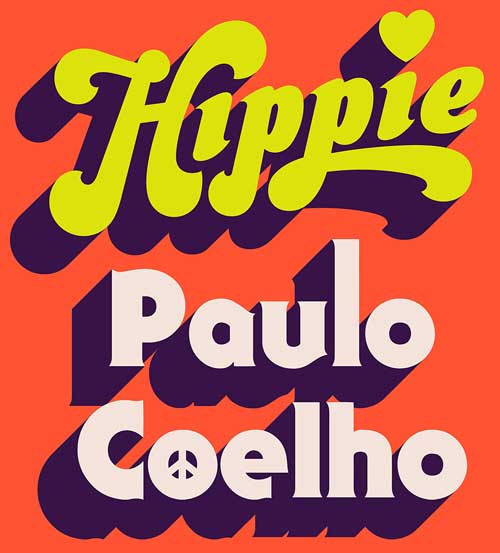 Paulo Coelho, the world’s most celebrated author, has once again taken us on a journey of self development in shape of his new book Hippie.

In Hippie, his most autobiographical novel to date, Paulo Coelho takes us back in time to re-live the dream of a generation that longed for peace and dared to challenge the established social order – authoritarian politics, conservative modes of behaviour, excessive consumerism and an unbalanced concentration of wealth and power.

Following the “three days of peace and music” at Woodstock, the 1969 gathering in Bethel, New York that would change the world forever, hippie paradises began to emerge all around the world. In the Dam Square in Amsterdam, long-haired young people wearing vibrant clothes and burning incense could be found meditating, playing music and discussing sexual liberation, the expansion of consciousness and the search for an inner truth. They were a generation refusing to live the robotic and unquestioning life that their parents had known.

Coelho is not such a writer who just only writes novels or stories, indeed he has the rare technique to share his knowledge and experiences to his readers in the best possible ways. His latest book Hippie is one of them which take the readers to a time when a huge amount people could travel through Europe, having only $5 with them and meet with pleasant company wherever they went. The book however, presents a unique perspective of hippies by exploring their life style and values in such a way the writer has experienced.

The book is a wonderful journey based on the time in which Coelho himself was travelling the world and was living the life of a hippie. But the book, sadly, is unable to live up to our expectations as we expected it to be as inspiring as The Alchemist

The book starts with Paulo, who is a young and skinny Brazilian with long hair, having a shattered dream of being a writer in his eyes.

In order to materialise the dream of being a writer and search for a deeper meaning of his life, he leaves the world behind and sets off a journey in search of a meaning to his dreamt dreams.

His journey takes him to Amsterdam, where he meets a girl named Karla, a woman in her 20s who later falls in love with Paulo. Karla suggests Paulo to go on a trip with her to Nepal by the Magic Bus that travels across Europe and Central Asia. Both of them leave for a journey with many fellow travellers, each of whom has an enchanting story to share. As they prolong their travel, they explore that their journey has not remained a mere journey anymore but a transformation of two incomplete souls in shape of their relationship.

In fact, the book is a wonderful journey based on the time in which Coelho himself was travelling the world and was living the life of a hippie. But the book, sadly, was unable to live up to my expectations as I have expected it to be an inspiring book like The Alchemist.

And his readers, those who have read most of his books, are always eagerly waiting for a new story to get in their hands and lead them farther than they think. Regretfully, the book could not come across as a magnificent, unique adventure for the readers.

The magical words, typical writing style and a well managed plot of a story with which Coelho often used to express himself were lacking in the book and that is the cause the book did not catch me at all. Though his books always carry some kind of messages with themselves, but this time I couldn’t find any.

Nevertheless, Coelho is one of my favourite writers and to read what he writes is what encourages me to chase my dreams. I believe that his next book will be a story that will take my breath away as The Alchemist and Manuscript Found in Accra did.

The writer is a student of Atta Shad Degree College. He can be reached at [email protected]