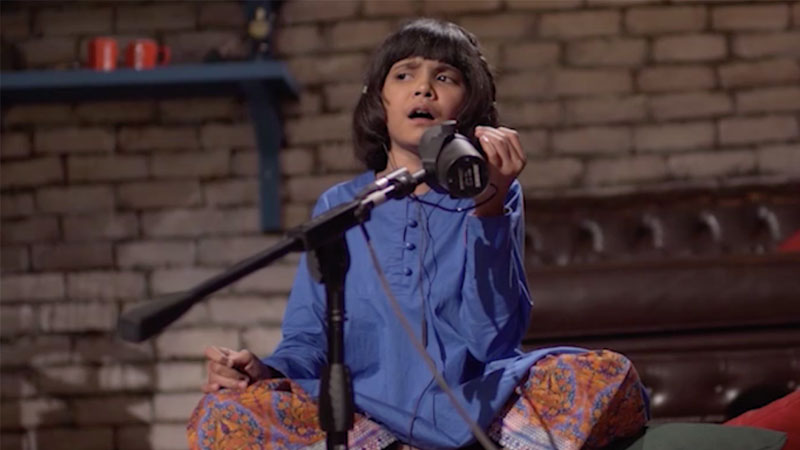 In association with the Surtaal Music Academy, the Nescafe basement team has aired their first episode of 2019, featuring the eight-year-old, Hadiya Hashmi. Hashmi trained at the Surtaal Academy for a year, which is run by music instructor Ziaul Haq. From there she was selected to perform in Nescafe Basement by the show’s producer Xulfi. Xulfi is all praises for Zia’s efforts to teach small children about music.

Hashmi’s rendition of the song, ‘Bol Hu’, earned the young singer high praise and the title of future Abida Parveen.

“Such initiatives will help attract new talented individuals who are looking for a platform as well as it will help revive Pakistan’s music industry. This is the main aim of NESCAFÉ basement: to create a future for the music industry of Pakistan. And this young generation is the future,” Xulfi said.

There can be little doubt that Nescafe Basement has been helping young singers to realise their dreams by honing their God-gifted talents and by providing a platform where they can showcase their skills.

The show’s format of re-establishing old cover songs makes it a hit with the audiences and every year new musicians are introduced with innovative ideas and fresh abilities.

‘Bol Hu’, originally sung by Soch the band, represents an association of prayer with the lyrics. Along with Hadiya’s powerful voice, it also features Jamil Ayyan, a Dambura player from Quetta. The song is a union of different genres, proving music transcends age, experience, cultural backgrounds.

Xulfi, through Nescafé Basement’s platform, managed to pull off this masterpiece. The song portrays intense labour of love and it’s really visible through the performance of Hadiya.