Schools can be nationalised: Justice Gulzar 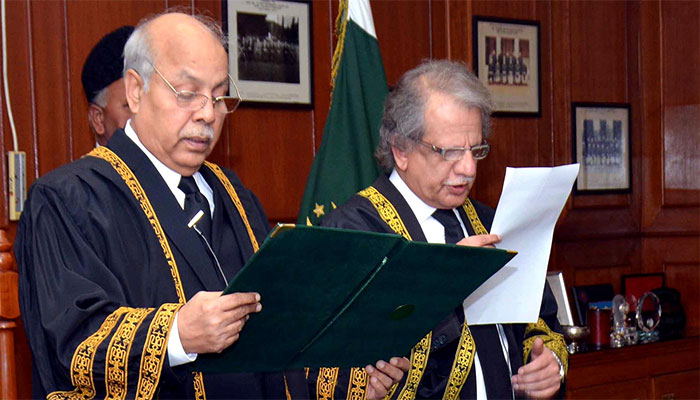 ISLAMABAD: The private schools can be closed or nationalized said Justice Gulzar Ahmed on Monday as he headed a three-judge Supreme Court bench which heard a contempt of court case against two private schools.

During the hearing, Justice Ijazul Ahsan snapped the private school authorities and said, “How did you have the audacity to term the court’s decision regarding hike in school fee “a draconian judgment”. Your letters to parents are in contempt of court.”

Justice Gulzar added, “What kind of things do you write? We should close your schools and can even nationalise them. We can ask the government to handle the administrative affairs of your schools.”

The counsel of the private schools then said, “We apologise to the court. No such thing will happen again.”

At this, Justice Gulzar said, “You can submit a written apology and we will take a look. We will get an audit done to check whether you have black or white money.”

“Education has been made into a business,” he said and added, “Schools are not a money-making industry. The counsel of the private schools then told the bench, “We did not intend to affront the court and have implemented court orders and reduced fee.”

Justice Gulzar further remarked, “We are aware of the kind of remarks that were passed after the court order. Why don’t we deal with private schools and order the government to take charge of them? Schools are neither an industry nor a money-making sector.”

The hearing of the case has been adjourned by the court for two weeks.