Not looking to play a mother who makes others laugh: Hina Dilpazeer 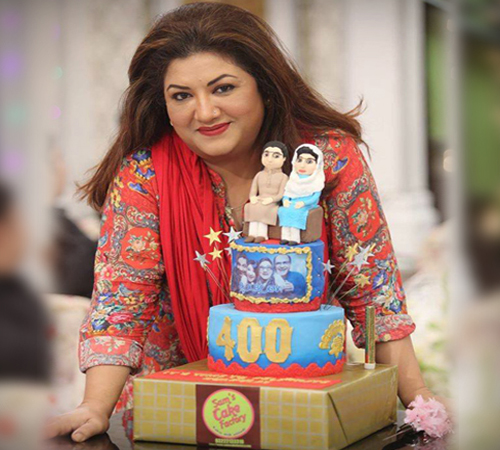 “I have been offered multiple films but I have to see what potential the role has. In every project there is a mother who is comical, but I am done with this character now. I am looking for something interesting; not a mother who makes others laugh,” she told the publication.

“If films will be made on a certain formula then I might not do films at all. If I get a good character, if I get a chance to do something really different (other than my past work), I will definitely do that,” she added.

The actor is best known for her role Momo in ‘Bulbulay’ which became one of the most watched comedy dramas in Pakistan due to her performance. Other notable works include Mitthu in ‘Mitthu Aur Aapa’, Shakooran in ‘Quddusi Sahab Ki Bewah’ and Saeeda in ‘Burns Road Ki Nilofar’ for which she won Best Female Actor in a Supporting Roleat Kara Film Festival. Most recently she was seen in the play ‘Bhai Bhai’ that was directed by Pakistani Hollywood actor Faran Tahir.