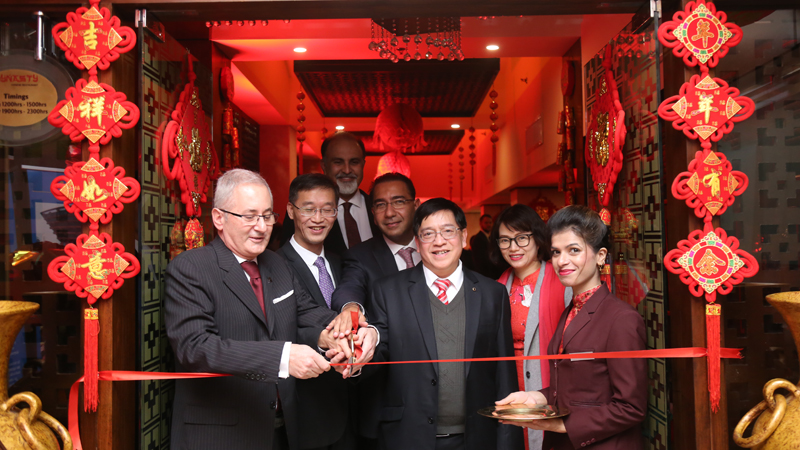 The Chinese New Year or Spring Festival was celebrated with fervour at a local hotel as Hashoo Group Chief Executive Officer and Deputy Chairman Murtaza Hashwani and Marriott Hotel General Manager Maurizio Romani, hosted a reception at Dynasty on Friday.

Chinese Ambassador Yao Jing was the guest of honour at the occasion, which is considered the most important Chinese festival. Various members of the diplomatic, business and literary community attended the event which paired traditional celebrations with a new menu crafted especially to commemorate the holiday.

The Lion Dance drew admiration from the audience as it created an atmosphere of festivity. Performed to bring prosperity and good luck for the upcoming year, the dance was especially appropriate to herald the onset of the Year of the Pig.

Performed in dragon’s costume, accompanied by the music of beating drums, clashing cymbals and resounding gongs along with lion dances imitate a dragon’s various movements or demonstrate martial arts agility, depending on the style.

The special menu was curated by the hotel’s Chinese Executive Chef Zubin who selected foods that symbolise prosperity and good fortune such as fish which sound like the Chinese word for surplus. The menu will be available for the week of celebrations for the Chinese New Year.