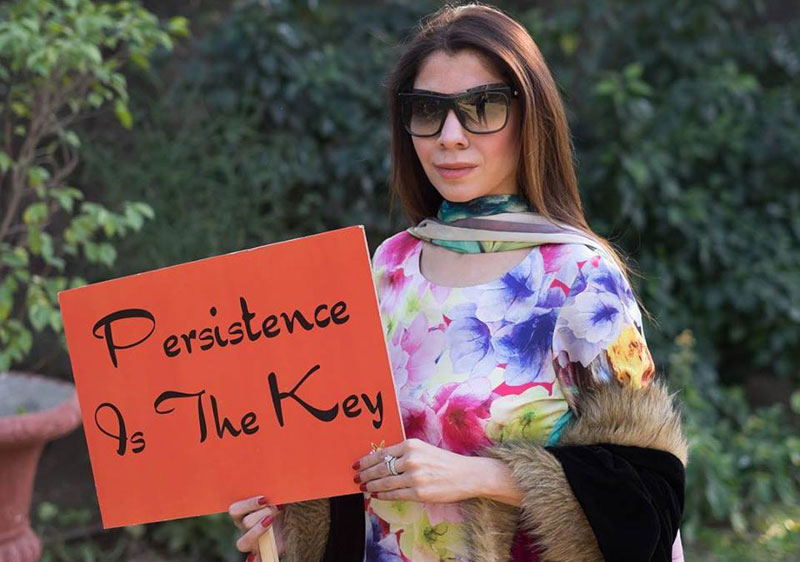 There are exhibitions aplenty to help women look more on point as well as salons in every corner of this country to facilitate women in primping and pampering!

There are also English tuition centres everywhere to teach women English with the correct pronunciation and accent. But there are no places or avenues where a woman can go to be inspired, to feel motivated and to be compelled to do the best she can do and be the best she can be.

“I am a huge believer in the fact that inspiration is the weapon of every woman. If we can inspire women, we will be amazed at what they can achieve. A motivated women force is what Pakistan and the world needs and I am happy to play my small role in helping achieve this,” ScaryAmmi Founder Ayesha Nasir said.

CNP WCCI President Dr Shehla Akram is an established businesswoman and entrepreneur and has long been associated with encouraging women in the world of business.

“This conference is like a dream project for me,” she said. “I have seen motivated and inspired women achieving the improbable and making the impossible possible.”

More than 150 women from all walks of life have registered for this conference, with the majority being entrepreneurs who are eager to use this conference for learning as well as networking purposes.

“I am super excited that this conference is taking place on Saturday,” InstaFoods Chief Executive Officer Tehmina Chaudhary said. She is also the founder of Connected Women. “This is the first time ever that such an initiative is launched in this country.”

The event included a lifestyle and fashion element in its agenda hosted by Natasha Hussain. Talking exclusively to Daily Times, Natty said, “When I heard about this event, I was super excited to be a part of it. What could be a better agenda than the aim of inspiring and motivating women and helping them be successful. It’s a unique and novel event and one I am super excited about.”

The event featured an orange carpet which was hosted by renowned RJ Sophiya Anjum.

“This event is so different from anything I have done that I can’t help being super excited being a part of it,” she said. “Also I haven’t really hosted an orange carpet before. It’s only been red carpets so far.”

The conference had an exciting line-up of speakers ranging from keynote speaker Qasim Ali Shah who is a renowned motivational speaker in the country.

“I’m just coming to listen to him,” teacher Raahema Hammad said. “I have heard that his speeches are transformational.”

Laughter therapist Yasmin Butt also expressed her excitement on being able to make a room filled with hundreds of women roar with laughter. “I have never really been a part of an inspirational event before so yes this is rejuvenating and exciting,” she said.

As the countdown begins, the excitement is palpable. A number of pre-conference events have been planned such as a makeup workshop to help the participants learn the right look for an orange carpet and a styling workshop.

The writer can be reached at yumnarehman1991@gmail.com