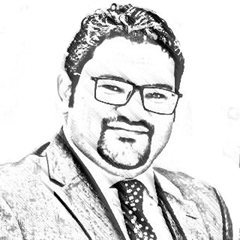 Integrity means being honest and having strong moral principles. The mere definition needs to be read along the Article 62 (1) (g) of the constitution of Pakistan. The article states that ‘a person shall not be qualified to be elected or chosen as a member of Majlis-e-Shoora (Parliament) unless-he has not, after the establishment of Pakistan, worked against the integrity of the country or opposed the ideology of Pakistan. ‘

Our history is full of parliamentarians who have worked against the integrity of Pakistan after its creation. Yet we have done nothing to filter them out of our democratic system. We have accused many politicians of being dishonest towards Pakistan for their corruption but the failure has been electing members of parliament without strong moral principles. The parliamentarians who change political parties have no moral principles when it comes to politics let alone Pakistan.

Another way of understanding the integrity of Pakistan is by looking into parliamentarians who keep silent on anti-state activities. Former Prime Minister (PM) Nawaz Sharif did not have an official stance on Kulbhushan Yadav. This should have been the reason for his disqualification from Parliament let alone assets beyond his means. However, the moral political police, i.e. the politicians of Pakistan are least bothered about the integrity of Pakistan.

Pashtun Tahafuz Movement (PTM), a social movement for the Pashtun human rights has gained some support from the public recently. Ali Wazir and Mohsin Dawar the two independent elected parliamentarians in the national assembly of Pakistan are associated with PTM. There public gatherings have been non-violent but there anti army stance has led them to be generally considered as anti-state elements. The two have openly supported anti-military stance, but that is against the integrity of Pakistan. PM Imran Khan offered Ali Wazir a ticket from NA 50, which he declined. Hence, Imran Khan did not plant another candidate against him politically. The question remains that PM Imran Khan offering him a ticket was against the very article of constitution in discussion. Imran Khan should understand that integrity of Pakistan is to be held as a foremost priority for any PM, elected or selected. All these parliamentarians need to be disqualified against the said article of the constitution. This does not mean that any social movement should be suppressed on the pretext of being anti-state. The state is answerable and it is bound to provide for the fundamental constitutional rights of all Pakistanis, irrespective of their political, ethnic and religious ideologies.

As a strong proponent of democracy no one would ever wish for dictatorial rule. The country has suffered a lot and the dictatorships have tarnished the integrity of Pakistan. All dictators have been dishonest to Pakistan and have moulded the principles of morality for the integrity of Pakistan according to their interests. They have held in abeyance the constitution of Pakistan and they have never been part of the parliament. So they never face the bells of this article.

This article of the constitution defines us as a Pakistani who stands by the morals and principles on which this country was found. It also gives us the power to throw out anyone who is working against the integrity of Pakistan. The power vested by the constitution to the people of Pakistan should make us proud for what we are as a nation.

The writer can be reached @ashterhaider