Khan’s humanity and the citizenship issue

On September 17, 2018, Prime Minister Imran Khan announced that his government would grant citizenship status to Pakistan-born children of foreigners. The Prime Minister’s sudden statement greatly raised the hopes of about two to three million persons, a little over one percent of the entire population, mostly persons of Afghan and Bengali heritage, who have been living miserable lives in the country as sans-papiers. Since the Prime Minister’s promise was only in accordance with existing law and required no new legislation, the hope it raised was that Pakistan’s sans-papiers would, the very next day, be able to obtain Computerized National Identity Cards from NADRA and passports from the Directorate of Immigration and Passports. Commentators pointed out that the legal worth of the Prime Minister’s policy statement was enhanced by the fact that the Cabinet does not have a Federal Minister for Interior at present and, therefore, both institutions fall directly under Imran Khan’s command.

More than three weeks later, however, the PTI government has yet to deliver on this promise. NADRA continues to refuse CNICs and DG Immigration continues to refuse passports to Pakistani-born persons of Afghan and Bengali heritage. The PTI leadership is now trying to take cover under statements made in the National Assembly by politicians belonging to ethnic parties who have vigorously opposed the proposal.

Most mature observers of Pakistani politics would by now agree that the PTI is a party of broken promises. Given this sordid background, the initial euphoria created by the September 17 statement has fast faded. Now, the unfortunate question which confronts us is: Will this be another of Khan’s U-turns?

There are three reasons why I don’t think the fate of Khan’s promise of giving citizenship to Afghans and Bengalis will be as bleak as that of his other promises. He won’t be able to wriggle out of this promise, for three reasons. 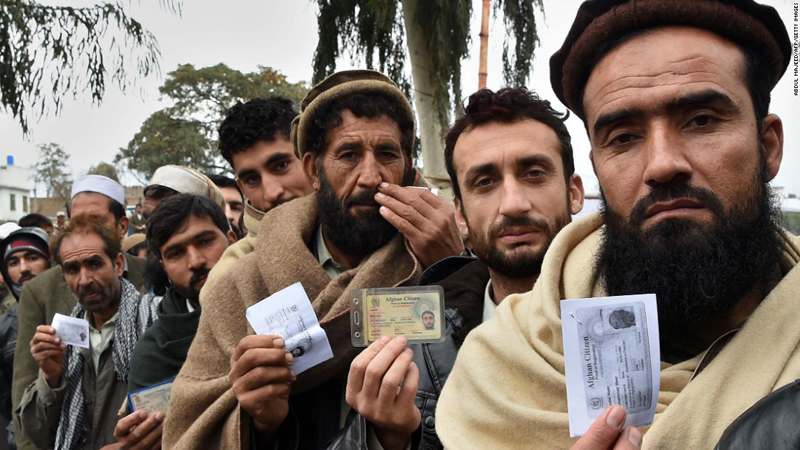 First, the Law. What Khan has promised, he is actually obliged to do under the law. No new law is needed for integrating the vast majority of Pakistanis in the citizenship pool. The politicians and bureaucrats who say that new legislation is needed for delivering on this promise are either ignorant or lying.  If anything, new legislation would be needed to prevent Khan from doing what he has promised. My friend and fellow lawyer Umer Gilani made this argument in another reputable paper back in Oct 27, 2016. Let me recap the law regarding citizenship, insofar as it relates to this issue.

Under Section 4 of the Citizenship Act, 1951, a law framed by the founding fathers of our Republic, every child born in Pakistan is entitled to get citizenship, regardless of who the child’s parents were and how they ended up here at the moment of the child’s birth. There are only exceptions from this rule: children of diplomats and children of occupying enemy combatants. There is no exception in this statutory rule for children of refugees. By virtue of Section 4 alone, well over two-thirds of so-called Afghan “refugees” in Pakistan are already entitled to claim Pakistani citizenship. Of course, those who claim citizenship in this manner and are now over 18 would have to choose between Pakistani citizenship or Afghan citizenship.

By virtue of Section 4 alone, well over two-thirds of so-called Afghan “refugees” in Pakistan are already entitled to claim Pakistani citizenship

Then, there is the naturalization route. Unbeknownst to many, Pakistan has in force a Naturalization Act dating from the year 1926. Under this Act, roughly everyone who has continuously resided in Pakistan for over 5 years, is able to speak one of the Pakistan’s many languages and is not a criminal is entitled to become a Naturalized citizen.

Finally, there is the marriage route. Any foreigner woman who marries a Pakistani man is entitled to claim citizenship. Here again, there is no exception in the law for citizenship.

So the law is quite clear and generous. Why did none of his predecessors enforce these legal rights? Because the rule of law is a relatively recent phenomenon in this country and, for the most part, state officials only enforce laws which they are comfortable with, ignoring all others – especially, laws whose benefits accrue to impoverished and disempowered persons like refugees.

If Khan tries to wriggle out of his, some court will step in to enforce the law and steal all the credit, leaving Khan with the responsible for handling the political fallout. Khan won’t let it happen. He is too smart for that.

That second reason why Khan won’t wriggle out of this promise: political brownie points. The beneficiaries of this policy may only comprise one percent or so of the population but they are concentrated in what political gurus call “marginal constituencies”. By enfranchising refugees, the PTI will create a loyal base of votes in Karachi and northern Balochistan, which just might be enough for it to gain the edge it needs. The louder the stance of opposition to this decision, the deeper will be the voter loyalty eventually gained by PTI. What sort of a politician will miss this opportunity?

Finally, there is the problem of Khan’s humanity. Khan might be as politically opportunistic and deceitful as any other major power-brokers in the country, but his humanity is not yet completely stone-hearted. The September 17, 2018 speech betrayed a little bit of that part of Khan’s soul, the part which is not content with simply having become Prime Minister. There is still a part of his soul which has not been consumed by the rat-race of power, which yearns to leave behind a legacy of grace, charity and love. Khan’s humanity will not allow him to betray the community of Pakistan’s multi-generational refugees whose hopes he has raised. I think he would be tempted to intervene in this issue, even against the soulless advice from the national security establishment which he regularly receives and often heeds.