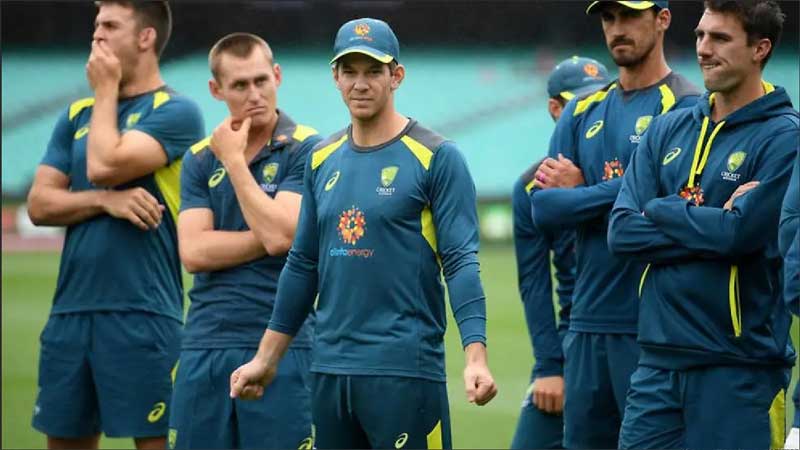 Tim Paine had a few wishes coming into the final test of the home summer against Sri Lanka ahead of this year’s Ashes and the Australia captain left Canberra with a fair idea of what the team should look like in England in August. The 34-year-old wanted pace spearhead Mitchell Starc and batting mainstay Usman Khawaja to find form, his batsmen to end Australia’s century drought and also change his own luck with the coin toss at Manuka Oval. He wasted precious little time to tick one of the boxes and won only his second toss as Australia’s captain, by flipping the coin with his left hand. Joe Burns then scored the first century since Khawaja’s 141 in the drawn Dubai test against Pakistan last October and was soon matched by Travis Head and Kurtis Patterson. It was then left to Starc and Khawaja and the duo did not disappoint either.

The fast bowler picked up a 10-wicket match haul while the left-handed batsman remained unbeaten after completing his eighth test hundred. With their Ashes rivals getting thumped in West Indies who have clinched the three-test series with a match to spare, Paine could not wait to get to England for the five-match series beginning on Aug. 1. “I’ve been dreaming about it actually. I’m happy now that we’ve got this out of the way I can put everything into it,” Paine told reporters after his first series win. “Every Australian cricketer can’t wait to go and play an Ashes series and particularly in England, it’s something that I’ve certainly dreamed of as a kid, I didn’t think I’d be going over as the captain.

“In the back of my mind I’ve been thinking about it, I’ve been watching England, keeping a really close eye on them, I can’t wait to get over there.” Paine anointment was in difficult circumstances when captain Steve Smith and his deputy David Warner were handed year-long bans for their roles in the ball-tampering scandal in South Africa last March. The scandal had wide-ranging ramifications as several sponsors withdrew, Cricket Australia heads rolled, and critics flayed the team culture. “We spoke at the start of the summer about our main priority was to win back the respect of the Australian public and our cricket fans,” Paine said. “Sitting here now we’ve gone a long way toward doing that.

“It’s in difficult times you see the characters you’ve got in your group and it’s confirmed to us we’ve got some good characters, some strong characters and some people we can build a really strong Australian cricket future on.” Paine was pleased with the way his team played against Sri Lanka and felt they would have defeated any opposition in the world with those performances. And Australia will look even stronger in the Ashes series with Smith and Warner back in the side, he said. “I think everyone has, to a degree, got to earn their stripes. Those two have plenty of runs in the bank,” Paine said. “I see us going to the Ashes and them having a huge part in us winning the series. That’s how I see how important they are to this team. We know how good they are. Hopefully once their bans are up they’ll be welcomed back and they’ll win test matches like they did beforehand.”