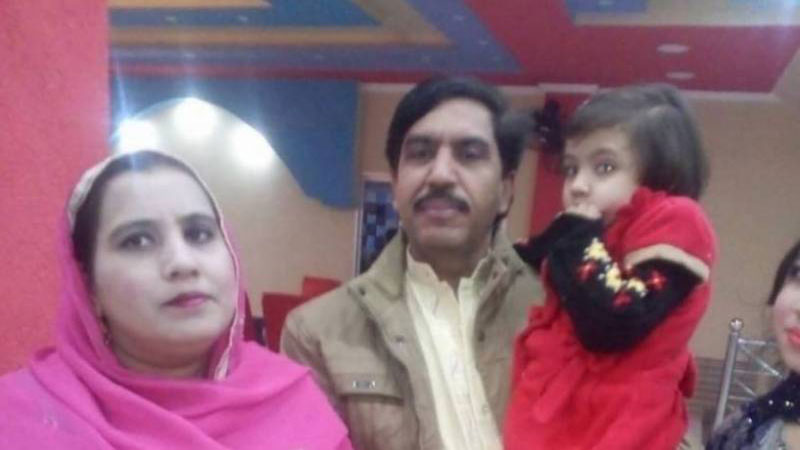 The heirs of those killed in Sahiwal ‘encounter’ have accused the Counter-Terrorism Department (CTD) of trying to save their colleagues by exerting pressure on the family to drop the case.

Talking to reporters here, the family and its lawyer Shahbaz Bukhari claimed that the CTD is threatening them with dire consequences if the case is not dropped. He alleged that a top CTD official called him and threatened to kill him. He also presented a seven-minute recorded audio of the call and added that the recording has been forwarded to joint investigation team (JIT) head Additional IG Ijaz Shah, who has in turn pledged a ‘definitive action’ on it. “CCPO Lahore has also been informed of the threats,” he said, and asked the government to provide them adequate security.

The family and their lawyer hoped that the incident will be treated with due diligence. Detailing the future course of action, the lawyer said a petition will be filed in the Lahore High Court to shift the case from Sahiwal to Lahore.

On the other hand, the JIT spent three hours at the Yousafwala Police Station on Monday and despite announcements through mosques and notices posted on walls, only two people came forward to record their statements who too had arrived at the scene of the ‘fake encounter’ after the firing had taken place. “Two statements have been recorded. We will come again if anything else comes forward. We are in Sahiwal and eyewitnesses can come to meet us this evening or even tomorrow (Tuesday),” AIG Aijaz Shah said.

Meanwhile, the post-mortem report revealed that teenage girl Areeba, who was gunned down along with her parents in the alleged encounter, was shot at six times from a close distance. She received four bullets within a nine-cm patch on her upper body, which also singed her skin due to close distance. The intensity of the bullets broke Areeba’s ribcage too, stated the report.

The woman, Nabeela, received four bullets, out of which one went through her head. Khalil got 11 shots and one bullet pierced his head too, said the report. It further said that driver Zeeshan got 13 bullets and the bullet which hit his head caused bones to stick out of the skin.

According to the report of the wounded children, six-year-old Muneeba’s hand didn’t get hurt by window glass but a bullet pierced it. The report said that another child, Umair, was hit in his calf by a bullet. The gunned down people were shot at 34 times from a close distance, it added.

On January 19, the CTD claimed in a statement that they signalled a car and a motorcycle to stop near Sahiwal Toll Plaza on GT Road, but they did not pull over and instead opened fire on the police. The CTD officials retaliated and four people, including two women, were killed by the “firing of their own accomplices” in the ensuing firefight, according to the CTD. However, later it transpired that except for Zeeshan, all other occupants of the car were an innocent family.