God and the blind man 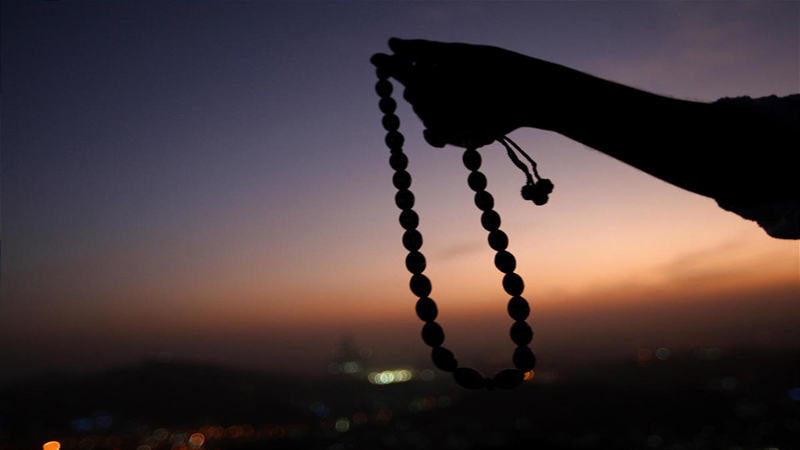 In his late middle age, one day he felt that everything around him was out of proportion. Initially, he did not disclose it to anybody and waited for the things to get back to the track themselves.

But such did not happen. He noticed that earlier when he went to bed, he would continue to sleep peacefully unless somebody jolted him out of slumber in the morning. But now he would shudder out of sleep twice or thrice to drink water. He would look out in the dark and gaze at the cluster of stars in the sky. He was afraid of the silent night. He felt as if he had been tied to chains, and despite all his efforts, he could not set himself free. He thought he was a prisoner of the stars and the dark night.

He lamented that he had grown old and death would be his next destination. He never wanted to die at this stage of his life. Whenever, he woke up in the late hours of the night, he was overwhelmed by the fear of death. The night became a persistent sign of fear for him. Thus, he tried stay awake as long as he could so that his sleep did not get interrupted too often. No matter, how late he would go to bed; he would open his eyes in the late hours of the night. He would gaze at the stars and ponder over his existence. Death had become the ultimate truth of his life.

He also noticed weakness in his body. At times even, he could not stand to his feet. If it was a sign of old age or fear of death, he could not determine it.

He thought to see a doctor but soon decided against it because he was convinced that no doctor could ever cure what he was going through. He wanted to cast off these nameless fears.

“Why should I fear death? Everybody has to die someday”. He tried to solace himself. But neither it helped him get rid of fear of death nor gain physical strength. He felt as if he had fallen deep in the cavern of his soul.

For a moment he decided to share it with his wife and children. But again, he decided against it. He believed that one should keep some secrets with oneself. One may share worldly happiness and sorrows to one’s parents, spouses and friends but nobody should allow the other to peer into one’s soul. Thus, he continued to bear the spells of midnight wakefulness and his bodily pains alone thinking that one day he would be relieved from all these ills.

He knew physically he was fine because he did not have any complaints about pain in any part of his body. He would eat and drink as usual and there was no sign of wounds on his body that could cause him pain and sleepless nights. Yet he felt a disorder in the elements of the universe which continued to hunt his soul. Fear followed him like a giant octopus. Some days later, he felt an octopus was really prowling behind him. At times he paused and even looked around and then tried to run fast to leave the octopus way behind. But now it had become a persistent sight.

“If I need freedom then I must go far away from this octopus”, he thought. “But who could help me get away from it”?

“If the octopus continues to appear in my sight, freedom and order would be a dream for me”.

One day he got to the clinic of his doctor friend. After initial investigation he told him that clinically he was fine.

“If I am fine, then why I could not get to sleep at night? And why does the damn octopus follow me”? He asked the doctor in a curt tone. The doctor looked around and asked him:

“What happened to you, Munir? Have you gone mad? Where is the octopus”?

He smiled and replied, “It is not following me alone. Look there it is following you too”. He got up from the patient bed and buttoned his shirt.

Doctor was taken aback. He turned back to see if really there was any octopus there. Then he placed his hand on his friend’s shoulder and said:

“Come on be frank! What has happened to you”?

“I do not think that anything has ever happened to me. By the way, why are you afraid of the octopus? But remember my friend, everybody has this very octopus in their mind. But it never makes any appearance in the eyes of bolds and braves. It rather comes to haunt cowards like us. Thus, we are afraid that it is following us”.

He lamented that he had grown old and death would be his next destination. He never wanted to die at this stage of his life. Whenever, he woke up in the late hours of the night, he was overwhelmed by the fear of death. The night became a persistent sign of fear for him

Doctor was now convinced that his friend was talking about a psychological illness called persecution mania. So, he turned to him:

“I think you are talking about persecution mania. Are not you”?

He touched his friend’s forehead with his hand and replied:

“I am sorry, but you are trying to figure out my illness through superficial psychological parameters. If I am clinically fine, as your investigation suggested, then I am convinced, I do not have any psychologically disorder either. I am afraid, but you cannot determine my illness, my brother”.

Doctor was in a dilemma. He served him a cup of tea and said: “Then, after all, what do you think, has happened to you”?

He again smiled and said:

“Pray tell me, what is wrong with you”?

“I do not know myself that is why I came here to seek your help”.

“But I cannot figure out your illness either”.

“Then you must see a seasoned psychiatrist”.

“I do not believe in them because they try to sort out the ills of soul through theories and books while man’s sufferings havesurpassed all these bounds”.

“Alright. Then you should seek a dervish or fakir”.

“I do not believe in them either”.

“Nothing but to endure infinite pain”.

Silence ensued between them.

Doctor was to see other patients as well and his friend was aware of that so he got up and turned to the doctor:

“Thank you doctor for your time. Like you I am also convinced that I do not have any physical or psychological illness”.

He strolled out of the door

The sun was setting on the far end of the horizon and the road was crowded with heavy traffic. He was forcing his way through the heavy traffic when his eyes fell on a blind man stuck in the traffic. He strolled towards him and helped him cross the road. While trudging with the help of his walking stick, the blind man asked him:

“What is your illness”?

“It has something to do with my soul and I am sureno doctor can ever cure it”.

“Give me your hand. He stretched his hand and the blind man after having felt his pulse said “I know what is wrong with you”.

He grew curious and asked him back:

“Then please let me know”.

“You are wandering in search of God but so for you have tried to seek Him through contemplation; he is beyond contemplation. You can only find him in your deeds and actions”.

“Go home in the name of the very God, whose this blind subject you just helped cross the road. Go you will find Him within yourself”.

He felt a strange taste in the words of the blind man which was lacking in the prescriptions of doctors and psychiatrists.

After that day, he never shuddered out of sleep in the middle of the night.

This short story is a translation of a Baloch story written by Munir Ahmed Badini. The translator can reached at fazalbaloch144@gmail.com