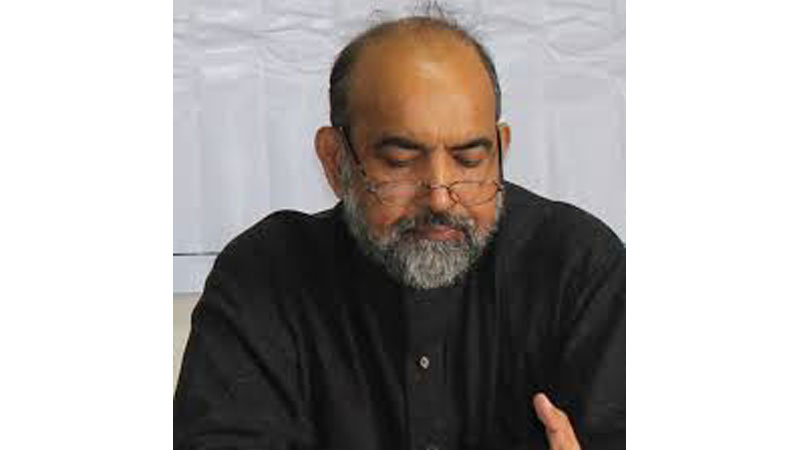 Speakers at an event organised by the Pakistan Institute of Peace Studies on Saturday said that the only way forward for Pakistan was dialogue.

“Different segments of the society, irrespective of their political leaning; civil and military players; government and opposition should hold dialogues with each other to get out of the problems they often blame on each other,” said speakers during the first-ever daylong ‘Dialogue Pakistan 2019’ organised by PIPS, a leading think tank of Pakistan.

Council of Islamic Ideology Chairman Dr Qibla Ayaz said religious slogans were used in the run-up to the country by the mob, and not the elite. Karachi University’s Dr Jaffar Ahmed said the country was founded as a result of separatist ideals, rather than any religious ones. “After the country was formed, the discourse shifted to political Islam, which was used by successive governments and bureaucracy to further their end.”

Former senator Afrasiab Khattak argued that enforced uniformity was problematic. Such top-down approach had failed in the past, and would do in the future, he said.

Former Balochistan chief minister Dr Abdul Malik Baloch said that the religious construction of Pakistani nationalism was not creating cohesion, the brunt of which was borne by smaller ethnicities. “As Pakistanis, we want preservation of our languages, cultures, and resources.”

On the issue of national security, former senator Farhatullah Babar called for dialogue between civilian and military leaderships.

The issue of national security, the dialogue noted, often ended up with polarizing debate on civil and military relations, with no way out being sought. PIPS director Muhammad Amir Rana noted the issue seemed to be more about struggle over resources between the two players.

The issue of parliamentary supremacy also came in the dialogue. Several former and serving parliamentarians wondered if parliament really was supreme, saying there always were constraining forces. Farhatullah Babar said it was incorrect to blame parliament for not doing its job, saying that many questions of parliament were unanswered on the grounds of being “sensitive and secretive”.

PML-N’s Senator Parvez Rasheed argued that political parties were fighting for their own survival. “They have to bear cases, which are implanted on them, he said, leading to a situation in which parliament takes backseat.”

Meanwhile, former military official Lt Gen (r) Amjad Shoaib asked who stopped parliament from taking matters of public interest. He asked why parliament did not discuss economic issues. He contested the view that the country was becoming a security state, saying there was no controlled environment.

Former MNA of Jamiat Ulema-e-Islam Hafiz Hussain Ahmed said political parties were also responsible for weakening parliament. PPP’s Nafisa Shah said parliament had often not been treated seriously by members. She called for making it more transparent and accessible to the people.

On foreign policy, scholar Moeed Yusuf said, “While we continue to indulge in debates about facts, the world around is changing.” He said ten years down the road, India-Pakistan power differential would be equal to India-Sri Lanka’s. He said Pakistan’s foreign policy centered around India. “It is reflected in all its relations, with all its neighbours. Virtually every single decision we made has been driven around India,” he said.

Journalist Rahimullah Yusufzai said “insecurities emanating from India essentially tailored our policy around India”. Former foreign minister Inam ul Haq said India appeared to be more obsessed with Pakistan than Pakistan was with India. After all, while Pakistan is an issue in India’s domestic politics, in Pakistan, India is not, he said. Similarly, former director general of Inter-Services Public Relations Maj Gen (r) Athar Abbas said one needed to be prepared for challenges. “When Indian national security advisor talks about covert operations,” he said, this is a challenge to be confronted.

On Afghanistan, Inam ul Haq said Pakistan was “overly apprehensive” of Indian influence. He argued that Pakistan should have no qualms about Afghanistan trading with India. Meanwhile, Rahimullah reminded that since 1960s, Pakistan and Afghanistan had been supporting each other’s opponents.

Sharing the rationale of the Dialogue Pakistan 2019, PIPS Director Muhammad Amir Rana said that problems in the country could be resolved by promoting the culture of dialogue. Former CII Khalid Masud said dialogues were rooted in Islamic traditions, and that dialogues, which were about exchanging views among each other, could help achieve consensus on different issues. Dialogues, he said, not only provide rights to the citizens but also strengthen the state.