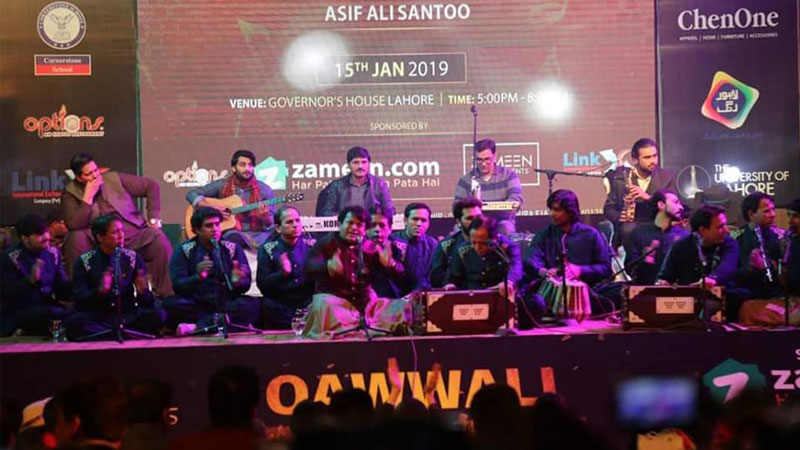 The event was arranged with the cooperation of Alhamra Arts Council. Punjab Governor Chaudhary Muhammad Sarwar, University of Lahore (UoL) Patron Awais Raoof along with Members of Punjab and National Assembly attended the event, which was marked with art and music. It was a family event in which families, media persons, exclusive guests and youngsters were invited.

The event began with the name of Allah, followed by a performance of a student from UoL that captivated the audience. Singer Farhana Maqsood also performed and enthralled the audience with her melodious voice. And last but not the least veteran qawwal Asif Ali Santoo also known as the Prince of Qawwal performed amidst cheer and applause. A lavish dinner was served later for all the attendees.

Fayyazul Hassan Chohan expressed his views and appreciated the young talent and encouraged them to continue with this passion of theirs.

He lauded Alhamra’s efforts in arranging the cultural night which would now be held every month. He also announced that Rahat Fateh Ali Khan would be invited to perform the next time.

The event was a success as everyone enjoyed themselves to the fullest, from children to youth to adults. More than a 1,000 people were present at the event.