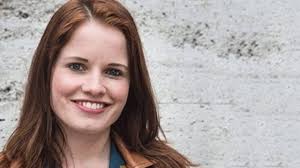 ISTANBUL: Turkey on Thursday deported a Dutch journalist from the country on the ungrounded accusation of terror links with armed militants in Syria.

The Coalition For Women in Journalism condemn the detention and deportation of Dutch journalist Johanna Cornelia Boersma, who also goes by Ans Boersma. She was detained on January 16, at the Bakirkoy Ikametgah office, and subsequently deported early morning on January 17.

In a press statement the Coalition For Women in Journalism said that Boersma serves as the Economy Editor at Het Financieele Dagblad, a leading financial paper in the Netherlands. She is also a member of the Coalition For Women In Journalism, and a former fellow of the mentorship program. Ans has been largely covering economic beat and occasionally humanitarian stories in the country. The journalist had acquired her Turkish press card just a week ago, and had been actively working in Turkey since early 2017.

Our director, Kiran Nazish, who was there with Ans during the detention to aid with legal help and co-ordination says, “After thoroughly going through the documents and coordinating with the police, it seems that the reason of Ans’s deportation has no solid grounds. This incident has disrupted her ability to work in a country Ans dearly cares about and has worked thoroughly to gain expertise and connections in.” She adds, “During the time I have mentored Ans, I have seen her work extra hard to learn about the economic difficulties the country faces. I believe her reporting on this has contributed to a better understanding and kinder perspective about the country.”

She was stopped by Turkish police early morning on Wednesday. At the time, she was visiting the Immigration Service to get her residence permit extended. She was told that she was being expelled from the country for security reasons; however, no further details were given by the authorities. The Coalition For Women In Journalism believes that she was unfairly arrested and deported and the Turkish authorities should reveal more information with the press.

“I’ve been working with Ans as a fixer and a translator for more than a year. She’s very sweet, and she’s very careful about what she writes. She always cares about the facts, she never writes manipulative stuff,” said Hilal Sari, a local financial journalist who has worked closely with Ans.

“I don’t think anyone could say anything negative about her. It is scary that a journalist can be deported without any clarified reason.”

Colleagues and members of the Dutch trade union for journalists (NVJ) arranged a lawyer for her. Despite the involvement of the Dutch Consulate General in Istanbul, the deportation could not be delayed or cancelled. Boersma was not allowed to visit her home or collect any of her belongings before she was escorted to the airport.

We request the Turkish government to cooperate with the journalists working in their country. We also advice system of protection for journalists, or an ombudsman, needs to be formed, that especially focuses on offering legal correspondence to foreign and especially women journalists.