It is make or break time for the Congress

For four years and a bit, every time there has been a major state election, the dominant narrative is to call it a “test” for Prime Minister Narendra Modi and Amit Shah. The truth is, barring defeats in Bihar and Delhi in 2015, and a ‘stolen’ mandate in Goa in 2017, the BJP leadership has successfully passed almost every election test ( in Punjab, it was the BJP ally, the Akali Dal, which was the big loser). The time, therefore, has now come to reverse the storyline: the 2018 winter elections are, above all else, a stern examination of Rahul Gandhi and the Congress president’s credentials to lead an anti-Modi front in 2019. In the past 12 months, Mr Gandhi has got away by claiming to have scored a ‘moral victory’ in Gujarat by bringing the BJP down to double digits and then scraped through with a post-poll jugaad in Karnataka. Now, he and the Congress party are faced with a prospect of a battle in five states where there can be no more excuses for failure.

This isn’t just about ‘momentum’ before the big general elections. Remember, the BJP won in Rajasthan, Madhya Pradesh and Chhattisgarh in the winter of 2003 and yet lost the 2004 general elections. You need momentum at times in sports to succeed; in politics, you need it to stay relevant. The next round of elections is a challenge for the Congress to avoid being pushed into near irrelevance, where victory in two, if not three of the five states is critical to re-emerge as a potential magnet for new alignments.

Four months ago, in the afterglow of its post-poll alliance in Karnataka, the Congress seemed poised to craft a maha-gathbandhan or grand alliance against the BJP. That alliance is now rapidly coming apart because of a mix of regional contradictions and national aspirations. The decision of the BahujanSamaj Party’s Mayawati not to align with the Congress in the state elections is, unarguably, the biggest blow to opposition unity. Not only is she a key player in Uttar Pradesh, where her potentially game-changing alliance with the Samajwadi Party still seems on track, but she has a single digit, significant vote share in half a dozen other states, including MP and Chhattisgarh. In a bipolar fight in these states between the BJP and the Congress, she could have added a crucial incremental vote to the latter, apart from raising the intriguing possibility of a pan-India Dalit consolidation around the Opposition. 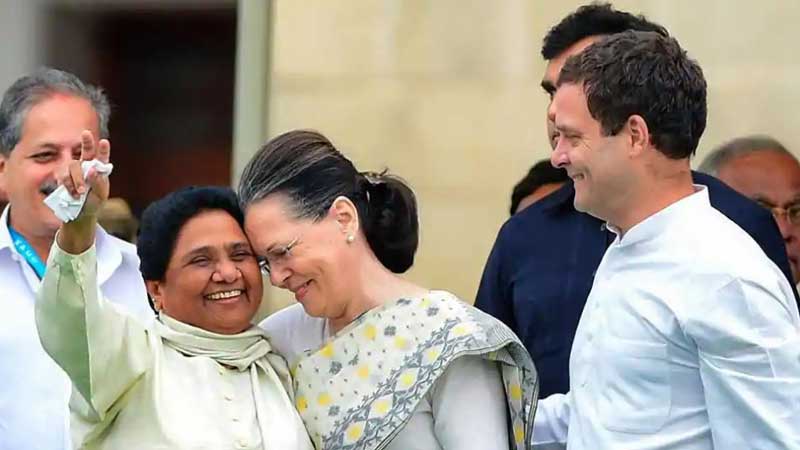 But for Mayawati, the key to power – her mentor Kanshi Ram called it the master key or guru killi – has always revolved around staying unpredictable and making short-term deals. Whether her choices are occasioned by the pressure of the numerous cases she and her family members face, or a conscious strategy to keep her options open till the Lok Sabha elections, the fact is, Mayawati has sent out a firm message: the Congress today isn’t a bankable deposit that can guarantee fixed returns.

It is precisely that perception of being a party in terminal decline that the Congress needs to erase in the next two months to offer a realistic nationwide challenge to the Modi-led BJP in 2019. In each of the three BJP-ruled states of MP, Rajasthan and Chhattisgarh, there is ample evidence, anecdotal and psephological, of a creeping local anti-incumbency to varying degrees. In Telangana, too, KCR’s decision to go in for a snap poll reflects a measure of anxiety. In Mizoram, the Congress remains the principal national player despite the BJP pushing for a strategic alliance of regional forces. In effect, the Congress for once, actually, has half a chance in each of the five state contestations.

And yet, the overwhelming impression is that the Congress could end up squandering the opportunity because of a frayed election machine that appears like a rickety second-hand car when compared with the resourceful BJP Formula One model. The BJP does have the hefty advantage of being financially well-endowed but money power is not always a decisive factor. The Congress must look within too and ask why its deeply factionalised state units have struggled to get their act together.

Most crucially, there is the ultimate Kaun Banega Crorepati question: can Rahul Gandhi deliver a major state to the party as its chief campaigner? In recent months, the Congress leader has shown some spunk in taking the fight into the Modi camp. The rhetoric may have got him the headlines but it hasn’t yet got him voter endorsement. In that sense, November-December 2018 could be make or break for the Congress leadership.

Post-script: At a recent media conclave in Kolkata, a Congress spokesperson insisted that the maha-gathbandhan was a media creation and the party was only pushing for state-wise alliances. The Trinamool Congress leader on the panel retorted, “In Bengal, we don’t need any allies.” The BJP representative on the debate just smiled. As turf battles intensify, who will have the last laugh?